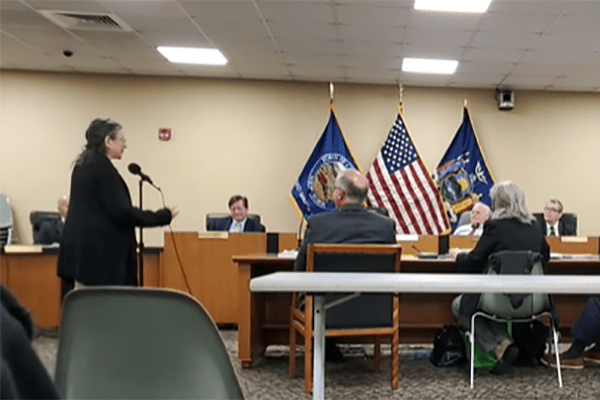 The Rockland County Legislature on Tuesday is expected to greenlight a request by Rockland Green (the former Rockland County Solid Waste Management Authority) to allow the Authority to ask the New York State Legislature to introduce “home rule” legislation that gives the Authority the ability to change its charter. The Authority wants to “expand the authority’s purposes, powers and responsibilities” to include animal management services to potentially put Hi-Tor Animal Shelter of Pomona under its umbrella.

On April 7, two Rockland County legislative committees unanimously approved the Authority’s request, but legislators Lon Hofstein and Alden Wolfe asked for more information, specifically financial projections, employment, and concrete data on how Rockland Green would incorporate the shelter into its raft of functions that focus on recycling and waste.

In additional to a handful of legislators who are seeking more information on the plan presented by Rockland Green’s Chairman Howard Phillips, who is also Haverstraw Town Supervisor, Hi-Tor board members, staff, volunteers, and residents want more than broad brush answers about the Authority’s desire to potentially take over the shelter.

But those in search of answers are going to have to wait. By several accounts, Phillips has urged the legislature to move forward with a vote on Tuesday so the Authority’s request can be considered by state officials before the state legislative session wraps up in early June. The measure is expected to pass.

Rockland Green needs approval from Albany to change its charter before the issue comes back to the legislature to be considered.

Some say this is a chicken-and-egg conundrum.

Many officials, including County Executive Ed Day, say it doesn’t make sense to consider the implications or the specifics of a takeover plan until or unless Rockland Green gets its charter amendment. But others wonder how the legislature and state officials can render a decision without anything but a scant explanation of Rockland Green’s potential plan.

Rockland Green’s board consists of the five town supervisors, two mayors, eight county legislators, and two representatives from the County Executive’s office. Six of the eight county legislators who sit on Rockland Green’s Board are also sponsors and co-sponsors of the proposed legislation to change the charter. They are: Jay Hood, Sr., Aney Paul, Aron Wieder, Douglas Jobson, Philip Soskin and Lon Hofstein.

In 2021, the Town of Orangetown terminated its agreement with the county’s only no-kill animal shelter though it agreed to pay nearly $40,000 for its 2020 contract. Dissatisfied with Hi-Tor, the town signed an agreement with the Hudson Valley Humane Society to handle its stray dogs, but not cats or any other animal.

“I recently learned that the move to have Rockland Green take over animal shelter services in Rockland was moving ahead sooner rather than later,” said Kenny. “I expressed my concerns about Orangetown residents being forced to have Rockland Green take our dogs. We understand there is a need for a new shelter in Rockland and expect to pay our share. However, I don’t think the residents should be mandated by Rockland County via a charge on our county tax bill for these services when we are extremely pleased with our current provider, the Hudson Valley Humane Society, both in terms of cost and services.”

Kenny says she is concerned that Rockland Green has not yet undertaken any cost analysis but believes a study would show that “running a shelter with civil service employees cannot be more effective than it being run privately.”

Also, it is unclear what role the Hi-Tor board would have if control of the shelter shifted to Rockland Green but some officials said it’s been suggested that one possibility could be that the board would remain in an advisory role. Board members have balked at that suggestion.

“We don’t know what’s going on,” said Pomona resident Arlene Kahn. “The community has questions. What is your intention? Will you hire and fire staff? You need to hold a community ‘Question & Answer’ meeting.”

Phillips responded, “We are not there yet.” Kahn retorted “Where are you?”

It is unclear when questions will be addressed, but prior to the public comment session, Phillips said, “All we’re doing today is listening to your concerns. We’ll get back to you at a later date.”

What Phillips has told the legislature, and has been saying widely on WRCR and in public, is that Rockland Green’s stewardship is one “option” or “an alternative” to run what he and some other town officials say is a mismanaged shelter. When pressed by county legislators for a more in-depth projection, he estimated Rockland Green would hire between three to five professionals. Rockland Green has no experience in animal shelter management.

A least one resident at the Rockland Green meeting suggested that the county hire an independent consultant to examine Hi-Tor’s strengths and weaknesses and recommend a path forward.

Phillips, along with Supervisor George Hoehmann, have been vocal critics of Hi-Tor for several years, and have made no secret of questioning the value of the contributions their towns make to run the shelter. In 2017, Rockland County negotiated a five-year contract with the towns to collect taxpayer monies to support Hi-Tor. While the towns had previously contributed to the shelter, the new contract raised these allocations, sometimes by three times – still a rather small share of taxpayers’ bills. The current contract expires at the end of this year.

But there is widespread belief among public officials that Hi-Tor is incapable of managing its affairs, and as the county prepares to build an $8.3 million shelter, change is needed. Day last October during a ceremonial “groundbreaking” said construction was expected to begin this spring, but that estimate has been pushed back to the fall because of delays with the RFP.

Phillips says Hi-Tor has had its “hills and valleys,” which is undeniable, but two shelter board members and Lindsay Carpenter, the new director of Hi-Tor, testified before Rockland Green that the shelter has taken a favorable turn and is on good footing. In addition to being financially solvent, operations are running smoothly, and the board is planning for the transition into a facility that will finally relieve the burden that has been at the root of much of the dissension that has played out publicly over the last five years.

“No one at Rockland Green is going to dedicate their time the way our board and volunteers do now,” said Carpenter at the Rockland Green meeting. “Don’t take the humanity out of Hi-Tor.”

Rockland Green’s efforts to take over Hi-Tor have been in the works for more than a year. Hi-Tor board members are incensed because Rockland Green has never approached the board to discuss its role in the shelter’s future. Hi-Tor, a nonprofit founded 50 years ago, is an independent entity but it is housed in a county facility. Monies for the new shelter include state and county grants, as well as monies raised through Hi-Tor’s fundraising efforts.

“I don’t understand how Rockland Green can just step in with no experience in animal care,” said Hi-Tor board member Helen Allen. “We’ve got public officials pushing a false narrative about Hi-Tor. But no one from Rockland Green, nor any of the supervisors, have come and sat down with us to talk. This is reprehensible.”

Allen added, “We deserve the right to take the new shelter into the future.”

In recent months, Hi-Tor has reconfigured its board, and DiBernardo says the organization is more solvent and stable than ever, with a projected surplus of $156,596 in 2021. The board president also signaled that the organization has begun to receive some significant donations in recent weeks.

The atrocious state of the shelter is at the heart of much of Hi-Tor’s recent conflicts. When Board President Debbie DiBernardo took the reins five years ago, she and many board members were in lockstep over moving the shelter in a no-kill direction. Residents and donors widely praised the shelter for evolving those principles, but it placed a logistical burden on staff, volunteers, and board members over accommodating more and more stray and rescued animals. At times, the shelter population swelled to more than 450 animals. Today, the shelter has fewer than 200 animals.

Just how many animals to take in – and whether that priority should be dogs or cats – became the subject of internecine wars at the shelter that divided board members and trickled down to resentment among some volunteers. Some board members who wanted to pare down cat intakes have since resigned but for several years, there was perpetual tension among the ranks over scaling back the number of animals inside the shelter. These differences of opinion boiled over onto social media, with discontented volunteers waging a war against the shelter online for some time.

“Every step forward was met by three steps backward by unfounded attacks on social media by a few disgruntled volunteers,” said DiBernardo.

At least a handful of these same volunteers also undertook a vigorous email and visitation campaign with town supervisors. In their communications, they alleged corruption and financial misappropriation at the shelter. This led Clarkstown Supervisor George Hoehmann’s office to ask District Attorney Thomas Walsh to investigate the allegations. DiBernardo is under criminal indictment for allegedly filing false documents over the intake of 17 kittens in 2020, but her attorney has filed motions in the County Court of Rockland County that say the District Attorney’s office provided inaccurate and misleading information to the grand jury. He has filed a motion to dismiss the case, saying the omission of significant evidence resulted in a misguided indictment.

The District Attorney’s office has told RCBJ it does not comment on ongoing cases.