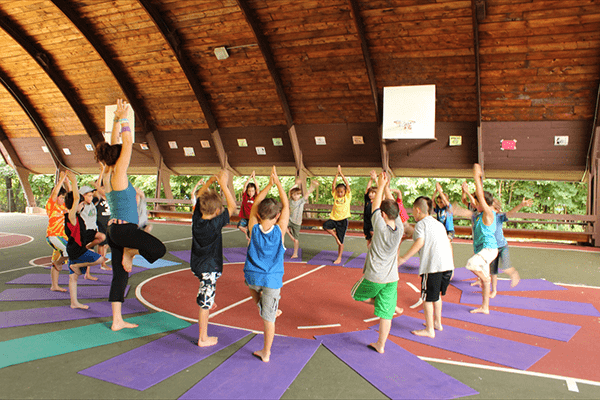 Rockland Summer Camps Challenged By Pandemic Are Coming Back Strong; Some Have Not Survived

Summer camp is a time-honored tradition that holds a place in the American imagination. It is also a tough business that calls upon camp owners to pivot and respond to changing market forces, most recently a pandemic.

Rockland County, once a rural outpost, remains blessed with summer day camps like Deerkill Day Camp in Suffern, founded in 1958. For the past 16 years, the founders’ granddaughter and her husband, Rebecca and Todd Rothman, have shepherded the camp through changing demographics, declining youth population due to lower birth rates, recessions, bull markets, greater competition from youth programs – just about everything that comes with the cycles and shifts of running a camp business.

“Many camps closed, some stayed open,” said Rothman. “It depended on risk tolerance.”

Nothing truly could have prepared the camp owners for the COVID-19 pandemic, barring some response around 2019 to a county outbreak of measles. But the Rothmans stayed the course, steering the camp through the rocky shoals of instituting pandemic protocols, scaling back on camper numbers, finessing hiring, transportation, and managing the rollercoaster emotions of families that have relied on camp as a summer sanctuary and learning environment for their children for time eternal.

“I used to joke that I wasn’t worried about anything except the weather; that everything else can be addressed with enough time and ingenuity,” said Todd Rothman. “But it’s hard to prepare for a 100-year event like a pandemic.”

Preparation for a catastrophic event like COVID-19 pandemic, with its magnitude of unknowns, was not on anyone’s radar before 2020. Some Rockland and Hudson Valley camps ultimately succumbed under the weight of financial collapse. But those that rebounded are a testament to endurance and agility. 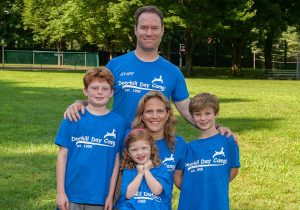 Part of Deerkill’s success, Rothman explains, derives from the fact that mom-and-pop businesses have more flexibility to make decisions faster and with fewer encumbrances than bigger bureaucracies. While news of the pending shutdowns took the camp owners by surprise, and they debated vigorously whether to open in the summer of 2020, they ultimately decided they would as long as New York State allowed it.

The Rothmans kept their options open while many camps, even those run by towns, made a choice to close for the season. In early June they learned camps would be able to open under strict protocols, and even though they processed 300 cancellations, some 200 new campers signed up.

“Many camps closed, some stayed open,” said Rothman. “It depended on risk tolerance.”

The Rothmans forged ahead, digging deep into personal savings to cover necessities that had never been needed before including tents, sanitizer, masks, extra equipment to reduce communal use of even basketballs, for example. They found a ready workforce, particularly unmoored staff from camps that had closed.

“If we hadn’t opened, we would have been worse off financially,” said Rothman. “Finding new campers helped recoup some of the losses, but even more importantly, it allowed us to have continued momentum. We felt we owed it to the parents, we owed it to the community to be here for them. The idea of kids being home in backyard camps with no safety regulations in place didn’t seem safer than sending kids to camp in a controlled environment.”

Looking back over the history of the camp’s stewardship, Rothman says camp enrollment was strong in 2008 and 2009 – a counterintuitive recession benefit when both parents are working, and children need a summer refuge. Challenges arose closer to the mid-2000s when the county experienced a decrease in birth rates, and competition from specialty camps put pressure on Deerkill’s typical enrollment of 700 to 800 campers a season.

But the Rothman’s got busy, casting its marketing net to a wider and more diverse demographic from both Hudson and Bergen counties in New Jersey, Westchester and New York City.

“Going into 2019, we had the strongest demand we had seen in many years,” said Rothman. “We had registered more campers that summer than any prior year since I’ve been here. Our reach was broadening. Birth rates were on the rise. The job market was strong.”

Summer of 2020 tested the couple. Camp ran for six weeks. Coordinating transportation was difficult. The Rothman’s dipped into personal savings.

“It wasn’t just a rainy-day fund — it was a hurricane fund.” The Rothmans are still dealing with the financial fallout. But they have no regrets.

“At the end of the day, that summer was the most successful one we have had,” he said. “We had so much fun and we were reminded how much people appreciate camp. It’s easy to get numb to that, to forget to appreciate the value. That summer, and everything since, has renewed our enthusiasm. We have a different outlook on what we do. We didn’t leave anything on the table. We got more positive feedback than we’d had in the last 14 years. I keep the letters on my desktop.”

Summer of 2022 is looking bright. The Rothman’s said they are 100 percent booked but are keeping enrollment at 85 percent capacity, making the decision to stay smaller. Transportation costs have skyrocketed due to gas prices. Camp tuition has gone up about 5 percent — a larger year-over-year increase than in previous years.

“We’re at full capacity,” said Rothman. “Demand we’re seeing now is higher than anything we’ve seen in years. Parents are returning to work. And kids need what camp offers more than ever after two years of virtual living.”