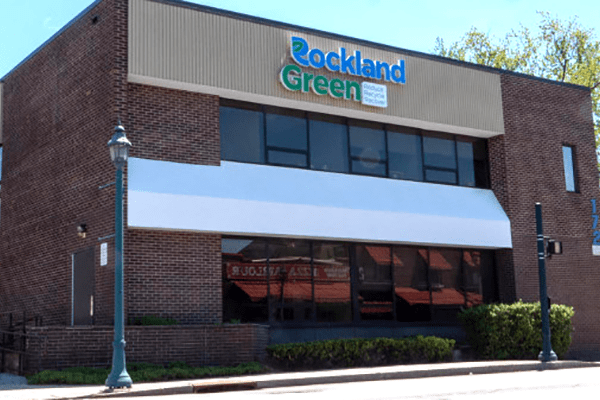 Rockland Green, the former Rockland County Solid Waste Management Authority, is hoping to take over the Hi-Tor Animal Shelter in Pomona, saying the Authority is better suited to run the facility than the troubled nonprofit that has managed it for decades.

Haverstraw Town Supervisor Howard Phillips, who is also chairman of Rockland Green, told voting members of the Budget & Finance and Planning & Public Works committees of the Rockland County Legislature the takeover “allows another option for the people in the county.”

But not every town supervisor is on board.

“I have also raised the question of how having civil servants running the shelter, with all the fringe benefit costs that go along with it, be more cost effective than having a private entity do so?” said Teresa Kenny

All five town supervisors sit on Rockland Green’s board, along with two village mayors and eight county legislators. However, Orangetown Supervisor Teresa Kenny is concerned about the impact of the proposed takeover by Rockland Green.

“I recently learned that the move to have Rockland Green take over animal shelter services in Rockland was moving ahead sooner rather than later,” said Kenny. “I expressed my concerns about Orangetown residents being forced to have Rockland Green take our dogs. We understand there is a need for a new shelter in Rockland and expect to pay our share. However, I don’t think the residents should be mandated by Rockland County via a charge on our county tax bill for these services when we are extremely pleased with our current provider, the Hudson Valley Humane Society, both in terms of cost and services.”

Both Clarkstown Supervisor George Hoehmann and Phillips have been vocal proponents of a Rockland Green takeover. Phillips last Tuesday told legislative committee members that Hi-Tor is essentially mismanaged and that “the five towns should have a greater responsibility” in running the shelter because “the overwhelming budget for Hi-Tor is provided by the five towns.” In 2021, all of Rockland’s towns except Orangetown contributed a total of $279,342, less than 35 percent of Hi-Tor’s $818,000 annual budget that year, according to Hi-Tor. The balance of its operating budget is derived from a county contribution of $45,000, a health department funding of $7,200, and private fundraising.

Phillips told committee members that under the new plan the towns and villages would continue to support Hi-Tor. What remains unclear is how the solid waste authority will finance the balance of the shelter’s operating expenses. Further, will donors be inclined to or able to give money to Rockland Green, or will an additional tax levy be inevitable to make up the operating shortfall? To date, these questions remain unanswered.

During the committee discussion, County Legislator Alden Wolfe, asked Phillips “what will this cost, how it compares (to the current cost to the taxpayer), why it’s in the best interest” for the county?”

Although no budget projections have been submitted by Rockland Green, Phillips told the committee members that Rockland Green has “the ability to assure the money is being spent appropriately.”

Founded in 1994, the Authority has been recognized by state and national organizations for its efforts in diverting wastewater biosolids, household hazardous waste, e-waste, yard trimmings, construction debris and recyclables from the waste stream.

Rockland Green’s efforts to take over Hi-Tor have been in the works for more than a year but the recent request to change its charter comes amid the county’s plans to build an $8.3 million shelter. County Executive Ed Day last October said construction is expected to begin between April 15 and May 1. The project is expected to take 14 months.

In January, shelter president Debbie DiBernardo, 51, was indicted by a Rockland County Grand Jury for offering a false instrument for filing in the 1st Degree and 17 counts of falsifying business records in the 2nd Degree. The prosecution of the case, which has dragged on for months, could take more than a year to resolve. The case revolves around the intake of 17 kittens from New Jersey in June 2020. DiBernardo is accused of falsifying documents. The former shelter manager Victoria Kartis alleges DiBernardo instructed her to say the New Jersey cats came from Spring Valley. DiBernardo denies the charges but says the cloud hanging over Hi-Tor has weakened the nonprofit’s ability to recruit volunteers, fund raise, and adopt out animals.

Hi-Tor board members say Rockland Green has never approached the nonprofit about its attempt to take over the facility. There have been no discussions between the Authority and the nonprofit.

“No one has gotten in touch with us,” said Board Member Helen Allen. “No one has even come to a meeting. To do this without even speaking to Hi-Tor is reprehensible.”

Approval for home rule to change the charter needs the go-ahead from Albany. If greenlighted, the proposed charter amendment comes back to the county legislature for a full vote.

“We’re only in the discussion phase,” said Day. “The bottom line of what’s being discussed is the appropriate oversight at Hi-Tor. The county health department is stressed. We’re looking for the best way to deal with the cost of the new shelter.”

Rockland Green, which has a $73 million operating budget in 2022 and $52.5 million in bond debt, has not shared financial projections for a takeover. The total tax levy for Rockland Green for taxpayers for 2022 was $31 million, a 17 percent increase over 2021.

Asked by County Legislators whether the authority would add personnel, Phillips said “yes, between three to five employees, plus part-time veterinarians.” Rockland Green has roughly 40 employees.

Kenny said she worries about the financial implications of shifting control of the shelter to Rockland Green.

“I have also raised the question of how having civil servants running the shelter, with all the fringe benefit costs that go along with it, be more cost effective than having a private entity do so. It seems that it makes much more sense for Rockland County to go out for a competitive RFP to see if there is an entity (like the Hudson Valley Humane Society) that could run the new shelter.”

Public authorities like Rockland Green are agencies created by governments to engage directly in the economy for public purposes. They typically operate outside the administrative framework of democratically accountable government. Some release little information about their internal operations.

However, Rockland Green publishes all of its financial statements and budgets on its website. The board accepts public comments at its monthly board meetings. The next board meeting is April 28.

Kenny, like many Hi-Tor board members, have raised the question of whether Rockland Green, which states its mission “to develop education, programs and technology to lead the waste prevention, recovery, and responsible disposal movement in Rockland County,” is best suited to run an animal shelter.

Over the years, Hi-Tor has suffered tremendous tumult and internal fighting. However, the organization has gone out of its way to save as many animals as possible, effectively becoming a “no-kill” shelter in the last several years.

In response, Phillips told board members that kill shelters are “illegal in Rockland County and in the state of New York.” In fact, New York permits kill shelters and Rockland County does not have any specific legislation pertaining to the running of shelters because the matter is regulated by the New York State Department of Agriculture and Markets.

“As a board member, I’m nervous that Rockland Green is not going to go above and beyond to take care of the animals like we do,” Allen said. “We have spent thousands at times to help a dog or cat. We fund raise to help those animals. I don’t see that happening; they’re not going to go the lengths that we do.”