Defamation and Public Figures: The Decision in the Pearl River Chamber of Commerce Case

As reported in an earlier edition of the RCBJ, Judge Paul Marx recently dismissed claims of defamation made by Michelle Worob, the former Treasurer of the Pearl River Chamber of Commerce, against Lisa Williams, one of the former Directors.  The decision was based, in part, on a determination that Ms. Worob is a “public figure” within the meaning of the law, which creates more stringent requirements for claiming defamation. 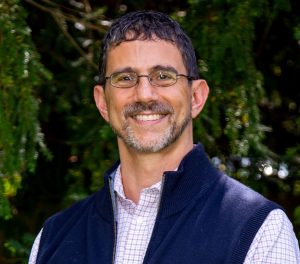 That ruling raises a broader question as to whether local civic leaders in general are at risk of harm to their reputation without legal recourse.

Broadly speaking, defamation exists when a false statement is made orally (slander) or in writing (libel) to a third party and is injurious to the reputation of the subject.

However, the seminal Supreme Court case of New York Times v. Sullivan created special rules for situations in which the subject of the alleged defamation is a public official. Reasoning that free criticism of those in public life is a compelling tenet of the First Amendment, Justice Brennan emphasized the principle that “debate on public issues should be uninhibited, robust, and wide-open, and that it may well include vehement, caustic, and sometimes unpleasantly sharp attacks on government and public officials.”

The Court reasoned that factual inaccuracies are inevitable in this robust public dialogue and that leeway must be given for such inaccuracies so that freedom of expression may have the “breathing space” it needs to survive.  Thus, the Court determined that when a public figure asserts a claim for defamation, he or she must prove that the offending statement was not only false, but that it was made with “actual malice,” meaning that the speaker must have either had knowledge that the statement was false or acted with reckless disregard as to whether or not it was false.

There is self-evident logic in the Sullivan rule when it comes to major government figures such as a mayor, governor or President.  Certainly, anyone in such a position is prepared for the fact that there may, and likely will, be “vehement, caustic, and sometimes unpleasantly sharp attacks” made against them, and that the issuer of those attacks will find protection under the First Amendment.

But how far down the levels of notoriety and influence does the designation of “public figure” go?

Elected officials and those running for office, even at the local level, can be subject to the Sullivan rule as, in some cases, can those holding other civic and government positions.  For example, in one case[1] the court found that a civic leader who was a school board member, Democratic Committeeman and Director of the Public Development Corporation, as well as an “active member of several civic organizations” was a public figure for purposes of Sullivan.

However, in another case,[2] the court expressed “serious doubts” as to whether a part-time small-town attorney should, by reason of that position alone, be deemed a public official.  In that case, the Court recognized the need to balance the policies of open discourse emphasized in Sullivan with the practical need to encourage participation in small-level public activities, recognizing that “extension of the public official doctrine beyond its intended scope could well result in the loss to the community of the services of its most talented citizens.”  Under this rationale, someone in Worob’s position could argue that the balance of equities disfavors application of the Sullivan doctrine, as the public interest in favor of participation in local activity outweighs the general interest in probing the reputation of an individual at that level.

The law also recognizes “limited purpose public figures.” These are individuals who, regardless of any government officials or civic position, have voluntarily garnered attention to their views on a particular subject, or assumed a position of prominence in a public debate.  For example, a real estate developer who actively sought publicity for certain projects was deemed to be a public figure on issues related to those real estate projects.[3]  This provides an entirely separate avenue for bringing a civic leader such as Worob under the Sullivan rule based on having placed himself or herself at the center of a topic or controversy of public interest.

Against this legal background, Judge Marx ruled that “because of her position in the Chamber of Commerce and her ownership of a high-profile business and her local notoriety,” Ms. Worob is a public figure and needed to prove actual malice in order to proceed with her claim.  Because her complaint did not contain such allegations, her case was dismissed.

That decision underscores one of the myriad challenges of taking on a role in public life.  It is precisely the decision to enter the arena, whether on one particular issue or more generally as a public official, that may subject one to criticism — even false criticism — for which there may be little or no recourse.

Anyone in such a situation should seek the advice of a qualified attorney, who can help weigh the risks of litigation, including the impact of the Sullivan case.  However, if the legal avenue of defamation is closed off, the best alternative for a public figure is to use the forum afforded by their notoriety to offer a rebuttal of any unfair criticism.  Responding to a critic with more defamatory rhetoric is never advisable since he or she may not be a public figure and therefore not be restricted by the Sullivan rule.  It is best to keep the response measured and factual.  In some cases, that will have to be good enough.

There is no question that the situation for public figures can be frustrating when it comes to open and even careless criticism, but the law is clear – it goes with the territory, so be prepared.