Revenue from the local sales tax in New York continued rising last month, growing by more than 17 percent compared to the same time period in 2020, according to a report released by Comptroller Tom DiNapoli’s office. 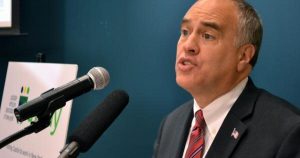 Rockland County experienced the largest increase at 51 percent over November 2020, following by Cayuga County at 40 percent. Rockland collected $24.8 million dollars in sales tax in November of 2021, compared to $16.4 in November of 2020. The six counties making up the mid-Hudson regions saw collections increase 24.5% over the same period.

The sales tax revenue data does not reflect where or how people shopped, however. And it does not show whether New Yorkers pulled back any spending as news of the omicron variant at the end of the month broke.

There is now a surge in COVID cases in New York, and public health officials have put new indoor mask rules in place for businesses and other public locations that do not require a person to show proof of vaccination to enter.

“As has been the case the past several months, November’s sales tax collections were greatly improved over last year,” DiNapoli said. “Although the bulk of holiday spending is expected to be reflected in December collections, November collections may have benefited from earlier shopping this year.”

Make-A-Wish® Hudson Valley Board of Directors has named Kristine Burton as its Chief Executive Officer, succeeding Thomas J. Conklin, who is retiring after serving for 17 years. Ms. Burton’s appointment is effective January 3, 2022. 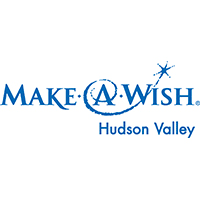 With more than two decades of experience in the non-profit field, Burton has been dedicated to enhancing the lives of young people who need it most. For the past 12 years, she served as the vice president of Madison Square Garden’s (MSG) Garden of Dreams Foundation, where she was responsible for all aspects of the multi-million-dollar non-profit charity, including strategic, operational, fundraising and programming efforts, as well as board management and administrative matters.

Kristine began her role with MSG in 2001 as manager of public relations with MSG Network. She joined the corporate arena in 2003 to help direct programming for the Cheering for Children Foundation, which was transformed into the Garden of  Dreams Foundation in 2006.

Prior to MSG, Ms. Burton spent more than seven years with Special Olympics New York. In her last role as Director of Programs, she worked with children and adults with  intellectual disabilities, directing year-round training and athletic programs.

“I have always been inspired by the remarkable work of Make-A-Wish and the organization’s ability to fulfill wishes for children undergoing treatment for critical illnesses. I am very honored and grateful for the opportunity to lead Make-A-Wish Hudson Valley and to join the remarkable staff and countless volunteers who participate in granting life-changing wishes every day,” Burton said.

Rockland Community College (RCC), a member of the SUNY college system with 8,000 students in the Hudson Valley area, has selected Ancora Corporate Training to manage a portfolio of courses for its Career Skills Academy, including web and app development, mechatronics, wireless technician training, and commercial driver’s license (CDL) Class-A training.

The Career Skills Academy was created by RCC to address the high demand for “middle skills” jobs – jobs that require more education than a high school diploma but less than a college degree – in the Hudson Valley region. Partnering with Ancora enabled RCC to expand its course offerings to its students and, for the first time, offer a CDL-A training program, one of the most in-demand careers in the country.

There is a nationwide shortage of CDL drivers, and companies that operate fleets of vehicles are scrambling to fill these positions and mitigate the current challenges facing the national supply chain. According to Indeed.com, there are more than 5,000 job openings for full-time, entry-level drivers in Rockland County alone with an average starting salary of $70,000. Recognizing the significant opportunity this shortage presents for its students, Rockland Community College chose Ancora to pilot the training program, citing Ancora’s depth of experience and scheduling flexibility as some of the critical reasons for their decision.

“We are thrilled to offer these important courses to the residents of Rockland County,” said Dr. Michael A. Baston, President of Rockland Community College. “A key aspect of our mission is to empower individuals to positively transform themselves and their communities. We believe that offering these programs — particularly the CDL-A training course — allows students to launch a lucrative, in-demand career while also knowing they are making a positive impact on the world around them.”

The cost to enroll in the CDL program is $5,500; however, individuals who qualify for assistance through Rockland Works will be able to take the one-month program at no cost. To learn more or to register for any RCC programs, contact the college by calling 845-574-4518 or visiting: https://bit.ly/3rUHrBS