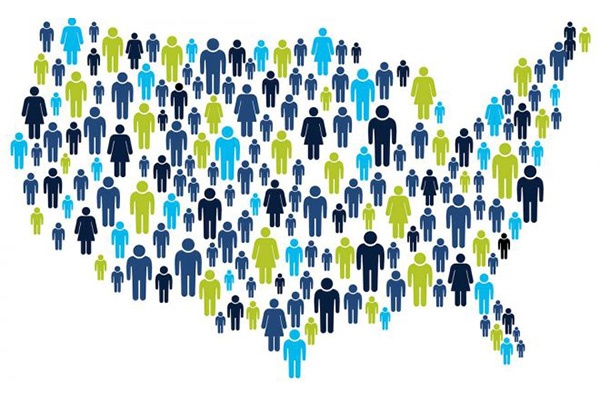 Rockland County’s total population grew to 338,329, an 8.5 percent increase over 2010, according to the 2020 Census numbers. The adult (18 and over) population increased 6.9 percent and youth population (under 18) increased 12.8 percent – however trends among the five towns varied wildly.

While the Town of Ramapo’s youth population grew by 30 percent, the same populations in Clarkstown, Orangetown, and Stony Point declined, in the latter two towns precipitously. Haverstraw’s growth in youth population was modest at 6.7 percent.

Town officials across the county agree the loss of youth population points to a dearth of suitable housing for young people starting families, among other factors. Efforts are afoot in several towns to correct this trajectory by encouraging the development of millennial housing.

In Stony Point, the overall population decreased 1.6 percent to 14,183. While its adult population increased 2.9 percent, its youth population plunged 16.3 percent.

“It’s due to the lack of affordability,” said Monaghan. “I see it with my own adult children. It’s difficult for young people to buy a house, and Stony Point is made up of mostly single-family homes. There are not a lot of rental opportunities or attractive communities for younger people.

The supervisor is hoping Eagle Bay, a new development of condos and rentals, will attract younger people.

In Clarkstown, population grew to 86,855 residents, a 3.2 percent increase in its population since 2010. Adult population increased 6.2 percent, but its youth population decreased 6.6 percent.

“We need to look at our housing stock,” said Orangetown Supervisor Teresa Kenny. “There is not a lot of millennial housing in Orangetown. As we go through our comprehensive plan, it will be important to pay attention to these Census numbers.”

Both Clarkstown and Orangetown have been promoting the idea of TODs – or Transit Oriented Developments – in Nanuet and Pearl River respectively to address the lack of affordable housing for millennials but there has been little traction to jumpstart these proposals.

In contrast to Orangetown, Clarkstown, and Stony Point, Haverstraw’s adult and youth population both grew apace. Population increased 6.7 percent to 39,087; both its youth and adult populations increased by 6.7 percent.

Hispanic or Latino populations increased from 28 percent to 38 percent across all municipalities statewide. Over the past few decades, this group has continued to increase steadily as a percentage of the population of cities, towns, and villages alike, with the largest recent growth in towns.

The county’s most significant growth in both adult and youth population came from Ramapo, which saw a 17.6 percent increase over the past decade, bringing its population to 148,929 – the largest in the county. While its adult population increased 10.5 percent, its youth population rocketed by 30.6 percent.

“We are proud of the growth,” said Ramapo Supervisor Michael Specht. “We see it as positive news, and we will continue to support that growth by focusing on infrastructure, transportation, and housing. Those numbers do show a need for expanded housing options. We need to accommodate younger people with families. There’s a need for smaller apartment units.”

Over the past decade, Rockland County added only 5,500 total housing units, approximately 5 percent of its total housing stock, while its population increased by almost 9 percent in the same period, according to the Regional Plan Association (RPA), an independent 100-year-old civic organization.

The release of a new decennial census count affects cities, towns and villages in several ways, population changes can affect certain revenues, such as local sales tax distributions and federal aid, and change the need for municipal services and infrastructure.

Since many counties distribute sales tax collections to municipalities within their borders based on decennial population, intra-county population shifts could affect sales tax revenues for these local governments. Long-term population loss and increasing vacancy rates could lead to a reduction in the property tax base. And federal aid for certain programs is at least partially based on the latest decennial census. While most federal aid dollars are distributed to the state, some federal programs provide funding directly to local governments.

The Census numbers alarm Michael R. DiBartolomeo, vice president for Enrollment Management at St. Thomas Aquinas College, because 40 percent of enrollment is drawn from the county.

“These numbers force us to think about how we recruit, how we can speak to more families, to make sure our recruiters are bilingual,” he said. “We have also increased recruitment efforts outside the county to New Jersey, the five boroughs, a greater geographic region because you have to cast a wider net.”

Another change in New York is the gradual aging of the overall population. In cities, towns, and villages, the share of people 18 or older is increasing. In 2020, adults made up 80 percent of the total state population, up from nearly 78 percent in 2010. Meanwhile, the youth population dropped 2 percent, from 22 percent to just over 20 percent.

A local government with an aging population faces pressure to provide certain elder services such as in-home care, home-delivered meals, or emergency and nonemergency transportation, among other things. Conversely, changes in the number of children forces municipalities to focus more on youth development programs or child and family services, as well as school facilities.

The Mid-Hudson region’s population grew 4.7 percent to nearly 2.4 million, the largest percentage increase of any region outside of New York City. Long Island, the state’s second-most populated region, increased by 3.1 percent from 2010 to over 2.9 million people.

Conversely, the Southern Tier experienced the largest percentage decrease at 3 percent, closely followed by the North Country and Mohawk Valley, with declines of 2.9 percent and 2.2 percent, respectively.

New York State’s population totaled over 20.2 million in 2020, up 823,000 or 4.1 percent since 2010. While the adult population increased 6.9%, the youth population dropped nearly 5%. This growth was nearly twice the rate seen in the prior decade, although it was still well below the nationwide rate of 7.2 percent. Most of this increase was in New York City, which grew 7.7 percent between 2010 and 2020, to 8.8 million, far faster than the aggregate rate for any other local government in the rest of the state.

Statewide, town population was over 9.1 million in 2020, an increase of only 1.7 percent over the past decade. This is the slowest growth in total town population in many decades. Only 259 towns or 28 percent saw population increases, much lower than the 55 percent of towns that grew between 2000 and 2010.

Villages had the strongest total growth, at 6.8 percent, with those in the Mid-Hudson region growing fastest of all, at 8.5 percent.

The ongoing shift toward a more diverse society in New York continued over the past decade. Statewide, the number of white people declined by 6.2 percent, and the Black population fell by .9 percent. Meanwhile, all other racial and ethnic groups experienced population increases, including people of Hispanic and Latino origin and Asian Americans, at 16 percent and 36 percent, respectively. Whites still accounted for just over half of the State’s population in 2020, down from more than 58 percent in 2010.

The Asian American population also had significant double-digit growth but only accounts for around 5 percent of the total population. Towns experienced the largest increase in Black population, at 9.3 percent.