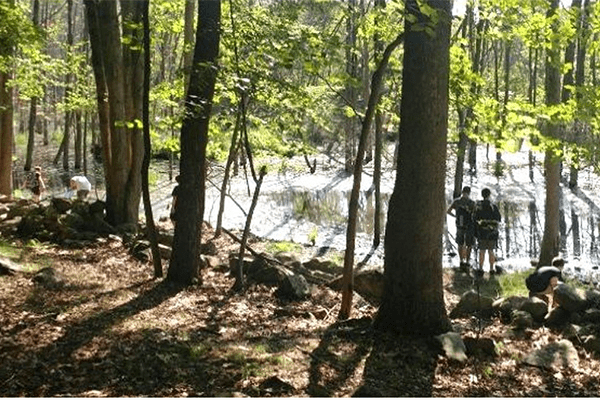 To satisfy its debt, the Boy Scouts of America Greater Hudson Valley Council has sold Camp Nooteeming, a 272-acre camp in Salt Point in Dutchess County.

“The bankruptcy taskforce has spent the last several months analyzing multiple scenarios to raise the funds needed to pay the Council’s multi-million-dollar obligation to the Victims Compensation Trust,” the statement said. “The market information gathered along with analyzing past budgets, endowment reports, and future expenses lead the bankruptcy taskforce to recommend the plan that was approved today.”

Camp Bullowa in Stony Point was one of three properties that were placed on the market earlier this year to access each property’s values. Camp Nooteeming and Durland Scout Reservation in Putnam Valley were also listed.

“This is huge victory for Stony Point, for Rockland County and the boy scouts,” said Stony Point Supervisor Jim Monaghan.

Camp Bullowa is a 313-acre site located at 17 Franck Road in Stony Point. The camp has several buildings and waterfront areas on Lake Boyce. The site has road and electrical access to most of the property and offers a dining hall capable of accommodating 125 people, seven cabins, numerous tenting sites and a training center that is planned to become the Council Service Center.

The site is zoned special recreational/residential, which permits by right public parks, playgrounds and outdoor recreation facilities, as well as one-family detached residences.

After learning about the potential sale of Camp Bullowa, Monaghan rallied local, county and state officials to fight for the property. Local groups like “Save Camp Bullowa” fought for the property. The Supervisor engaged conservation organizations and worked tirelessly to preserve the site for the boy scouts. Ultimately, the town offered to buy the parcel for about $3 million, its appraised value, said the supervisor.

“I put a lot of energy and time to preserve it,” said Monaghan. “I offered to pay the appraised value, but it wasn’t enough to satisfy the council. They hinted to me that they were looking for something more like $6.2 million.”

In recent months, the Open Space Institute was leading the effort to buy the land and maintain a portion of it for continued Boy Scout activity. OSI’s primary method of conserving land is through direct property purchase.

For now, Monaghan is breathing a sigh of relief but says he’s researching mechanisms to preserve the land in perpetuity.

“I am extremely pleased to learn of the Greater Hudson Valley Council (GHVC) Board’s decision not to sell Camp Bullowa in the Town of Stony Point,” said County Executive Ed Day. “This decision by GHVC is a victory for Rockland’s Scouting program and the other organizations which regularly utilize Camp Bullowa.”

To Camp Nooteeming the council offered: “We understand that many families will grieve the sale of Camp Nooteeming; it has been a part of our Scouting community for over 90 years. The legacy of what Camp Nooteeming stood for will be carried on as we move forward and grow Scouting in our area. The Greater Hudson Valley Council staff and Board are committed to helping the traditional Scouting programs that were hosted at Camp Nooteeming find a new location to call home.”