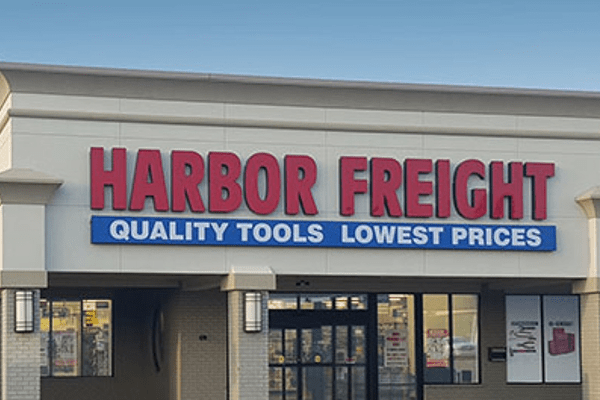 Harbor Freight, the California-based discount tool retailer, is adding to its empire this year – and the Hudson Valley is on its radar.

Harbor Freight Tools, America’s go-to store for quality tools at the lowest prices, is planning to open its first Rockland County location at the former Met Fresh Market in Central Nyack, which has been vacant for nearly five years. Harbor Freight plans to take 16,000 square feet, or roughly half of the building. The Hub Shopping Center owner Brian Nelson said his company has been courting Harbor Freight for five years.

“There are a lot of contractors, landscapers in the county who’ve been asking for this,” said Nelson. “The lease is signed. Construction should begin within the next month.”

Nelson added that shopping center may lease the remaining half to Dollar Tree.

The company will appear before Clarkstown’s Architectural & Historical Review Board Monday night. Harbor Freight is seeking approval for interior construction as well as expanding the loading dock to accommodate bigger trucks.

The 28,000-square foot former Met Fresh Market had a short run. The store opened in mid-2016, joining a dozen other businesses in the Hub Complex on Route 59, including a bagel store, pizzeria, nail salon and martial arts studio. It closed abruptly in August 2017, less than two years later. At the time it closed, a posting on the door said the food operator had failed an inspection for food safety and sanitation. The owners of Met Fresh Market had said the store shut down because it wasn’t performing well.

The building once housed a Stop & Shop, which closed years ago due to competition in the surrounding area.

Harbor Freight plans to open more than 30 stores across the country by the end of this year. There are currently 1,200 locations nationwide including one in White Plains, several in Long Island, Connecticut, and 24 in New Jersey. The Rockland addition would be Harbor Freight’s first foray into the Hudson Valley, apart from its Westchester location. The company, still privately-owned by founder Eric Smidt, has 24,000 employees.

Over the past several months, Harbor Freight, which typically looks for large, vacant supermarkets or department stores, has opened stores throughout the country in Ohio, Minnesota, Georgia, Tennessee, and in a former Kmart in Oklahoma. Its most recent opening in New Jersey is in Cape May.

Most of its new stores will bring about 25-30 new jobs to the community.

The family-owned company started more than 40 years ago in Southern California in 1977, when the then 17-year-old Smidt began transforming his father’s small phone sales business into a successful mail order company, bypassing the resellers, dealing directly with factories, and passing the savings on to the customer.