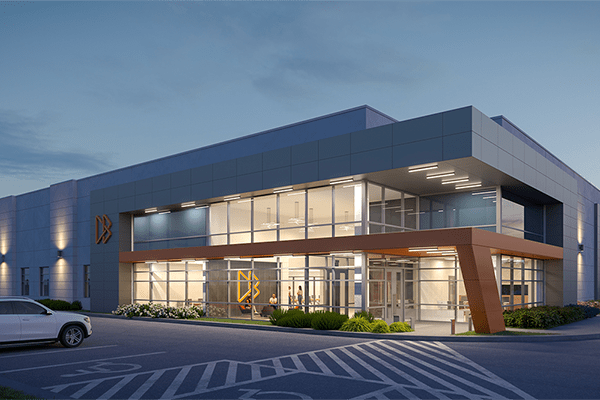 A major player in the data storage business has chosen Orangetown as its newest location to expand its capacity in the New York metro region. DataBank has purchased the 34-acre site at 2000 Corporate Drive in Orangeburg, the former Verizon center property, to build a “future home for the New York City metro area’s fifth data center,” the company said.

“This asset, 2000 Corporate Drive, is particularly relevant for DataBank for building a campus environment,” said Justin Puccio, executive vice president of corporate development for the company. “Where we can, we like to own the underlying infrastructure so we can expand as needed.”

DataBank — whose real estate footprint includes 58 data centers and 20 interconnection hubs in 29 markets — plans to construct a new 200,000-square-foot data center with the capacity of  30 megawatts, according to the company.

DataBank is in the process of talking to Orangetown officials, meeting with Rockland County Industrial Development Agency, and drawing up plans for its center.

“We’re in the process of working through the design elements,” said Puccio, who expects the center will be built in about a year to 18 months.

The company executive said the company’s been on a four-year sojourn to find the right location.

“We did a lot of research on this market, we turned over a lot of rocks,” said Puccio, adding that the site has room to add more facilities, including an additional substation. He also noted that the location is strategically located, close to transportation, has an ample fiber network, and that the town and the IDA have shown support for the project.

“It hit all the key metrics for us.”

Earlier this year, Peter Skae of the SKAE Group, LLC sold the 235,000-square-foot building to DataBank through a Delaware Limited Liability Company based in Dallas, TX for $23 million. Skae Group bought it from Verizon in 2017 for $18.25 million.

DataBank owns and operates 58 data centers in the U.S. and Europe.  Its Orangetown location will become its fifth facility in the New York area. DataBank currently has two data centers in downtown New York City as well as facilities in Jersey City and Piscataway, New Jersey.

The demand for data centers, which house networked computer servers typically used to store, process, or distribute large amounts of data, has skyrocketed in recent years, and major data center providers are competing to build more.

DataBank will add to the growing cluster of data centers in Orangeburg, which collectively represent over $2.2 billion in projected new investment, according to Rockland County’s IDA.

In 2014, Bloomberg LP opened a $710 million, 131,805-square-foot data center at 155 Corporate Drive, which is adjacent to DataBank’s property. In 2017, JPMorgan Chase acquired a 60-acre town-owned property in Orangeburg for $7.5 million to construct its data center.

The US is witnessing massive growth in internet usage by people and businesses. The country is the largest market in terms of data center operations and continues to expand due to the higher consumption of data by end-users. This demand is a key driver for the U.S. hyperscale data centers like the one DataBank is planning.

Companies are shifting businesses from small server rooms to data centers for high-performance and high-capacity infrastructure. The COVID-19 pandemic grew the infrastructure adoption among internet-related service providers such as e-commerce, online video streaming, and social media.

DataBank has been on an upgrade spree since it recently raised more than $750 million in secure revenue notes, adding more than 70,000 square feet and 10MW of capacity to its locations.

Since the raise, the company has announced expansions to existing data centers in Texas; Pittsburgh, Pennsylvania; twice in Salt Lake City, Utah; and Indianapolis, Indiana. It has also acquired a warehouse in Denver to convert into a data center and broken ground on another facility in Utah.