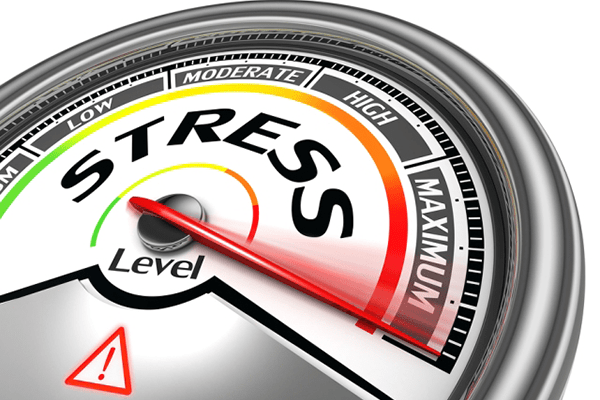 County Shows Considerable Fiscal Improvement Since 2013; All Towns In Rockland In Good Shape Except Clarkstown, Which Is “Susceptible” To Fiscal Stress

The county scored 14.6 and is not susceptible to financial stress, according to the report.

In 2013, Rockland County had a score of 86.7 and was listed as New York State’s most fiscally stressed county.

“When I first took office in 2014, Rockland was the most fiscally stressed county in New York according to the State Comptroller’s Office,” said County Executive Ed Day. “Since then, we have focused on conservative budgeting and shepherding responsible economic growth to right Rockland’s fiscal ship. I am so proud of what our team in county government and our partners in the private sector have accomplished under difficult circumstances.”

State Comptroller Thomas P. DiNapoli releases fiscal stress scores on municipalities (excluding New York City) twice a year. The latest round of scores announced today identified 19 local governments designated in fiscal stress, including six counties, four cities, and nine towns. This release is based on financial information of local governments operating on a calendar year basis (Jan. 1 – Dec. 31) for 2020 and covers all counties and towns, 44 cities, and 10 villages. In April, DiNapoli announced that 11 local governments with non-calendar fiscal years were in stress.

Thirty local governments in New York State ended 2020 in some form of fiscal stress, State Comptroller Thomas P. DiNapoli announced today.  Those designated as being “susceptible to fiscal stress” are the counties of Broome, Monroe, Nassau and Oneida, the towns of Centerville, Clarkstown, Colonie, Fort Covington, Pulteney, Sherman and Southport, and the city of Albany.

The New York State Comptroller’s Office has placed the Town of Clarkstown on their list of municipalities that are susceptible to fiscal stress. The town scored 53.8, just shy of the threshold to be considered in “moderate fiscal stress.” In fiscal years 2018 and 2019, the town scored 60.4 and 63.8 respectively, indicating steady improvement over the past three years.

“After inheriting 9 out of 11 years of fiscal imbalances that led to these designations, this administration has made significant progress in getting Clarkstown’s fiscal house in order,” said Town of Clarkstown’s Director of Finance Robert Alberty. “ For the first time in 20 years, the Town posted two consecutive years of surplus. We are confident we will once again be in surplus this year.  The Town anticipates it will no longer be listed as susceptible to fiscal stress by the State Comptroller’s office in 2022.”

The Town of Ramapo scored 39.2, compared to 55 last year, indicating significant improvement in the town’s finances.

Fund balance indicators are heavily weighted because they represent a government’s ability to continue to maintain operations during difficult economic times. A local government might be struggling with several issues captured by the other financial indicators but would still be able to maintain operations if it had maintained sufficient fund balance to absorb the negative effects.

Of the 30 total governments in a fiscal stress designation for 2020, 17 were also in some form of fiscal stress in 2019. Four cities that were in “significant fiscal stress” in both years are Niagara Falls, Poughkeepsie, Amsterdam and Long Beach.

In response to COVID-19, many local officials made difficult mid-year 2020 budget decisions about how best to meet their community’s service needs with reduced or less predictable revenues, while protecting public health and minimizing cuts to their own workforce.

Rebounding monthly sales tax collections in much of the state supported local governments’ bottom lines, with many counties outside of New York City seeing only slight losses for 2020 overall compared with 2019, and collections in some counties even growing for the year.

The New York State Comptroller’s fiscal monitoring system provides an early warning of fiscal stress to local governments by examining their financial information and aspects of their external environment; and feedback to local leaders, State officials and taxpayers about fiscal stress conditions to help them prioritize the needs of their community, understand trade-offs and follow through with tough decisions.

The system also evaluates information such as population trends, poverty and unemployment in order to establish a separate “environmental” score for each municipality which can be used to help describe the context in which these local governments operate.

“New York’s local governments have overcome some major fiscal hurdles during the COVID-19 pandemic,” DiNapoli said. “Federal assistance, the restoration of state aid and resurging revenue have provided them much needed relief. However, those designated as stressed are less likely to have the flexibility to adapt to fiscal challenges long term. Local officials must budget and plan carefully to avoid fiscal stress and manage their communities through the uncertainties created by the pandemic.”

In this latest round, the city of Poughkeepsie (fiscal stress score of 78.3), the city of Niagara Falls (72.1), and the town of Caneadea (65.4) are in the highest-ranking designation of “significant stress.” The counties of Suffolk and Westchester, the city of Glen Cove and the town of Yates were in “moderate stress.”

173 local governments did not receive a fiscal stress score for fiscal year ending 2020. The vast majority of these (169) did not file in time to be scored, including the cities of Beacon, Dunkirk, Ithaca, Johnstown, Little Falls, Mechanicville, Mount Vernon, Rensselaer and Salamanca; and Greene and Ontario counties.