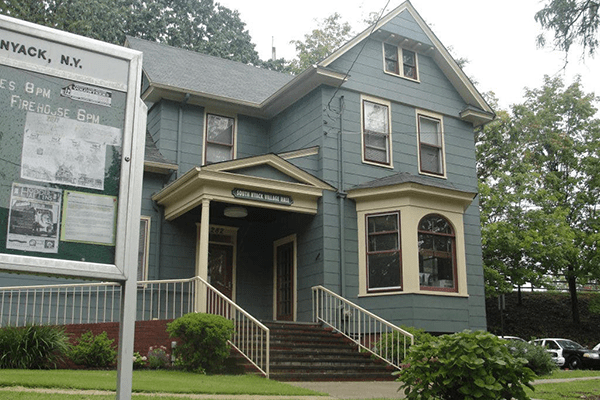 Will Settlement Talks Between The Village And Yeshiva Resolve Differences Before Dissolution Is Complete?

Village of South Nyack trustees on Friday voted to uphold a dissolution plan that integrates the Village into the Town of Orangetown. The plan pays off debts, disposes of properties, and accounts for current employees when Orangetown takes over in 2022. Uncertainty persists, however, over whether the Town of Orangetown will inherit a lawsuit between the Village and the Yeshiva, or whether settlement talks underway will resolve the differences.

In December 2020, South Nyack’s residents voted to dissolve the 142-year-old government and become part of the Town of Orangetown with nearly two thirds in favor.

State law allows for a second referendum based on the board’s dissolution plan, which is unlikely given its overwhelming support.

The movement to dissolve the village was driven by fear over the college’s then-pending sale of the 107-acre Nyack College Campus to Yeshiva Viznitz Dkhal Torath Chaim Inc. Village residents worried the potential cost of fighting land-use lawsuits against the yeshiva could bankrupt the village.

Nyack College closed its sale to a Hasidic congregation for $45.5 million last December; within 24 hours, South Nyack voted to dissolve its government.  Residents voted 508 for dissolution, 292 against. Ultimately the uncertainly swung nearly 25 percent of the village’s 1,982 registered voters to break with their long heritage in favor of gaining the financial muscle of Orangetown.

The Village of South Nyack last year filed a suit against Yeshiva Viznitz, alleging the new occupant is using the property without proper permitting, has failed to conduct safety inspections, and has not resolved open code violations.

The suit, filed in Supreme Court of Rockland County against Yeshiva Viznitz Dkhal Torath Chaim, Inc., is aimed at compelling the new owners to comply with the village and county codes and New York State Law. The Village claims the congregation represented that upon acquiring the property, it would seek special use permits where necessary and would address the outstanding violations.

Meanwhile, the Village of South Nyack is trying to settle its differences with Yeshiva Viznitz outside the courts, at least for now.

Village special counsel John Loveless has said the village and the yeshiva are trying to see if they can work things out. The Village missed a June 4th deadline to respond to the Yeshiva’s motion to dismiss the case. Had the Village filed that response, the Yeshiva’s reply would have been due on June 25th. There has been no new activity in the court.

Ben Syden, vice president with The Laberge Group, has said “generally speaking,” when a Village dissolves, the Town takes over the case and then it is up to the Town to continue, settle, or drop a lawsuit.

The Village board hired the Laberge Group to create a dissolution plan for a capped sum of $35,000 unless the board agrees to allocate additional funding. The Laberge Group, based in Albany and founded in 1964, specializes in architecture, planning, engineering, and government operations. Syden said his company has assisted at least 11 villages in dissolution, including Brookhaven, Town of Moriah, Town of Salem, Pawling and Port Henry.

Experts have said the dissolution of the village could net residents an annual tax savings exceeding $1,000 per household, depending on property values.

Orangetown police will begin patrolling the village in January. Grand View split from South Nyack and joined the Piermont police on June 1.