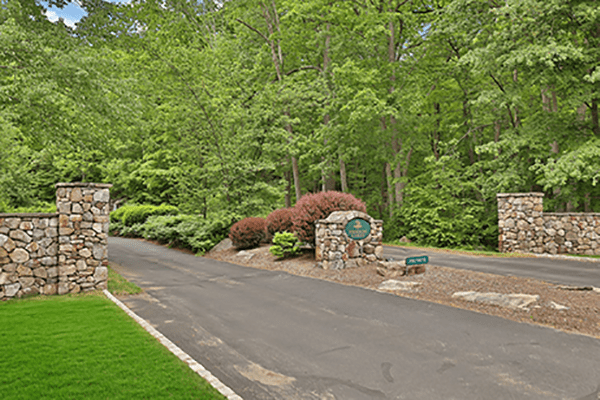 Since 2008, the appetite to build large subdivisions yoyoed up and down, with an economy still correcting itself from a housing bubble followed by a recession.

The pandemic, with its pent-up demand for housing in the suburbs and exurban communities like Sloatsburg and Tuxedo has been a stimulant to that suppressed appetite. In what has been a complete reversal, tight housing supply and urban exiles are driving demand for new homes.

The owner, Byron-Hill Homebuilders, is marketing the entire parcel to a single buyer or luxury home developer. The property, which has been in the Pierson-Mapes family for 200 years, includes 24 fully approved, five-acre custom home sites for an average purchase price per lot of $437,500, according to Rand. The site also has 25 built homes.

“These lots would sell for $1.2 million to $1.4 million in Westchester County, just 20 minutes across the Hudson River,” said Paul Adler, Chief Strategy Officer at Rand Commercial, the exclusive broker for this site.

Also moving forward over the Orange County border in Tuxedo after three decades is the 1,200-home Tuxedo Farms. The project ground to a halt four years ago after the developer spent millions laying roadbeds, burying water and sewer pipes, and building a $10 million sewage treatment plant. The explanation then was that no builders were willing to build upscale homes because families might shun the tiny enrollment at Tuxedo’s high school.

But now, with no change at George F. Baker High School but home prices soaring locally and across the U.S., Related Companies says it plans to proceed with Tuxedo Farms. The Manhattan-based developer said “the time is right now” to resume the stalled project.

Related plans to restart Tuxedo Farms and finish the new sewer plant, which will be used right away by about 260 Tuxedo homes and businesses now served by an aging treatment plant.

Additionally, the final phase of Woodmont Hills, formerly owned by Woodmont Properties and now called Woodgrove at Sterlington, 384-unit rental complex has been completed, and the entire development has been purchased by the The Watchtower Bible and Tract Society, which is seeking permission to build a headquarters for an audio/video production center in the Town of Ramapo. The complex on Route 17 will house its volunteers and contractors while its project is built. However, the Order plans to occupy only seven of the 16 rental buildings in the complex. The rest will be leased on the open market and the development will be sold once the project is completed.

“As the post-Covid real estate market rapidly evolves, Pierson Lakes presents an unparalleled opportunity for the smart investor,” said Adler. “An hour from Manhattan is an enclave of pristine open space surrounded by extensive park and conservation lands.”

When completed, the 1,000-acre Pierson Lakes development is slated to have a total of 74 homes, 25 of which have been built as part of Phase 1. All 24 home sites in Phase 2 overlook the 103-acre Cranberry Lake and some also have mountaintop views of the 92.5-acre Potake Lake. There are an additional 25 lots that are approved and shovel ready but still need some infrastructure improvements, according to Rand.

The land is surrounded by protected state parks, including the 22,000-acre Sterling Forest and the 47,500-acre Harriman State Park, and adjacent land conservancies.

In 1795, Jeremiah Pierson and his brothers established an ancestral estate here, at one time owning 8,000 acres.

Pierson Lakes, previously known as the Ramapo Land Company in 1989, is a private gated community with both a manned gatehouse and roving security as well as a boathouse, community docks, a boat launch and a sandy beach.