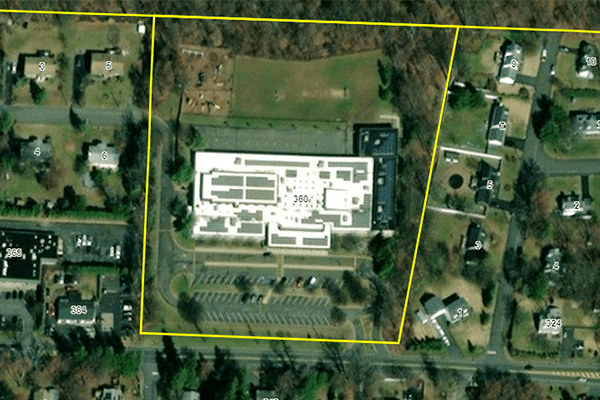 The Town of Clarkstown’s Zoning Board of Appeals last week granted variances to a religious school that is planning an extension, worrying a citizens’ action group that is concerned about a series of proposed projects for West Clarkstown Road and nearby roads.

The application states that the “school does not anticipate substantial population growth in the foreseeable future.” The school says it will use the additional space for an indoor play ear for Early Childhood students.

ASHAR says it needs additional parking because it intends to lower its student to faculty ratio. The application says doing so would “increase the number of teachers, therapists and support staff on premise.” The school has 65 parking spaces.

Under current zoning, the maximum principal building coverage is between 6 percent, meaning the footprint of the building cannot exceed that coverage.

The proposed addition falls within R-40 (schools, houses of worship, single-family homes on lots of 100,000 square feet or more), which allows for a 6 percent maximum building coverage, meaning the structure’s footprint cannot exceed 6 percent of the building lot. The existing school currently covers 22 percent of the lot, and the proposed addition brings the lot coverage to 24 percent.

Zoning in R-40 allows for 18 percent maximum lot coverage, which includes parking lots, outbuildings, and any other structures. The existing coverage was 36 percent; the granted variance increases the allowable coverage to 38 percent of the lot.

The third variance granted to the school was for FAR (Floor Area Ratio), which means the amount of allowable footage that can be built is based on the square footage of the lot. The R-40 zone permits .15; the existing FAR was .216 and the proposed FAR was .234. The lot area is approximately 280,000 square feet.

“Is Clarkstown serious about its goal to “safeguard neighborhoods from inappropriately scaled development, as stated in its Comprehensive Plan?” asks CUPON, which is tracking development townwide but is focused on  overdevelopment in the West Clarkstown Road corridor.

Community members are worried about at least six development projects pending on the mostly residential byway that is also County Road 35A, which connects New Hempstead Road and New Clarkstown Road, on the western edge of Clarkstown bordering the Town of Ramapo.

Last month, the Clarkstown Planning Board greenlighted a development project on West Clarkstown Road, a handful of citizens urged board members to take into consideration a raft of proposed projects on that road and their universal impact to traffic, sewer, water, and other environmental issues.

The Planning Board did not discuss the road as a whole but granted preliminary site plan approval for the demolition of the existing L’Dor Assisted Living Facility at 156 West Clarkstown Road, and the construction of a new 40-unit, two-story replacement property. L’Dor plans to reduce the size of the building by 4,000 square feet from its original of 34,844 square feet. The proposal now goes to the Architectural Historic Review Board (AHRB) for review.

On the town map, West Clarkstown Road is designated as a “secondary county road,” which means that the county is responsible for its maintenance and is a “street serving to connect major roads with each other.”

Residents say they already have trouble exiting driveways from their residential properties.

The most visible site that would undergo transformation is the former Champion Day Camp site at 175 West Clarkstown Road, which had most recently been operating as Camp Merockdim, an Orthodox Jewish day camp. Rockland County developer Gabe (Gavriel) Alexander is under contract to buy the 9-acre parcel in New City. Alexander has filed a memorandum of executory contract with the Clerk of Rockland to purchase the land from RW 175 Realty LLC in Pomona.

“ASHAR is only one of multiple development projects proposed for the West Clarkstown/New Hempstead Road corridor,” said CUPON. “We continue to urge local officials to consider the cumulative impact of these projects on our roads and infrastructure, and to show us they are serious about their stated goal to “safeguard neighborhoods from inappropriately scaled development.”