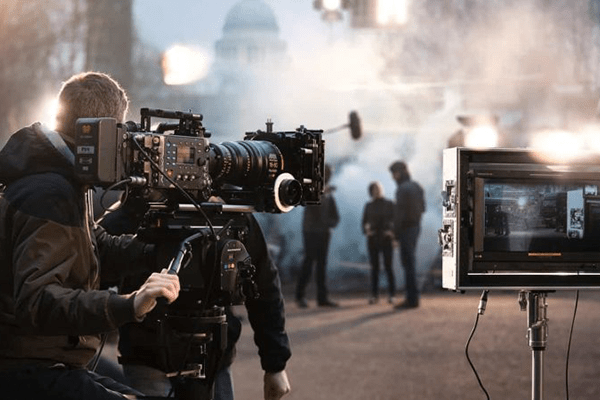 While COVID-19 clobbered some industries over the past year, others are stepping into the vacuum. That is particularly true in neighboring Orange County where economic development is focused on a growing film production industry, warehousing, food manufacturing, and marijuana production now that the recreational substance is legal.

Despite COVID, Orange County’s slated hotels along Route 17 are on pace to open or be built with the anticipated debut of Legoland in Goshen.

In March, Ted Doering, owner of Umbra Stages in Newburgh purchased Anthony’s Pier 9 to repurpose the building for a soundstage. Doering is also the Founder + Owner of V-Twin Manufacturing, Ted Cycle Shed, The Motorcyclepedia Museum and the Velocipede Museum, all located in Newburgh.

Doering plans to turn the 70,000-square-foot building at 2975 Route 9W into a movie-production studio similar to Umbra, which has four acoustical stages.

“We are seeing a significant growth spurt in film production in the Hudson Valley, especially in the Route 9W corridor from Cornwall to the City of Newburgh,” said Amanda Dana, director of Orange County Tourism & Film.

Dana said Umbra has purchased an additional five buildings in the Town of New Windsor along the Route 9W corridor including a bowling alley, two car dealerships and a marina to convert to film production offices, studios, fabrication shops, scene shops and storage.

“Depending on the production and length of filming, these investments will lead to thousands of jobs,” said Dana.

Towns up and down the Hudson Valley are clamoring to attract film production studios. In Rockland County, efforts to lure film studios are afoot, as town planners and elected officials talk about including film production in comprehensive plans and amending zoning codes to add the use.

At times, Orange and Rockland counties have competed for economic development dollars. LEGOLAND, which had planned to open only one megapark in North America, had originally contemplated Rockland County at the former Letchworth Village site in Haverstraw, but met instead with community resistance.

The $350 million theme park, which was due to debut a year ago, is slated to have a grand opening on July 4th in Goshen. The owner of the $500 million LEGOLAND New York amusement park, Merlin Entertainments, has struck a deal with the New York Department of Environmental Conservation to pay $346,000 for 36 citations primarily related to construction runoff into a local creek.

COVID has been a wrecking ball to the hotel industry but Maureen Halahan, president and CEO of Orange County Partnership, said building is on pace for at least 13 hotels up and down the Route 17 corridor.

“Some paused, delayed by COVID,” said Halahan. “Some got hurt but still opened. None of the projects have retired their endeavors. They’re all coming back online.”

Halahan believes Orange County tourism is strong, despite the COVID pause, citing another attraction. Dinosaur Kingdom, just 10 miles away from LEGOLAND, in the Town of Walkill will feature moving and roaring dinosaurs including the mighty T-Rex.

The county is also experiencing an explosion of breweries and cideries. The County’s Tourism & Film website boasts 11 breweries, three cideries, and several distilleries and wineries. The County even offers craft beverage bus tours.

Amy’s Kitchen, the California-based vegan and vegetarian frozen and packaged food brand, is on track to break ground this year to build a 369,00-square-foot manufacturing plant in Goshen, which will create nearly 700 jobs.

“We had to compete to get them,” said Halahan, pointing out that the company received tax incentives from New York State and the IDA. “The vacant site was zoned appropriately for what they needed. They purchased the site; the town wanted them here.”

The cost to purchase buildable acreage ranges from $16 to $20 per square foot in Rockland County compared to an average of $7 to $9 per square foot in Orange County, about half the cost, according to John Lavelle, associate broker for Rand Commercial.

COVID has changed the way we shop. There is pent up demand for warehousing, particularly the kind of “last mile” facilities Amazon is opening.

By Christmas, Amazon will open a state-of-the-art operations facility in Montgomery in time for the 2021 holiday season, generating more than 800 full-time jobs. The fulfillment center, which will span more than 1 million square-feet near the intersection of Route 17K and Route 747, will handle large appliances like televisions and refrigerators.

Finally, in the wake of the recent legalization of marijuana in New York State, Orange County is anticipating explosive growth in medical marijuana and industry-related facilities. At least seven companies including PharmCann, Curaleaf, Valley Agriceuticals, Hemp Farms of NY and others have been operating for the past few years. PharmCann in Hamtonburg, which opened three years ago, is expanding. Green Thumb Industries is aiming to open facilities in Warwick.

“Every county is trying to get in on this,” said Halahan. “When gaming was fair game, every county wanted a casino. Now, with a similar licensing process, counties are getting into position.”