Regal Cinemas Plans To Reopen All Its Theaters By End Of May; Nanuet Location To Open May 7 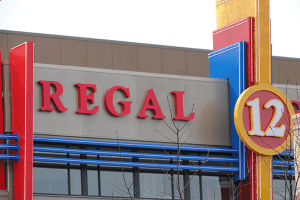 Regal Cinemas closed all 543 of its theaters in the United States in October due to continued revenue losses from the coronavirus pandemic. The chain had 44 New York locations including a theater in The Shops at Nanuet.

The next set of reopenings will be April 16, though none are in New York.

QDOBA Closes Location The Shops At Nanuet; Opening New Locations Beyond The Mall

Was it the Chipotle Mexican Grill that recently opened across the street at Rockland Plaza on Route 59 that delivered the last blow?

QDOBA, the fast-casual Mexican chain, appears to have shuttered its location at The Shops at Nanuet. Simon Property Group would not return calls to confirm the closure, but the mall owner has stripped the restaurant’s sign from its marquis.

The largest franchise in the fast-casual Mexican segment, QDOBA sees opportunity beyond the mall. The company is growing its non-traditional footprint across universities, airports and other venues where a premium is placed on convenience, speed, quality and value. Since August, the Brand has opened eight locations on college campuses across the country, according to Franchising.com. Two more non-traditional locations are slated to open by the end of the year.

Rebuild NY Cheers $1.08B In Infrastructure Spending Slated For Local Roads And Bridges

The Legislature and Executive have reached an agreement on the NYSDOT 2021-22 Capital Program with a substantial increase to local highway aid by a record 32.5 percent. In addition, $90 million in local highway aid that was held last year has been appropriated.

This significant increase in funding will enable localities and municipalities across the state to repair decaying infrastructure and create more jobs.

“We want to thank the governor and the legislature for prioritizing infrastructure spending in the budget and urge all members of both houses to approve the funding when the bill reaches the floor. Due to the incredibly strong advocacy efforts of our partners and advocates, the overall NYSDOT capital program is the largest ever at $6.168B. Within the NYSDOT capital program state and local construction also hit a record level for the 2021-22 budget at $4.8 billion,” said Elmendorf.