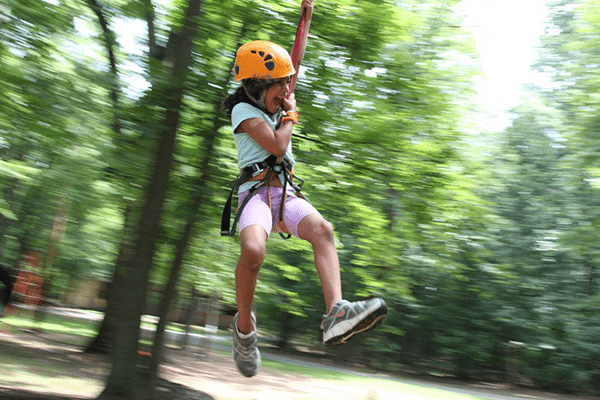 After mitigating a year of financial loss, summer camps are preparing for a better season, albeit one with pandemic parameters and a dose of uncertainty. In the summer of 2020, camp owners either muddled through an unprecedented season with COVID protocols, pivoted to virtual experiences, or called it quits for the season.

Now is the do-or-die moment for camps to resurrect and provide the havens that they have always been for children – and for parents who need to work.

“Summer camps are a uniquely American phenomenon,” said Lauren Wexler, Director of Camp Programs for The 92nd Street Y, which runs Camp Yomi at the Henry Kaufmann Campgrounds in Pearl River. “It’s a place created for childcare decades ago but has formed into its own culture. It has become an American staple for the social and emotional development of children.”

Summer camps also are part of the economic fabric of Rockland and beyond. Thousands of children spend summer days learning to swim, ride horses, make arts & crafts, and play sports. But running a camp is a complex matrix of economic activity.

Rockland is blessed with great open space for summer camps, which in turn, makes them ripe for development if camps fail. Recently, two Rockland day camps have been sold to developers who are planning senior housing development. Rockland County developer Gabe (Gavriel) Alexander purchased the 9-acre parcel in New City that houses Camp Merockdim (formerly Camp Champion), He wants to tear down Camp Merockdimand to build senior housing. The shuttered Camp Blue Rill property in Airmont has been sold to sold to Blue Rill Estates, LLC for $8 million. Blue Rill Estates LLC is based in Monsey, NY. build senior housing.

But camp directors believe pent-up demand this year will put them back on track.

“We are still waiting for guidelines from New York State but there is pent-up demand this season for summer camps,” said Susie Lupert, executive director of the American Camp Association NY/NJ. Last year’s guidelines were issued on June 1st though it appears that most congregate settings are or have reopened, though at a limited capacity.

Camp Yomi typically brought in nearly 1,000 campers paying on average $800 to $1,000 per week. Most parents sign up children in September following the close of camp, in December during the holiday break, and in March.

Summer camps are vital to the local economy. Wexler said the camp contracts with as many local vendors as possible – from laundering services for towels to bus drivers to supplies that come from many stores at The Palisades Center. Rainy days boost the economy with trips to local indoor entertainment venues.

Yomi lost 70 percent of its seasonal revenue in 2020 due to the pandemic though it salvaged the season with a virtual program. The 92 Street Y already had virtual after-school programming in place prior to COVID that was already offering classes in gymnastics, musical theater, the arts.

“All of our departments knew how to make it work, virtually,” said Wexler. “By June, we built a program that could keep kids engaged and build a community.”

Although it was not the same as being together in person and enjoying the outdoors, Yomi did recruit more than 250 campers from around the country and the world. A week of virtual camp, which ran five days a week from 10 to 3, cost $250.

“It was fascinating to see kids from Poland, London, and hot COVID spots like Arizona and Florida signing up,’ said Wexler. “This was an audience we would not have reached before.”

It was a compromise – as was everything during the pandemic – but Yomi built a summer community.

“Our goal was to make connections, to have a community, to bring the foundations of the camp to the computer,” said Wexler.

Planning for 2021 is complicated. Yomi will run the camp at a 35 percent reduced capacity. It plans to keep children in “pods” and maintain social distancing. Buses will run at half capacity. Staff will be masked at all times. Children will need to be masked when they are indoors.

Revenue will be down but so too will costs including the hiring of staff. The camp director says this year’s contracts take into considerations COVID interruptions. “We’re having honest conversations with vendors and staff,” said Wexler, acknowledging the pandemic has taught us to live with uncertainty. Vaccines make us hopeful but variants or a fourth surge keep us on edge.

Wexler says the camp recognized it needs to make “sacrifices,” though it will not forego its counselor-to-camper ratio. The 2021 season triggers new ways of thinking about running a camp.

“We’ve had calls from parents who say their child has lost his social confidence after a year behind screens,’ said Wexler. “This summer will be about how to help kids socialize again.”