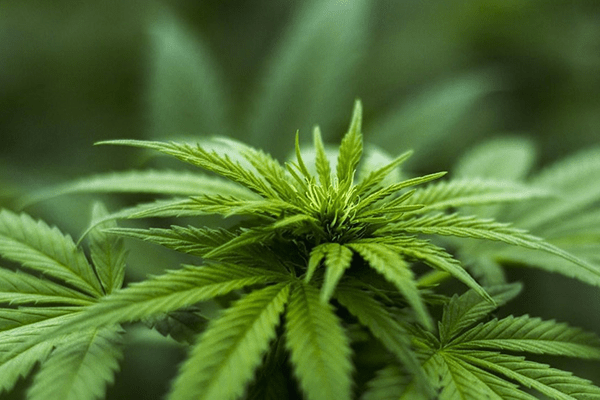 New York is prepared to join a growing number of states that have legalized marijuana after state lawmakers reached a deal to allow sales of the drug for recreational use. The New York State Senate voted last Thursday by a margin of 43-20 to legalize recreational marijuana. The bill passed the Assembly, and Governor Cuomo is expected to sign the bill into law.

The agreement reached would expand the state’s existing medical marijuana program and set up a licensing and taxation system for recreational sales.

The development of an adult-use cannabis industry in New York State under this legislation has the potential to create significant economic opportunities for New Yorkers and the State. Tax collections from the adult-use cannabis program are projected to reach $350 million annually.

Additionally, there is the potential for this new industry to create 30,000 to 60,000 new jobs across the State. Real estate developers like the IRG (The New York Center For Innovation) in Pearl River have been courting cannabis growers to its sprawling industrial campus. Town Supervisors and economic leaders have been talking about diversifying industry and manufacturing, especially in the wake of the pandemic.

It has taken years for the state’s lawmakers to come to a consensus on how to legalize recreational marijuana in New York. At least 14 other states already permit residents to purchase marijuana for recreational and not just medical use. Cuomo has pointed to growing acceptance of legalization in the Northeast, including in Massachusetts, Maine and most recently, New Jersey.

Democrats, who now wield a veto-proof majority in the state Legislature, have made passing it a priority this year, and Democratic Gov. Andrew Cuomo’s administration has estimated legalization could eventually bring the state about $350 million annually.

Proponents say legalization could create thousands of jobs and begin to address the racial injustice of a decades-long drug war that disproportionately targeted minority and poor communities.

“I hear the concerns being raised by the law enforcement community loud and clear,” said County Executive Ed Day, who remains largely opposed to the bill even though he acknowledges there’s been additional discussion over the last two years.

“This is not about revenue or tax dollars; this is about the damage that could be caused to our society by government saying it is okay to use this drug,” said Day. “With that damage comes costs, costs to law enforcement, to addiction support programs, to the people using this drug and their families and to our communities.”

“My goal in carrying this legislation has always been to end the racially disparate enforcement of marijuana prohibition that has taken such a toll on communities of color across our state, and to use the economic windfall of legalization to help heal and repair those same communities,” Sen. Liz Krueger, Senate sponsor of the bill and chair of the Senate’s finance committee, said.

The legislation would allow recreational marijuana sales to adults over the age of 21 and set up a licensing process for the delivery of cannabis products to customers. Individual New Yorkers could grow up to three mature and three immature plants for personal consumption, and local governments could opt out of retail sales.

Cities, towns, and villages can opt-out of allowing adult-use cannabis retail dispensaries or on-site consumption licenses by passing a local law by December 31, 2021 or nine months after the effective date of the legislation. However, they cannot opt out of adult-use legalization.

Cresco Labs, a medical cannabis dispensary in Bardonia formerly known as Remedy, opened in 2019. It was the first marijuana medical dispensary in Rockland County.

When passed, the legislation would take effect immediately, but sales would not begin right away. The state will need time to establish rules and a proposed cannabis board. Assembly Majority Leader Crystal Peoples-Stokes estimated it could take 18 months to two years for legal sales to begin.

The bill proposes a new cannabis tax structure that would replace a weight-based tax with a tax per mg of THC at the distributor level with different rates depending on final product type, ranging from 0.5 cents per milligram for flower to 3 cents per milligram for edibles. The wholesale excise tax would be moved to the retail level with a 9 percent state excise tax. The local excise tax rate would be 4 percent of the retail price. Counties would receive 25 percent of the local retail tax revenue and 75 percent would go to the municipality.

The agreement would create a two-tier licensing structure that would allow for a large range of producers by prohibiting growers and processors from owning retail stores. The legislation will create licenses for producers and distributors, among other entities, and the legislation will implement strict quality control, public health and consumer protections.

A social and economic equity program would facilitate individuals disproportionally impacted by cannabis enforcement by having 50 percent of licenses go to a minority or woman-owned business enterprise, or distressed farmers or service-disabled veterans to encourage participation in the industry.