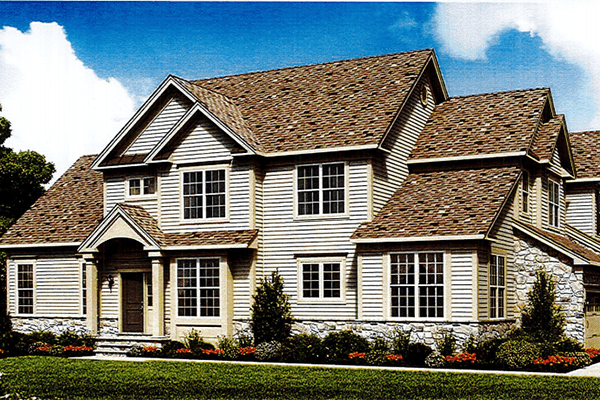 The applicant, which is holding a community meeting to discuss the project Thursday at 6 pm at the Knights of Columbus at 150 Eire Street, wants to build 40 units of attached senior townhomes for residents 55-and-older in a planned adult community (PAC). Their vision includes 36 two-bedroom units and four three-bedroom units. The PAC will include a recreation area for homeowners.

If they move forward, Toll Brothers will need a zoning change on the parcel from R-40 (a minimum of one-acre lots) to R-15, which allows for medium density. The applicant would also require the implementation of the town’s PAC floating zone, which is a zoning overlay in residential districts to allow denser senior housing. Under the town’s zoning cone, the town’s PACs do not allow for overlays.

Maximum building height in the zone is 35 feet, or two stories. The applicant is not asking for a height variance.

The applicant would also need variances for front-yard setback and for FAR (floor area ratio), because the project seeks a minimal increase in what is allowable.

Toll Brothers is under contract to purchase the property from Gatto Lane LLC.

To date, the applicant has had preliminary meetings with town officials. Toll Brothers, a publicly traded company, is the nation’s leading builder of luxury 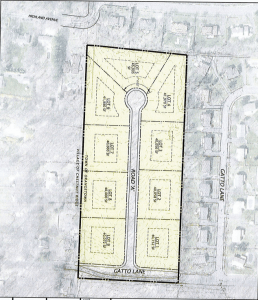 The Town of Orangetown’s Comprehensive Plan, adopted in 2003, identified six goals for future residential development, including: “help facilitate the development of a variety of housing options for increasing senior population.” The plan states zoning for “adult housing should be increased to eight dwelling units per acre,” to reduce impacts including traffic, water and sewer systems, and the school tax burdens created by growing student populations. The town adopted the PAC zone based on these recommendations in the comprehensive plan.

This zone change and implementation of the overlay would be an “unlisted action” under New York SEQR (State Environmental Quality Review), and no environmental impact is necessary, according to the applicant. However, the applicant notes the property is situated within 2,000 feet of two sites listed in the New York Environmental Site Remediation Database.

Developers are showing an immense appetite to build senior housing in Rockland County and beyond. Earlier this month the Clarkstown Planning Board granted preliminary approval for a special permit to a developer who intends to build a senior housing complex on the former Schimpf Farm in West Nyack despite concerns from neighboring residents and members of the Rockland County Department of Planning. Several projects are pending.

Additionally, Orangetown, which has inserted itself into the future development of the HNA Training Center in Palisades, has said senior housing would be a potentially viable option for the 106-acre property on Route 9W.

According to 2019 Census data, the number of New Yorkers aged 65 and older increased 26 percent over the past decade. In Rockland County, 46 percent of all households are now headed by persons 55 and older, 80 percent of which are homeowners. Orangetown’s average age is 39 and 32 percent of its residents are 55 and older.