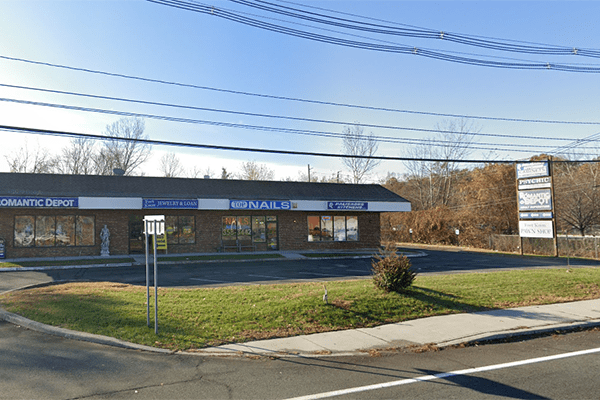 Taking advantage of a more flexible retail leasing market, Michael’s Tuxedos by Dante Zeller will re-open next month at 303 Route 59 in West Nyack.

The iconic men’s clothier has been on a rollercoaster ride over the past three years, first losing its iconic “glass house” at Rockland Plaza in Nanuet, which made way for a Shake Shack and a Chipotle. Then it relocated to South Middletown Road in Nanuet, shortly before COVID hit. It did not make it. The retailer closed its doors in October.

But now, hoping to take advantage of the upcoming formal-wear season – as well as flexible leasing deals — Michael’s Tuxedo’s is once again gambling on renewed demand as Americans are increasingly vaccinated against COVID and the world yearns to return to normal.

“There is a much greater need for creative deal-making,” said Jason Horowitz, broker for Triforce Commercial Real Estate LLC, which leased the space to Michael’s Tuxedo.

Horowitz said Michael’s Tuxedos signed a one-year lease for the 1,706-square-foot, turn-key space in the former Fort Knox Jeweler’s location at the small shopping center across from the Palisades Center. The center also houses the Romantic Depot — so maybe a one-stop shop for grooms planning wedding and honeymoon?

Retail spaces have been hardest hit by COVID, along with office and some commercial. In contrast, industrial warehousing space is the hottest segment of the market.

However, he said retail rents remain in the $15- to $30 per square foot range, depending on location and lease type structure (NNN or Modified Gross).

Horowitz, who also brokers in Manhattan, says Rockland landlords, while flexible, are holding out for rents consistent with pre-COVID levels. Many, he said, own their buildings. In contrast, he said he’s making retail deals in Manhattan at nearly a 50 percent reduction in leasing prices.

Owner Michael D’Amato of Michael’s Tuxedos is hoping there will be a 2021 graduation and wedding season to capture. He previously told RCBJ that unless he opened a location, he would not be able to take advantage of a resurging market.

On the other hand, COVID has held us down longer than expected and it’s too soon to know whether it will be safe to gather en masse again this spring and summer.

“I don’t want to commit until things are normal, but at the same time I need to be ready when they are,” D’Amato had said back in January.

D’Amato, Horowitz said, wanted to remain in the Route 59 corridor, close to the mall, Nyack, and Nanuet where customers have known the retailer for four decades.

An optimist at heart, D’Amato has worked before with a flexible landlord on South Middletown Road. His company’s Verona, New Jersey location has continued to operate throughout the pandemic. However, the family owns the building, which eliminates the burden of paying rent to a landlord.

The multi-generational Michael’s Tuxedos in Nanuet has been dressing grooms and graduates for more than 40 years. Even steep downturns in the economy, like the 2008 recession that suppressed spending and changed the tone of corporate festivities, only temporarily impacted Michael’s.

After closing in mid-March during New York State’s-enforced lockdown, Michael’s lost graduation and prom season, which typically accounts for 70 percent of its annual revenues. Spring and early summer weddings were cancelled.

The store reopened in June and found “a little bit of buzz throughout the summer” but people were cancelling fall events. By October, he closed the location.

D’Amato says he’s got scores of weddings booked for spring 2021 and beyond.