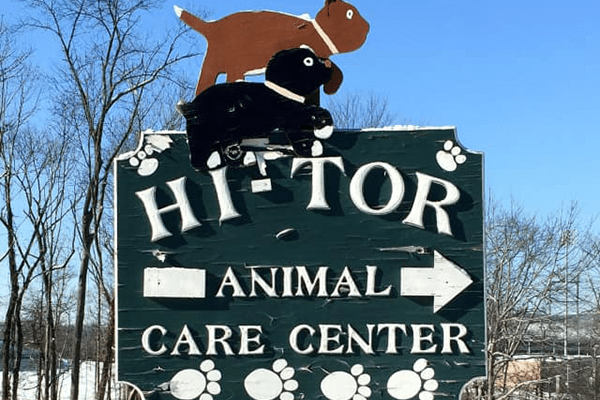 Dissatisfied with Hi Tor Animal Care Center, the Town of Orangetown has terminated its agreement with the county’s only no-kill animal shelter. The decision, though, could stifle progress in building a new shelter, according to County Executive Ed Day.

“If any other towns terminate their contracts,  Hi-Tor will face significant fiscal issues and may not be able to continue operating, at which point an $8 million investment in a brand new facility would no longer make sense,” said Day.

On Jan. 19th, the Orangetown town board voted to pay $39,399 for the 2020 contract even though nearly every board member and Town Supervisor Teresa Kenny questioned the value of the contract with the Pomona—based nonprofit that’s run by the county.

Pivoting, the town has signed an agreement with the Hudson Valley Humane Society to handle its stray dogs, but not cats or any other animal.

“We will just be caring for the town’s stray dogs,” said HVHS president Ann Marie Guadio.

Guadio says the facility, located in Pomona, can handle up to 90 dogs.

In discussions over Hi Tor, board members collectively criticized the county’s glacial efforts to build a new shelter. Town board members said they’re skeptical that the county will ever build a shelter.

But Day says the project is moving forward but Orangetown’s decision to break from Hi Tor could derail progress.

They will soon complete this work, and the County will move forward with a groundbreaking later this year, said Day.

“Until Orangetown’s termination of their contract, this was a project supported by all five of Rockland’s towns through New York State’s Shared Services Initiative which would have provided potential reimbursement for some cost to each entity involved,” said Day.

In July of 2020, Day signed a resolution approving $497,000 in funding to move ahead with design plans to construct a new $7.75 million animal shelter facility that will replace the current structure in Pomona. The money comes through the New York State Companion Animal Capital Fund, the first state-funded program in the nation to support critical improvement projects at animal shelters.

The shelter has suffered for years from overcrowding and underfunding, in a facility basically unchanged since 1972.

In January 2018, County Executive Ed Day signed a resolution, passed with the support of the Legislature, to bond $1.2 million to finance the construction of a new building for the Hi Tor Animal Care Center. This money combined with $350,000 from Hi Tor’s fundraising and $500,000 in state grants means a new $2,050,000 facility is slated to be built in Pomona on the existing animal shelter site.

Rauhaus Freedenfeld & Associates Architects was selected from eleven design firms through the County’s Request for Proposal (RFP) process to provide design plans and specifications for the new shelter.

Day said issues raised by the Town of Orangetown are not supported by recent reports by the New York State Department of Agriculture and Markets – which is tasked with performing  inspections. He said there were no issues over the treatment of animals at the facility.

At town board meetings, Kenny said the shelter failed “many inspections,” but was not specific.

“To claim an overall failure is disingenuous and ignores what we all know; this is an aging structure which is in dire need of replacement,” said Day.

In a letter dated Feb. 2, Day aims to clarify that no part of the $39,000 annual contract fee was allocated to the building of the new shelter. He also points out that while Orangetown may have only brought in about a dozen dogs, the figures do not take into account the total number of animals surrendered to Hi-Tor by Orangetown residents and taken by their Animal Control Officers were: 129 in 2017; 110 in 2018; 41 in 2019; 49 in 2020 and 12 so far in 2021.

Taking an animal to Hi-Tor has been a free service for Orangetown residents as part of the contract with the County and Hi-Tor and remains free for the residents of Rockland’s other four towns but any Orangetown resident attempting to drop off an animal at Hi-Tor moving forward will now, unfortunately, be charged, Day said.

“The only certainty we have right now is this, with the continued cooperation of the towns, we will soon have a new shelter facility, without that cooperation we won’t,” said Day.