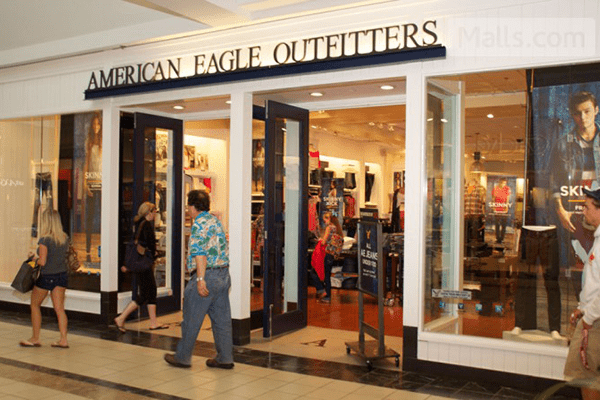 Apparel retailer American Eagle Outfitters (AEO) plans to double its Aerie business to $2 billion in revenue by 2023, while looking to improve profit at its namesake American Eagle stores.

To that end, AEO CFO Mike Mathias has told investors that the retailer is looking to close 200 to 250 locations, mostly mall-based, during the next two to three years. As many as 225 stores could close by the end of fiscal 2023.

There is an AEO store at the Palisades Center, but it is unclear if that location will be affected by the closures.

There are 880 American Eagle stores. It also plans to add around 50 Aerie stores to bring the total to around 400 by the end of 2021. An Aerie store recently opened at the mall.

Chief Operations Officer Michael Rempell said 85 percent of the company’s 2020 lease renewals are for just one year. The short lease terms, 2.8 years on average, give the company a strong negotiating position.

Even before the pandemic, the Palisades Center was in a state of flux, affected by the loss of Lord & Taylor, Bed Bath & Beyond, JC Penney, and many others. The three-month spring closures due to the COVID-19 lockdown exacerbated the state of retail, dining, and entertainment. Occupancy rate before the pandemic was 82 percent. The center has sued many retailers for back rent, including Solstice Sunglass Boutique and Bed Bath & Beyond.

On the upside, Macy’s has remained at the mall, while closing locations elsewhere, including its location at the Galleria Mall in White Plains.

AMC Theatres, the nation’s largest cinema chain, reported late last year that it’s in danger of running out of money. The company, which operates more than 550 U.S. cinema locations and 1,000 worldwide, including a location in the Palisades Center, said it needs at least $750 million to remain viable, even after obtaining $100 million in new debt financing, according to a federal regulatory filing.

The New York Sports Club has shuttered, as Town Sports International, which owns the chain, filed for Chapter 11 restructuring.

A handful of new tenants, mostly food retailers, are slated to open at the mall, according to a source familiar with tenant leasing.

The mall is seeking to have its tax rate cut in half. Recently, appraisers said the Palisades Center Mall’s value is $425 million, according to data firm Trepp, less than half of the $881 million that the mall was valued at in 2016, when owner Pyramid Companies received a $388.5 million mortgage on the 1.8 million-square-foot property.