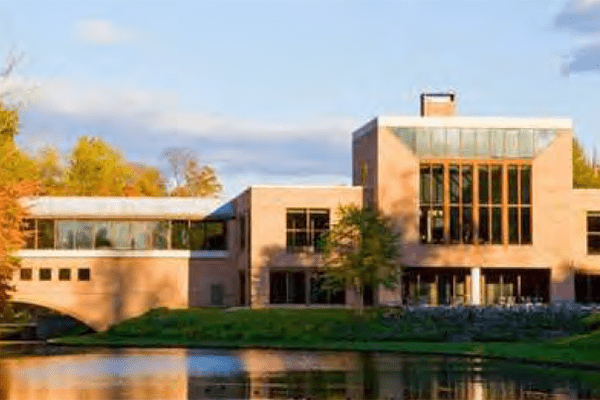 Responses To Request For An Expression of Interest (RFEI) Are Due Feb. 8

The Town of Orangetown has issued an official invitation to the development community to reimagine the HNA Palisades Premier Conference Center in Palisades.

The Request for an Expression of Interest (RFEI) was issued last week by the town calling for a “preferred developer or preferred development team” to facilitate the town’s redevelopment goals, which include rezoning the site to enhance ratables.

Orangetown, which is hoping to play an influential role in the future fate of the privately-owned HNA Palisades, envisions both development and environmental conservation. Specifically, the lush, 106-acre site could be developed for a bevy uses including residential, commercial, recreational, movie studio, senior assisted living. But the list also includes what the site is or has recently been used for: hotel, conference center, or a corporate headquarters.

The RFEI specially says “a rezoning of the site, as well as other cooperation with the town, may be required to facilitate redevelopment opportunities.” The town passed a resolution in October to initiate the RFEI process.

The town has scheduled a site visit for prospective developers for February 1st. Responses are due March 1st, and town expects to select a developer by April 12th.

On Oct. 1, the Town of Orangetown board hired engineering/planning firm AKRF and attorneys Zarin & Steinmetz to assist with the marketing and sale of the 106-acre parcel located at 334 Route 9W. The resolution instructed the parties to circulate a Request for Expressions of Interest (RFEI) to potential buyers.

Town officials have previously expressed concern that the bucolic property will lend itself to a “fire sale,” meaning it will be sold on the cheap to a potential buyer that will take the property off the tax roll or develop it inappropriately. Recently, Nyack College, a similarly sized parcel, was sold for $45.5 million to the Yeshiva Viznitz. Many in the real estate brokerage realm expressed surprise over the discounted price; reports indicate the college had originally been seeking upwards of $75 million.

Developers pitching the project will need to prove to Orangetown that the plan includes a provision for indoor/outdoor community uses, improvements the visual character of the site and offers a fiscal benefit to Orangetown taxpayers.

Many residents have said they do not want to see manufacturing (which the site is zoned for) or multifamily housing (which it is not zoned for) on the parcel.

In 2017, HNA won approval from Orangetown’s Planning Board to build an additional five-story hotel with 100 rooms on the property. But there was a snag: HNA didn’t have the right to rent those rooms to the general public because the center is located in a zone (Laboratory Office, or LO) that does not permit hotels. Rather than seeking a use variance for its hotel addition and its current hotel facility — an onerous process for any applicant — HNA worked closely with Orangetown to come up with a solution: the 106-acre tract would be rezoned “Office Park (OP)” – a zone that allows hotels — but HNA would agree to a restrictive covenant that capped building heights at 50 feet and any free-standing outside retail vendor would be prohibited. The new zoning and the restrictive covenant runs with the land in perpetuity.

In explaining why the town has gotten involved in steering the fate of the site, Councilman Tom Diviny said the site is zoned for manufacturing. He said the town doesn’t want another “Annellotech,” referring to a fight by citizens of Pearl River five years ago to fight Annellotech’s plan for a bio-tech plant.

In July 2017, town officials were caught off-guard when RCBJ reported HNA was for sale. Vasco Ventures, a south Brooklyn-based, real estate investment business that buys commercial and residential real estate, was in contract to purchase the property for $40 million, according to sources. At that time, Vasco Ventures paid HNA $4.4 million for the Hudson Valley Resort in Kerhonkson, a downtrodden upstate hotel.  ZVG@Palisades LLC, an entity affiliated with Vasco Ventures that was negotiating the deal, did not meet its Nov. 12th, 2019 deadline to purchase the HNA Training Center in Palisades.