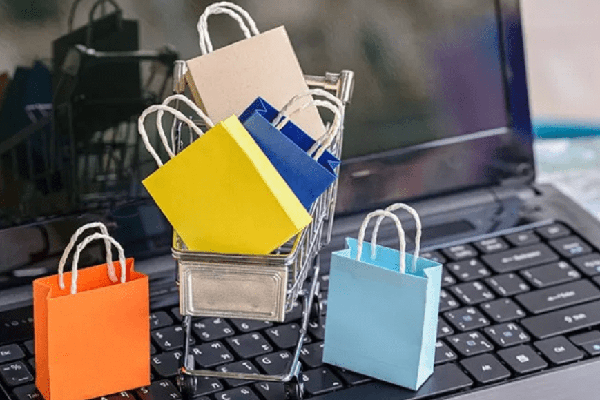 American consumers hungry for online deals spent a record $10.8 billion on Cyber Monday, according to data from Adobe Analytics, which analyzes website transactions from 80 of the top 100 U.S. online retailers. That’s a 15.1 percent increase over the $9.4 billion shoppers spent last year, giving Cyber Monday 2020 the distinction of being the largest online shopping day in U.S. history.

However, those numbers fell short of Adobe’s original forecast of $12.7 billion. The firm had been revising its Cyber Monday estimate downward in recent days. Adobe cut its online sales forecast for the entire holiday season to $184 billion, which is still a 30 percent increase from last year. It originally estimated online sales of $189 billion.

“What we’re seeing this year is $1 out of every $4 this season is being spent online. And that’s a marked increase from last year when it was about $1 out of every $5,” Adobe’s senior digital insights manager Vivek Pandya told CNN Business. “That’s additional billions of dollars that are being migrated online. And that’s being done in a very short period of time because of the pandemic.”

“Throughout the remainder of the holiday season, we expect to see record sales continue and curbside pickup to gain even more momentum as shoppers avoid crowds and potential shipping delays,” according to Adobe’s analysts.

Shopping traffic on Thanksgiving Day dropped by 95 percent, as many stores closed to give their employees time off and to avoid crowds.

Traditional brick-and-mortar stores on Black Friday saw a 52 percent drop in Black Friday traffic compared to last year, according to a report from Sensormatic Solutions. But Black Friday, the annual shopping event the day after Thanksgiving, also broke records this year with $9 billion in online spending, according to Adobe.

Retailers have put many of their top holiday deals online, encouraging shoppers to buy on the web and then pick up purchases curbside.

Sensormatic predicts in-person shopping will be at least 22 percent lower this year during the holiday season.

Retailers are maintaining competitive discounts. Toys, electronics, and appliances saw the steepest cuts, according to Adobe. Video games, toys, Apple AirPods were some of the most popular items being purchased, as were books, arts and crafts and household supplies like toilet paper.

The holiday shopping weekend has been a sea change this year due to the coronavirus pandemic. Many stores opted to skip the traditional opening on Thanksgiving night leading up to the big day, instead rolling out some of their best sales online for the past couple of weeks.

Traffic at stores on Black Friday fell by 52.1 percent compared with last year, as Americans shunned malls and in-store shopping, according to preliminary data from Sensormatic Solutions.

Roughly half as many people visited stores on Black Friday as they did last year, according to research firms that track foot traffic. Many malls looked anemic and parking lots were more empty than full, across much of the country. Some reported traffic picking up later in the day, especially at outlet and open-air shopping centers, as some consumers felt more comfortable heading out.

From Black Friday through the coming weeks of the holiday season, traffic in retail stores is expected to be down nearly 25 percent compared to last year.

Small Business Saturday, which promotes mom-and-pop stores and other local businesses, has said the holiday season is off to a good start. As of Saturday morning, 44 percent of surveyed customers said they chose to support small and local retailers during this particularly difficult year. Sales for smaller retailers were already up 545 percent on Black Friday compared to a regular day in October.