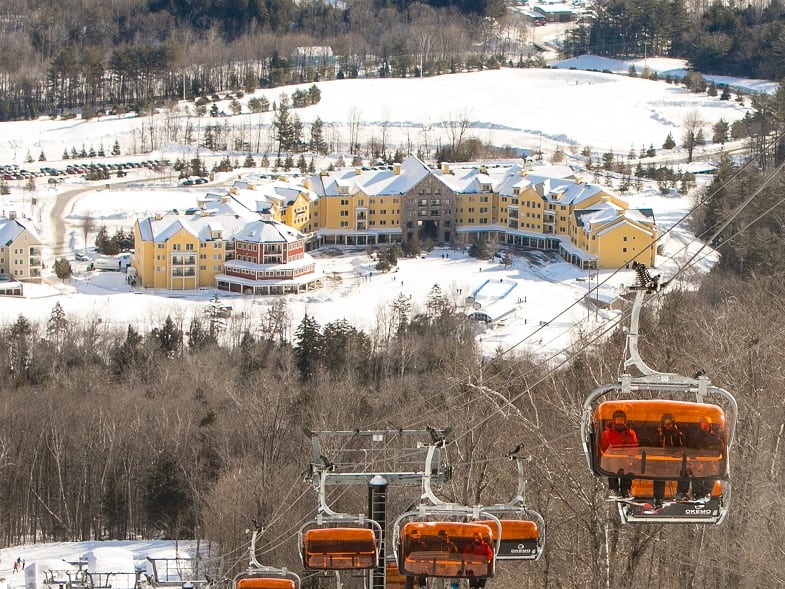 A Rockland-based tour operator that focuses on serving Orthodox Jewish vacationers and skiers has sued a Vermont resort for allegedly breaching a contract for nearly 500 rooms for a four-night stay during Hanukkah.

The suit, originally filed in Rockland County but moved to the U.S. District Court for the Southern District of New York in White Plains, claims Okemo Mountain Resort canceled a group lodging agreement in September, asserting that “Covid-19 pandemic was disrupting business.”

The suit filed by Kosher Ski Tours Inc. of Suffern alleges that Covid was “a mere pretext to take advantage of increased demand for local ski resorts by vacationers looking to avoid air travel.”

The suit also says, “not only is Okemo operating — it has been actively marketing and booking the rooms reserved by Kosher Ski Tours at full non-discounted rates.”

Upon execution of its agreement in December 2019, Kosher Ski Tours paid a $300 deposit for rooms for Dec. 10-14, 2020. Another $65,000 was due Sept. 17th.  According to an examination of the terms of the contract, reservations will be released if deposits are not received. There is no allegation in the suit that Kosher Ski Tours ever paid the $65,000 deposit by that date.

On Sept. 18th, a day after the deposit was due, Okemo notified Kosher Ski Tours by email that it was terminating the agreement. Kosher Ski Resort’s suit claims Okemo “would rather book the rooms directly to customers at non-discounted rates, rather than honoring the agreement to provide KST with a block of rooms at the already agreed-upon discounted rate.”

Kosher Ski Tours is demanding at least $500,000 from Okemo Limited Liability Co., the operator of Okemo Mountain Resort plus interest and attorneys’ fees.

The tour company accuses Okemo of breach of contract, claiming it has lost more than $500,000 in “profits from reservations, ski tickets, equipment rentals and catering kosher meals, as well as long-term enterprise and reputational damages.”

Okemo has received an extension from Judge Vincent Briccetti to answer the complaint by Dec. 11th.

Yaakov Biderman of Kosher Ski Tours reserved the vacation for the first days of Hanukkah, the eight-day commemoration of the Maccabee’s 2nd century B.C. defeat of the Greek army in the Holy Land and the rededication of the Holy Temple in Jerusalem.

The deal was mutually beneficial, according to the complaint, to both parties since “the dates reserved under the agreement were during Chanukah, but not did not overlap with Christmas, allowing KST to take advantage of depressed pricing, while benefitting Okemo by filling otherwise vacant rooms prior to the Christmas holiday period.”

“Okemo is clearly using Covid-19 as a pretext,” the lawsuit states. “Okemo wants to maximize its profit on each lodging unit by selling directly to guests at full price, rather than letting KST rent the rooms at the already agreed-upon discounted rate.”