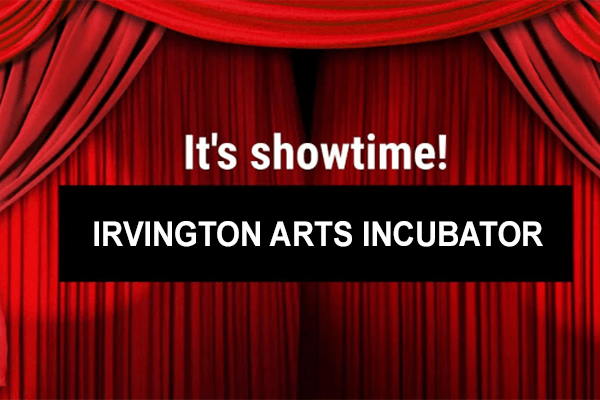 Amid the dark recesses of the pandemic, there has been light, particularly when it comes to making art and sharing art.

Never in our history have Broadway and other theaters gone silent for such a protracted stretch – not during recessions, wars, not even during the Spanish flu epidemic 100 years ago. From Broadway to the burbs, we’ve been denied the privilege of the collective theater experience

But artists must create. This summer, Irvington Theater in Westchester, which had been planning a fall debut of an arts incubator program for emerging works of art, sped up its launch with an online YouTube forum for The Arts Incubator. Viewing is free and the works are on the YouTube channel indefinitely.

“Many more people can see works of art on a YouTube channel than during one afternoon at the theater, said theater manager Greg Allen. “This is exciting for both the audience and arts.”

Sharing art online is not new, but it has become a life raft. Part of the new normal. Artists always persevere because they must – they’re artists. They have an intrinsic need to share their art. As the famous actress and theater teacher Stella Adler has said, “Life beats down and crushes the soul and art reminds you that you have one.”

Earlier this month, Award-winning Rockland County playwright and filmmaker Samuel Harps presented a new teleplay about an environmental disaster in the near future in The Arts Incubator, an Irvington Theater program that gives artists a platform to showcase their work and receive feedback on early drafts.

Harps’ “Racing the Sun” examines what people believe and how they behave when their existence is threatened. Harps’ productions have been featured in New York at the Paul Robeson Theater, National Black Theater, and Billie Holiday Theater, to name a few. Harps also serves as the Artistic Director for Shades Repertory Theater in Garnerville.

On Nov. 19th, The Arts Incubator will air “The Review,” a play about the fraught relationship between a budding artist and an art critic. The play, which looks at words and why they matter and how they impact behavior, is particularly poignant at a time when the nation and the world is undergoing a reckoning on what it means to be human and interconnected.

The play is the birth child of Joy Ciarcia-Levy and Cyndi Scott, Westchester residents who met more than two decades ago while working at the production department at ABC News in Manhattan. The play was produced, edited, and directed by Scott’s husband, David, executive producer of “The People’s Court.”

“The Review” had been sitting on Ciarcia-Levy’s shelf for 20 years. Influenced by her mother, who had worked for both Richard Rodgers and Hal Prince, and founded the Chapel Street Players in Stratford, CT, the playwright began penning works at age seven. Ciarcia-Levy has always written plays, but she climbed the professional ladder in television production and more recently has been teaching at Mercy College.

The pandemic has gifted some with time, time to contemplate that novel in the drawer or the play that has been collecting dust.

When Ciarcia-Levy unearthed her unfinished play, she felt a fresh desire to revisit it but with one significant change: she wanted a collaborator. The playwright turned to Cyndi Scott, who also earned her chops in the television world and who loves the art of storytelling.

The two have enjoyed a long friendship – having been colleagues at one time, but more recently living in Westchester, raising families, and going to the theater whenever possible.

“I started the play in the early 90s but I knew it needed updating,” said Ciarcia-Levy. “I needed Cyndi to bring it to the 21st century, to redo the dialogue, to redefine the characters. This play is a true collaboration.”

What the playwrights now await is feedback on the first two scenes that will be read via the Arts Incubator program.

“We will have the opportunity to massage the play, which is a work in progress, because of the public feedback and the exposure,” said Scott.

The playwrights, who wrote together “virtually” all summer, and rehearsed with the actors by ZOOM, appreciate how adaptive we all can be. But they look forward to the day when theater seats are filled, the lights dim, and the curtain rises once again.

“It would be amazing if we can perform this one day in the theaters live again,” said Scott. We’d love to bring this to the Irvington Theater or the Antrim Playhouse in Rockland County.”