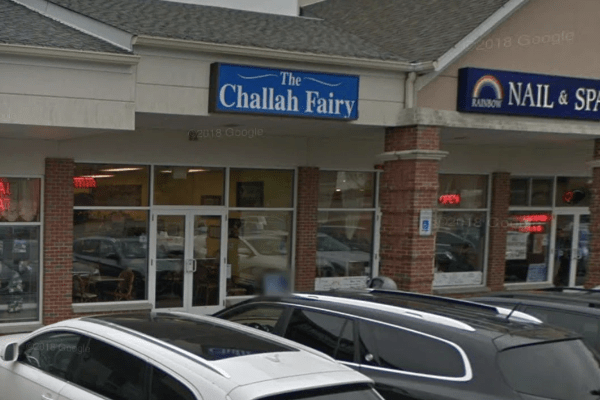 For more than a decade, Chanalee Fischer – aka the “Challah Fairy” — pumped out tens of thousands of loaves and made a name for herself in Rockland County. But in the end, location is everything – or in Fischer’s case – it was not enough.

The Challah Fairy has called it a day.

On October 1st, she closed her bakery/café at 170 North Main Street in New City. Fischer said there was not enough support and patronage from the local community to keep the ovens fired up.

Fischer, a very young 60, is ready for a respite. Though Fischer poured all her love and energy into her culinary creations, it was hard to make the numbers work. The pandemic sent the business over the cliff despite a flexible landlord, wholesale supermarket orders, and seasonal demand around the Jewish holidays.

In the end, what Fischer discovered was that holiday-time support from the secular Jewish community and tepid demand for kosher food was insufficient to make her business tick.

“For traditional Jews, it’s not important to celebrate Shabbos every week,” said Fischer, referring to “Shabbat,” the Jewish Friday night dinner ritual that includes a challah on the table.

Over the course of a decade, the Challah Fairy thought about relocating to sections of Rockland County with a greater concentration of Orthodox and religious Jews but found it difficult to walk away from a space that she’d established and invested in.

“I regularly asked myself, ‘Why am I doing this?’” said Fischer. “I basically broke even, paid myself a minimal salary.” But Fischer succumbed to what many artisanal entrepreneurs succumb to – an overwhelming desire to keep making a product that defines them and spreads joy.

Fischer has baked for a long time. Retail production began more than a decade ago in her kitchen, then in her garage, and finally in her first location – a 500-square-foot retail space – on Third Street in New City baking in two small convection ovens. Media attention gave her the bump she wanted, and she was baking 50 challahs an hour to keep up with demand.

Needing more storage space and confident she’d grow her brand, Fischer traded up to her current location – leasing a 2,000-square-foot space in a supermarket-anchored strip mall. From the outset, the baker believed the Challah Fairy had to be both a bakery and café. A destination, to drive enough traffic and make the numbers work.

“We opened up and people came for a couple of years but then they stopped,” she said. “People just wanted to go to the diner. That’s what they grew up with. That’s what they’re used to. So they didn’t come regularly. But they’d come around the holidays and tell us ‘we’re so happy you’re here.’”

Through the years, Fischer grew her brand wholesaling to supermarkets, selling to schools and day camps, and catering. Two years ago, they began selling bread via a website. The Challah Fairy also donated breads to local charities and to those in need including overseas troops. “If someone came in and said they couldn’t afford the challah, I’d say, ‘I know you’re going through a hard time, please take one, no charge,’ said Fischer.”

In January 2020, Fischer was staring down another challenging year of making it work.

“Many kosher restaurants had opened in Rockland County and there’s really no reason for people to schlep down to New City for kosher food,” she said.

At this point, Fischer thought moving would be too cost prohibitive. She struggled through to mid-March and then the pandemic gave her the push she needed. She maintained a part-time baking operation in April through Passover. And did the same through to the Rosh Hashana and Yom Kippur. And on Oct. 1st, she sold a chunk of her inventory, grabbed her Hobart mixer, and closed the door behind a heart-driven enterprise that left her feeling bitter-sweet.

“I’m not baking now even though it’s in my blood,” said Fischer. “I have opportunities to sell my recipes or bake for others, but I need time. I’m not in a rush.”

The Challah Fairy is clear on one thing: she never wants to own her own business again.

“I’m a business woman but I’m not,” she says. “What I really am is a baker with an intense desire and passion for making people’s lives happier. Challah is a way of sharing, giving, making people smile. I know I’ve achieved that. In that way I can say I feel successful.”

To get in touch with Fischer, email: thechallahfairy@gmail.com