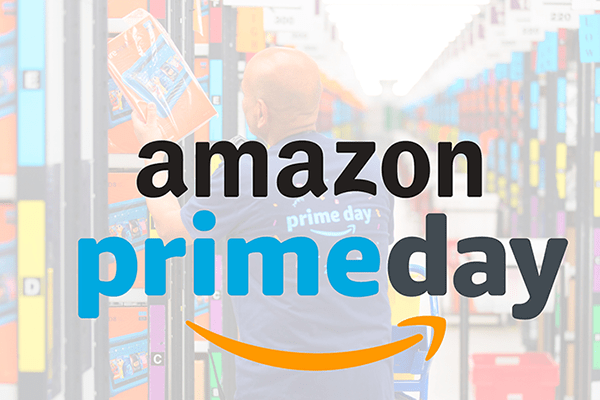 The e-commerce giant is estimated to have sold 260 million items over the course of the two-day event, a 47 percent increase from last year.

Every year since 2015 Amazon has boasted that the savings event shattered prior Black Friday or company sales records. But this year, perhaps with a sensitivity to retailers struggling in the COVID environment, and with a creeping pressure from antitrust proponents, Amazon changed its tune by playing up how small businesses benefited from Prime Day instead.

The change comes as Amazon faces intense scrutiny from lawmakers about its hold over independent merchants that sell goods through its website and other tactics that critics argue stifle competition.

Amazon said in a press release last week that Prime Day, a two-day event that took place earlier this week marked the “two biggest days ever” for small and medium-sized businesses. Prime Day usually takes place in July but was rescheduled this year due to the coronavirus.

“We are thrilled that Prime Day was a record-breaking event for small and medium businesses worldwide, with sales surpassing $3.5 billion—an increase of nearly 60 percent from last year,” Jeff Wilke, Amazon CEO Worldwide Consumer, said in a news release.

Retail analysts say Amazon’s messaging telegraphed that the company is hoping to brand itself as a small businesses’ ally as antitrust concerns mount. House lawmakers have found “Amazon has engaged in extensive anticompetitive conduct in its treatment of third-party sellers” in a report released earlier this month. (Amazon has dismissed these concerns as “misguided interventions in the free market” and “fringe notions.”)

Prime Day has become one of the company’s most important retail and marketing events. It secures new Prime subscribers and allows Amazon to further promote its products and services.

Thomas Champion, an analyst with Piper Sandler, told investors in a research note reported by theFly.com that his analysis suggests first-party sales, or those products Amazon lists for sale itself, were heavy this year. He believes the e-commerce site’s fourth-quarter total gross merchandise could get a 7 percent boost this year because of Prime Day.

The retailer is now launching its follow-up Holiday Dash event, which will run through Christmas.

Sales have been surprisingly robust this fall.

Retail sales in September, according to the U.S. Department of Commerce, rose 11.7 percent. After a summer without much travel, entertainment or dining out, consumers were still flush with money from the government’s $3 million pandemic-related stimulus.

But do September’s results have legs? Much depends on whether Congress and the White House can come to an agreement over renewal of that stimulus package.