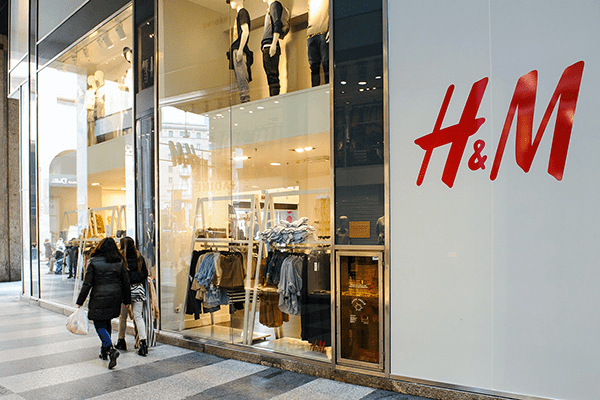 H&M will close 250 stores next year due to the impact of the coronavirus pandemic. That represents nearly 5 percent of it total stores nationwide.

It is unclear if the H&M store in the Palisades Center is on the list.

“More and more customers started shopping online during the pandemic,” following temporary store closures that, at its peak, totaled about 80% of its store count, H&M said in a statement last week.

The Swedish retailer said its third quarter looked brighter after stores reopened but September sales declined 5 percent compared to the same month a year ago.

“Although the challenges are far from over, we believe that the worst is behind us and we are well placed to come out of the crisis stronger,” CEO Helena Helmersson said in release.

Even before the coronavirus pandemic, apparel retailers were feeling the impact on online shopping. But COVID-19 has accelerated closures and bankruptcies. H&M rival Inditex, which owns Zara and other fast-fashion brands, said earlier this year it plans to close up to 1,200 stores this year and next. American Eagle Outfitter (AEO) and GameStop (GME) also recently announced plans to close hundreds of stores.

Retailer giants such as Guess, Express, and The Children’s Place have announced plans to close a record 10,226 stories by next year with J.C. Penney and Victoria’s Secret also eyeing brick-and-mortar scale-backs.

Some brick-and-mortar are still banking on online shopping.

In the first six months of the year, consumers spent $347 billion online with U.S. retailers, up 30.1% from $267 billion for the same period in 2019, according to the latest United States Census Bureau analysis. Comparatively, e-commerce sales during the first half of 2019 grew just 12.7% year over year.

Online spending represented 18.6% of total retail sales for the first two quarters of 2020.

According to a recent study by The New Store Shopper in High-Touch Retail, 79 percent of respondents say contactless store pickup is very important to them, 90 percent prefer home delivery over a store visit in the next six months and only 28 percent plan to increase in-store shopping through 2021.

Black Friday is likely to look different this year.

According to the New Store Shopper survey, 76 percent of consumers want retailers to remain closed on Thanksgiving Day. Another 61 percent of respondents in the survey said that they plan to minimize in-store shopping this year and that they would be most comfortable shopping in stores that show a high level of concern for health, safety and hygiene practices.