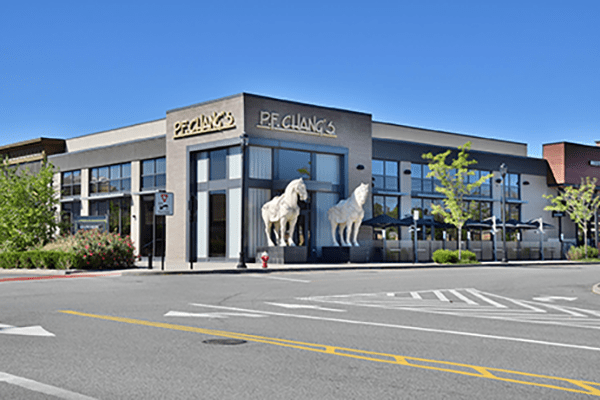 Unemployment layoffs for 72 employees who work at P.F. Chang’s China Bistro at the Shops of Nanuet have been extended beyond six months, according to WARN notice filed with New York State Department of Labor.

The chain cites the COVID-19 pandemic’s impact on its business. Most of the chain’s current employees nationally have been working at less than 50 percent of their pre-pandemic work hours over the past six months.

The Nanuet location is serving outdoors and indoors at 50 percent capacity.

“As governmental orders limiting restaurant operations remain in place for the foreseeable future, it is now clear to the company that temporary reduced operations and reduction of hours at the restaurant may last beyond six months from its start back in the spring,” wrote HR representative Ken Bellefeuille in a WARN letter dated Sept. 17.

The restaurant and hospitality sectors are among the most deeply affected by the pandemic. Although many remained open during the lockdown, to-go business was not enough to compensate for dining-in services. As restrictions eased, many restaurants found ways to bring their service outdoors on make-shift patios. However, there is a creeping sense of worry as the weather begins to turn colder and restaurants are still operating at restricted capacities.

The WARN notice indicates that the layoffs are not permanent. P.F. Chang’s is still considering this as a temporary cutback in hours, but it’s going to last longer than they thought, the company says.

P.F. Chang has issued similar layoff notices at many of its 215 locations nationwide. At the same time, the company is still growing its takeout and delivery business.

The 200-seat, 7,430 square-foot Pan-Asian restaurant opened in Nanuet in August 2014, with a notable large terra cotta horse statue outside the entrance. Its menu includes dim sum, sushi, main entrees, soups, salads and desserts, and the restaurant is known for its lettuce wraps. Its scratch-made items are what P.F. Chang’s calls its “Farm to Wok” food philosophy.

The company sells a line of frozen meals that are sold in markets, including at Fort Wayne’s Kroger stores.

The company is listed as having received a $5-$10 million loan from the Paycheck Protection Program, designed to help businesses keep employees on the payroll.

No segment of the food service industry has been immune to the financial devastation brought on by lockdowns and changing consumer behavior. Some fast food chains like KFC and Pizza Hut, especially those with drive-thru windows and menus that are geared for delivery, have actually increased sales in recent months. However, many others have experienced substantial downturns. Reduced sales have battered ailing chains like Wendy’s, Chipotle, and Dunkin’, according to a report by Nation’s Restaurant News on major restaurant company performance over the first half of this year. A new Chipotle’s is preparing to open at Rockland Plaza in Nanuet.

Full-service chains are hurting, too. The restaurant business data resource Black Box Intelligence reports that 12 percent of sit-down restaurant chain units that were open before the COVID-19 pandemic are now closed. Thriving chains as California Pizza Kitchen and Chuck E. Cheese have filed for bankruptcy.

Dave and Buster’s announced it is laying off 1,300 employees across seven states by Nov. 8 and has warned that the company may have to file for bankruptcy if it cannot reach a deal with its lenders. Dave and Buster’s was one of the chains to be hit the hardest during the pandemic because it wasn’t equipped to offer delivery or to-go meals.

An organization of independent restaurateurs called the Independent Restaurant Coalition has estimated that as many as 85% of the individual restaurants and small restaurant groups around the country might close permanently by the end of 2020.