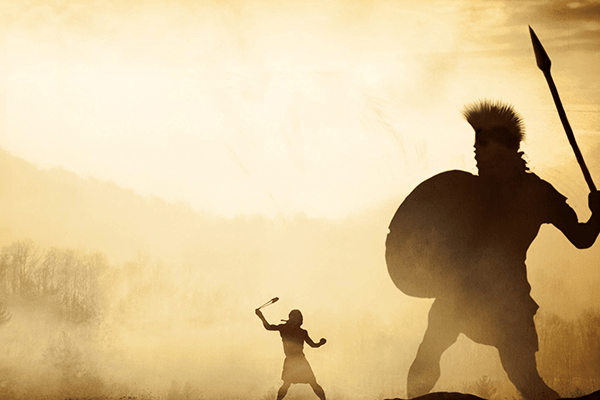 A Rockland County company that makes an aid that empowers baseball players with a more powerful bat has sued Amazon.com Inc. for selling counterfeits of its original products.

Pro-Hitter Corp., founded by Philip LoMedico, is demanding the Seattle-based retailer destroy fake “Prohitters” and issue an apology to consumers who’ve bought the copy, according to a lawsuit filed Sept. 14 in U.S. District Court, White Plains.

Amazon has until Oct. 7th to answer the complaint.

“This is a David and Goliath case but we’re not daunted,” said Pro-hitter’s counsel Jared Briant of Faegre, Drinker. “Pro-hitter is a small but very successful company that has a achieved a prominent position from the Major Leagues down to Little Leagues, and the company’s intellectual rights are at the heart of this suit. We anticipate being vindicated.”

Pro-Hitter’s patented batting-aid is worn on the thumb to improve bat grip and cushion the sting of a hit, according to the lawsuit, thus increasing speed and power.

Since 1986, LoMedico has built a brand through from Little League to Major League baseball. A Rockland County native who graduated from Spring Valley High School, LoMedico went to the University of Miami on an athletic scholarship where he played baseball. While playing ball in the Minors, LoMedico had a vision for the products he ultimately patented. Colleagues describe LoMedico as an inventor, an artist (he played Ringo Star in Beatlemania on Broadway in the 1970s), a sportsman (he tried out for the Dodgers), and a tireless entrepreneur who built a business with American-Made pride.

“The heartbreaking thing about this is that Phil has always been faithful to American manufacturing,” said Steve Daraio, the company’s marketing manager. “He never outsourced his product. And now he has been harmed not only by overseas knockoffs but he feels betrayed by Amazon.” Pro-hitters is based in New City but manufactures in Long Island and New Jersey.

More than 119,000 batting aids were sold to softball and baseball players by sporting goods stores, pro shops at batting cage facilities, major chain retailers, sports medicine distributors, wholesalers and Amazon, according to the complaint. Daraio says 75 percent of pros use the device.

The packaging includes a distinctive trademarked image depicting the device on a batter’s hand.

Counterfeiters are selling knockoffs for $3 to $4, compared to the suggested retail of $9 to $12.

“It’s a double knock because distributors are having their product returned; we’re all losing money,” said Daraio.

The suit argues that copycats allegedly make similar cheaper devices and sell them in packaging that resembles Pro-Hitter’s image.

Amazon has purchased tens of thousands of genuine Prohitters from the company’s authorized distributor over the past 15 years. But in test orders placed by Pro-Hitter, the online retailer allegedly shipped many counterfeits, and in at least once instance, sent a package containing both genuine and fake batting aids, according to the suit.

Pro-Hitter says that Amazon should know better because comparisons of the real goods and the fakes have obvious differences.

“In an attempt to quickly fulfill and ship orders,” the complaint states, “Amazon substitutes genuine products with a supply of counterfeit products that it purchases to stock its distribution centers.” By listing Prohitters as “sold by” Amazon but shipping counterfeits, the company argues, Amazon is infringing on its trademarks.

The suit also argues the counterfeits have hurt Pro-Hitter’s reputation because the fakes have led to negative online reviews. And Pro-Hitter says Amazon has been unresponsive to the company’s requests to identify counterfeiters.

Pro-Hitter has had to reallocate its time “from running its business normally,” the complaint states, “to figuring out how to survive low-cost counterfeits.”

Pro-Hitter wants the court to order Amazon to halt unauthorized use of its trademarks and similar designs, apologize to customers who bought the fakes, get rid of any phony products and packaging, identify sellers and sources who infringe on the trademarks, and award profits and damages to Pro-Hitter.