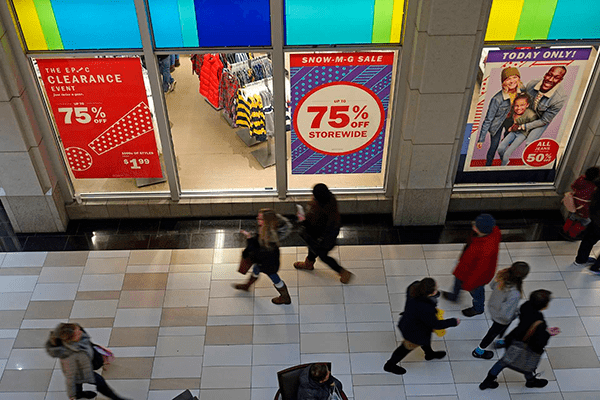 Retail rent collections notched up in July, though they were still down by 19 percent compared to last year. The pandemic has altered how we shop – but is this a temporary or permanent shift?

Business Insider reports that more than 12,000 stores will be closing this in 2020 – 6,300 have already announced – not including small businesses like restaurants which will amount to many times this number. This follows record store closings in 2019 of more than 9,300, coming on the heels of a record 8,000 closures in 2017, long before COVID-19 was even a blip on the radar.

Traditional brick & mortar stores have been battling the rise of online shopping for years. According to a new survey of shoppers by TopData, the ongoing global pandemic is on track to all but eliminate retail and commerce as we once knew it. Job losses from store closings will not be replaced one-for-one by jobs at online shopping hubs.

Nearly three quarters of those surveyed (73.5 percent) reported that they are shopping online more now than they did prior to the spread of COVID-19. Moreover, nearly 9 in 10 (88%) said they will continue to shop online more even after a cure or vaccine for COVID-19 is discovered.

The hardest hit sectors, such as movie theaters, fitness centers and some restaurants, have shown the most drastic turnaround even as they lag behind in total collections, according to data from Datex Property Solutions on rent collected for the month as of August 15.

Movie theaters, which are still closed in New York, had the lowest collection rate as of August 15, with just 36 percent of rent collected, compared with 99 percent last year. But that was a significant improvement over June, when just 11 percent of theater rents were collected.

Specialty restaurants had an even more dramatic comeback. Rent collections stood at 47 percent, down 50 percent from last year, but up nearly 500 percent since June, when just 8 percent of rent was collected by the sector as a whole.

Supermarkets, drug stores, banks and office supplies were the best performing sectors, with rent collections at above 95 percent.