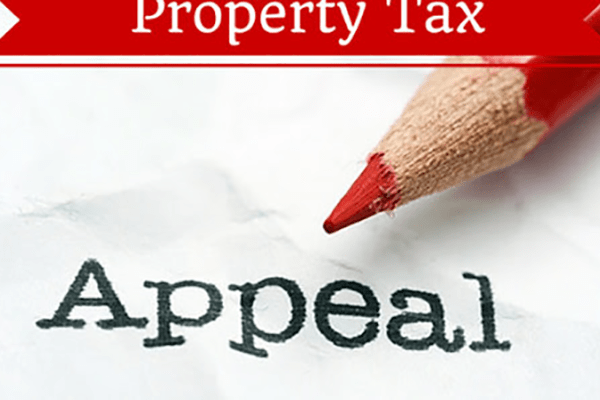 Pfizer Inc. in Pearl River filed a tax challenge on July 30th in New York Supreme Court, asserting that its assessed value of $62.5 million should be lowered to $4.35 million, a 93 percent reduction. The petitioner filed a tax certiorari after the Town of Orangetown’s Board of Assessment Review denied Pfizer’s grievance.

For the past five years, Pfizer has filed a similar challenge with the court but no determinations or resolutions have been made. Complex tax appeals can take years to wind their way through the courts; Pfizer’s earlier appeal from 2006 through 2010, was ultimately settled by the Town of Orangetown in 2011. The cases from 2016 and 2017 are making their way through the court. According to recent court documents from June 2020, a physical inspection of the property was expected to take place in July and a court conference is scheduled for later this month.

Tax certioraris in which property owners challenge their assessments in court can have a dramatic effect on the property tax base and the tax burden, especially if the challenge is by a large property owner. Rockland County has taken its share of hits – and the COVID-19 era is bringing on potential new ones.

In 2006, electricity generating corporation Mirant successfully claimed it was assessed at too high a level on its Bowline and the now-demolished Lovett power plants. In a tax certiorari settlement that spanned many years, the court case resulted in a property tax refund of $275 million to the power company. Other settlements, smaller in scope, followed.

In mid-2013, the Clarkstown School District and the Town of Clarkstown agreed to a $20 million tax certiorari settlement with the Palisades Mall. The school district paid $13 million to the mall; the town paid back $5 million and the county and other taxing jurisdictions paid $2 million.

Tax assessment challenges, whether successful or not, can also carry a high legal cost. The Palisades Mall case, for instance, cost the Clarkstown Central School District and the Town of Clarkstown more than $1 million in legal fees.

In 2011 Pearl River, the settlement Orangetown negotiated with Pfizer resulted in a multi-million dollar loss of property tax revenue to the Nanuet School District and the Town of Orangetown, with smaller tax revenue loss for Rockland County.

The Orangetown Town Board in 2011 approved a tax settlement with Pfizer for 2006 and 2011. This was the first step in dealing with pending tax challenges by Wyeth Holdings, a subsidiary of Pfizer, for 2006-2010 regarding the drug company’s Pearl River property. Rather than settle them all at once, they were done over time to lessen the impact on taxpayers.

Back then Tax Assessor Brian Kenney said, “The rationale behind this whole thing is we don’t want to have our largest taxpayer leave town. We all know what is going on up there. Some of the largest and newest buildings are vacant. The company hopefully will sell or lease to new tenants.”

The cost of a possible legal battle with Pfizer was also a factor. Previous tax challenges from the company when it was known as Wyeth were costly for Orangetown.

Residents from the Nanuet School District felt the greatest impact.

New Round Of Tax Hits In The COVID Era

Eklecco NewCo LLC, the company that owns the Palisades Center in West Nyack, in July filed a petition for a tax certiorari in Rockland County’s Supreme Court.

In May 2020, the company filed a grievance with the Town of Clarkstown to slash its tax bills by 50 percent, citing economic difficulties. The Clarkstown Board of Assessment Review denied the grievance. The troubled Palisades Center, which has been dark through the coronavirus lockdown and has not paid its mortgage for several months, has cited economic difficulties.

Located less than 30 miles from midtown Manhattan, the Pearl River site serves as Pfizer’s global Vaccine R&D headquarters and is home to over 800 colleagues, according to the company. The site is well into its second century as a New York area innovation center and is focusing its efforts on helping to fight COVID-19 by developing the next generation of prophylactic and viral vaccines to vulnerable people of all ages, including newborns. The site expanded its Vaccine Research & Development workforce by over 100 new positions in 2019 and is continuing to grow this year, the company says.

In 2015, Pfizer has sold about 200 acres of its property to a real estate group that still hopes to create a campus that would mix science, technology, educational and retail businesses.

Under the agreement, the California-based Industrial Realty Group gets 2 million square feet and about 38 buildings containing laboratory, pharmaceutical manufacturing, office, and support space. Pfizer retains ownership of about 25 acres including three buildings.

“Rockland County’s premiere research facility will be re-imagined into a shopping, dining, meeting and educational destination at Pearl River’s historic campus.” As of today, there remains a significant vacancy rate on the IRG campus, with the REIT’s leadership considering new directions for development, including housing.