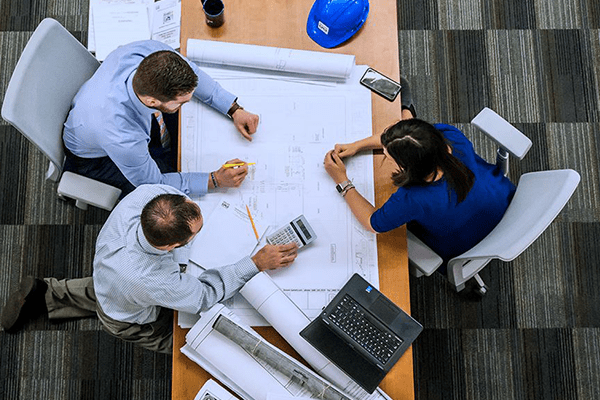 Village Board Hiring Experts To Figure Out Options On Land-Use, Purchase Of Parcels, Eminent Domain

In an effort to quell concern over the sale of Nyack College, South Nyack Mayor Bonnie Christian held a special teleconference meeting to announce two initiatives: the Village Board of Trustees voted unanimously to hire outside counsel to assist in “matters related to the sale of the college,” and to engage an appraisal company for portions of the campus.

The board voted to hire William P. Harrington of Bleakley Platt of White Plains/Greenwich Ct., who has represented both municipalities and developers in all phases of land use development and related litigation. The resolution greenlights $350 per hour for services, $285 for an associate’s billable hours.

The board also agreed to move forward to hire Greystone Valuation Group of Bedford, NY for an appraisal on some buildings that may serve as future recreational use for the Village. Parcels being evaluated are 146, 168 and 179 South Highland Avenue, which includes the sports complex. The Village would either have to purchase a portion of the land or take it by eminent domain. The fee is roughly $8,000.

It is unclear whether the prospective buyer would willingly release a portion of the campus or whether the sale would be contingent on the entire or at the least a contiguous parcel. Inside sources have told RCBJ the yeshiva that is eyeing the property wants a secluded “campus” for teaching young men but is looking a well-situated parcel from which its teachers can commute daily within the county and the region.

Christian, who has been beleaguered with a groundswell of concern and question over the sale of the college, restated during the teleconference the Village has no control over the private sale. “We cannot interfere,” she said. “We cannot get involved with the sale.”

However, she reiterated that “we will make sure that whoever buys the college is in compliance with land-use laws.”

To date, Nyack College has not revealed who is interested in purchasing the college.

But inside source say the prospective buyers of Nyack College are a joint partnership between a Kaser-based “Vizhnitz” yeshiva and the market-rate condominium developer and Rockland resident Berel Karniol, according to sources with inside knowledge.

If the deal goes through, the Nyack College campus will become an all-boys Hasidic Yeshiva. Nyack College will sell the campus for approximately $45 million to the Yeshiva, which is partnering with the developer for roughly half of the sale price, according to sources familiar with the deal.

Karniol, who lives in Spring Valley, controls dozens of companies including Trodale Development. For several years, he has bought up homes and empty land and converted them to multi-family units, mostly in Ramapo.

The Village of South Nyack’s board of trustees voted last month to reject Nyack College’s application for an amendment to the college’s current special permit for its use of campus buildings for educational purposes and residential dormitories. The college was asking to amend its special permit from the Village of South Nyack to allow residential use in about half of the existing buildings for densities beyond the current zoning and outside of education use. The application requested a special permit for 22 of the 42 buildings. That represents 157,274 square feet, or only 33 percent, of the total square footage (467,666 square feet).

Public officials from the county including Orangetown Supervisor and County Executive Ed Day have expressed concern about the sale and have been holding meetings with Christian and Nyack College executives.