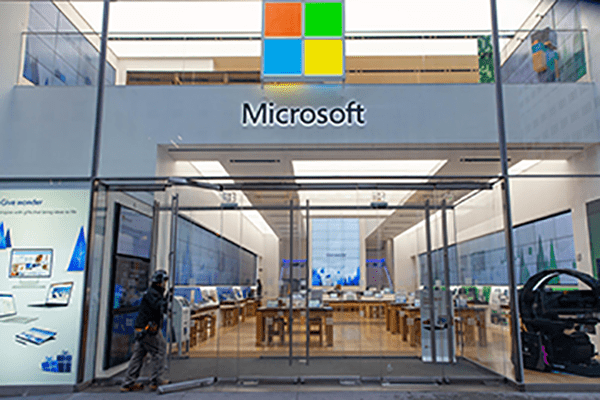 The coronavirus pandemic shutdowns did not cause the retail take-down – they simply accelerated the phenomenon, which leaves the future of the American mall in question.

That would bring to the total more than double last year’s closures, and it represents a sharp increase over Coresight’s previous closure estimate for 2020. To date, there have been 4,005 planned closures for the year.

The pandemic put the perfect storm on fast track. GreenStreet Advisors, for example, said in April that more than half of mall-based department stores could potentially close by the end of 2021.

Microsoft is closing all of its 83 Microsoft Store retail locations, including its location in The Westchester Mall. The company says that will result in a charge of $450 million against its earnings for the second quarter of 2020. What Microsoft is doing is a sign of what we will see in the future from a lot of retailers. Microsoft’s closures are not just about having fewer stores or eliminating unprofitable operations. Microsoft’s move is a reflection of the time we’re in and how consumers’ habits have changed.

Last week, GNC Holdings Inc., parent company of health and wellness retailer GNC, filed for Chapter 11 bankruptcy protection and said it plans to close between least 800 to 1,200 stores. It is unclear whether the locations at The Shops of Nanuet or the Palisades Center will be shuttered. The move came after the coronavirus pandemic forced the company to temporarily close locations. The chain has also been weighed down by debt it accumulated in a private equity buyout several years ago.

With e-commerce up 300% quarter to date while about 95% of stores were still closed due to the pandemic, the Children’s Place said it will abandon many of its mall locations for good. Overall, e-commerce in the first quarter rose 12.2% to about 53% of net sales. At the start of 2022, the retailer’s mall-based portfolio will represent less than 25% of its total revenue.

Executives said 300 stores will permanently close in the next 20 months: about 100 by the end of the second quarter for a total of 200 closures this year, and another 100 set to close in 2021. It is unclear whether the Palisades Center location will be affected.

National gym operator 24 Hour Fitness plans to close about 135 of its locations, becoming the latest retailer to file for bankruptcy protection after months of a forced shutdown dealt the company what the CEO called a “devastating” blow.

The San Ramon, California-based company said it plans to reject about 135 of its leases, most of which are expected to be in California and Texas, in an effort to curb costs. The company said Monday it has secured $250 million in debtor-in-possession financing to help it reopen the remaining 300 before the end of the month. Its Chapter 11 petition is meant to allow 24 Hour Fitness to remain operable while it figures out a way to alleviate its $1.4 billion in debt and renegotiate some of its leases. It is unclear whether The Shops at Nanuet location will reopen.

Inditex, the Spanish owner of Zara and other affordable fashion brands said on June 10 it was closing as many 1,200 stores over the next two years. Inditex said the closures were part of its broader post-pandemic plans that includes the $3 billion investment over the next three years to develop a “fully integrated store and online model.” Several Inditex brands’ stores will falter, including Zara, Bershka, Massimo Dutti and Pull&Bear with closures mostly affecting its locations in Europe and Asia. Some stores in the Americas will also be closed.

Signet Jewelers, the parent company of Kay Jewelers, Zales and Piercing Pagoda announced on June 9 that at least 150 stores of its various brands won’t reopen after being temporarily closed because of the pandemic. Signet (SIG) also said that it will close “at least an additional 150 stores” by the end of the month. The Bermuda-based company has around 3,200 global locations. The closures will amount to more than $100 million in savings.