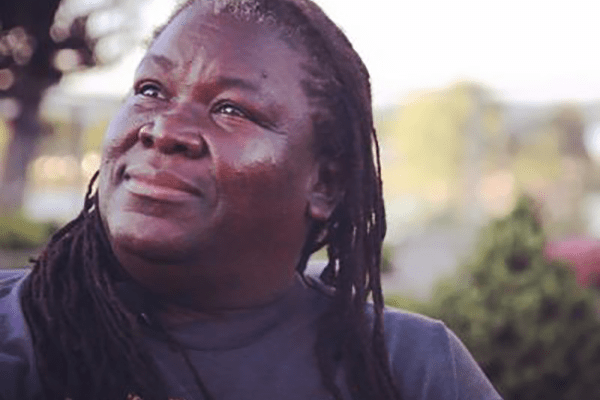 Virginia Norfleet, the youngest of nine children, grew up in the poorest section of the Village of Haverstraw in the 1960s. Once known as the “mud hole,” the dilapidated shanty-town neighborhood of largely African-Americans that gave way to waterfront condos was filled with stories of hardship and struggle, particularly those of racial inequality.

But Norfleet, 59, used her childhood experience to lift herself from disadvantage and poverty, proving to be a wily real estate entrepreneur, and to later become one of Rockland’s most prominent civil rights leaders. She is the founder of the Haverstraw African American Connection and Haverstraw’s African-American Memorial Park and is leading the effort to build a museum.

Now she’s been given a seat at the table by County Executive Ed Day, the only African American to sit on the newly-formed ROCK COMM Economic Development Committee, tasked to lead the county out of economic crisis and develop sustainable business retention and expansion. Rockland County is estimating a $56.3 million deficit for the 2020 budget due to the loss of sales revenue over the first quarter of the year.

Norfleet believes she brings the kind of perspective desperately needed locally at a time when people have taken to the streets nationwide to protest police brutality, as well as the coronavirus and an economic crisis.

“Rockland has a very diverse community with a rich culture,” said Norfleet. “However, historically people of color have not been afforded equal economic opportunities and have been at a disadvantage due to cultural biases.” Nearly 14 percent of Rockland’s population is African American.

Like a storm gathering energy, Norfleet converted bias and disadvantage into an opportunity when she was 19 years old and never looked back. Having left community college, where she attended on a basketball scholarship, Norfleet decided she wanted to buy a house. What fueled that desire was an experience she had trying to rent an apartment in North Rockland.

The landlord scoffed at her, asking whether she really thought he’d rent to an “n-word”?

“I knew then what I had to do,” she said, gathering up savings from her state job as a corrections officer. She put a down payment on a Maple Avenue house in the Village of Haverstraw. She learned every trade – electrical, HVAC, plumbing. She swore she’d retire by the age of 38, which she did with a stable of 12 houses in Haverstraw, Spring Valley, Newburgh, Georgia and Florida.

“When I walked away from that landlord, I said to myself ‘this will never happen again,’ “Norfleet recalled. “I thought you have opened my eyes, and one day your grandkids will be renting from me.”

Norfleet has risen from a meager start to a position of comfort and power but that doesn’t mean she hasn’t felt the brunt of racial bias along the way, including in Rockland County. She had trouble getting a mortgage for the first house she bought until she found “a Jewish man, a mortgage broker, who was well aware of racism but appreciated her drive and took a chance.” She said she’s been discriminated against by a local boatyard owner who’s turned away her business and she’s been profiled at the bank. In one incident, where she was giving her brother cash that she’d taken from an ATM, the police intervened, suspecting “a drug deal, no doubt.” But Norfleet has police contacts on her speed dial and the incident dissipated.

“My family has been here for more than a century,” she said. “I feel it’s my duty to ensure that the voices of the under-served and under-valued people of Rockland County are heard and represented.

In 2005, Norfleet bought a house on Clinton Street for her mother, the late Rev. Estelle Norfleet. The tear-down of the early 1900s wreck revealed a brick with a cross and a copy of a business directory that said “African Church.” The inadvertent excavation led to the startling discovery that African Americans had come to work in the brickyards in 1846, long before the Emancipation Proclamation had been adopted. This led Norfleet to dig deeper – discovering 238 slaves lived in Haverstraw in the 1790s

“Our history was almost invisible in Rockland County and that wrong had to be put right,” said Norfleet. “Children are taught that slavery was something that went on it the south. It happened in New York, in Haverstraw.”

Through the 501 c3 that Norfleet founded in 2008 and funds, the African American Connection of Haverstraw visits schools, libraries, community groups and colleges in the county and beyond. Now she’s working on converting another house to a museum to tell the story of early slavery and the contributions African Americans made to Haverstraw.

“We have a place in American history,” she said. “We have to uncover it and bring it out. But we have not always been given a platform.”

Norfleet is hoping to elevate these goals with her seat on the county economic development committee mobilized to help the County implement R.O.A.R.R.S. (Rockland on A Road to Recovery & Stimulus) Initiative. As the Black Lives Matter movement has laid bare, the country is ripe for accountability and change. A groundswell of people are saying it’s not enough to offer tokens – systemic wounds need healing.

“Rockland has a lot of work to do,” she added. “For the amount of diversity that we have and the number of meetings that we hold, not much has really been done to bring about change. It’s time.”