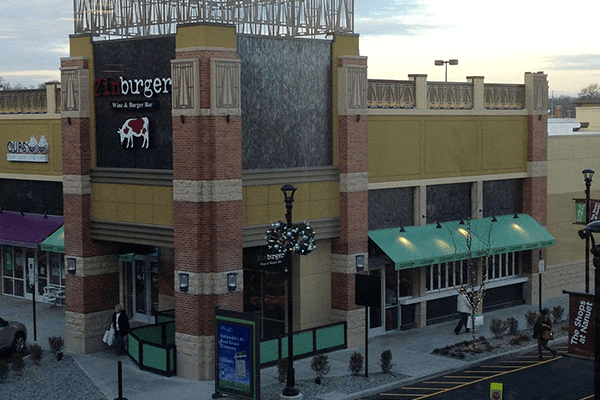 Chain Is Closing East Coast Locations That Were Struggling Pre-Pandemic

The Shops at Nanuet could be looking at another black hole: Zinburger Wine & Burger Bar, a franchise restaurant owned by the Briad Group in Livingston New Jersey, is planning to close its doors except its Clifton, New Jersey location.

The pandemic has been the last straw for many big box stores and franchises.

Last week, Simon, which owns the Shops at Nanuet, sued Gap Inc. owner of Gap, Banana Republic, Old Navy and Athleta, for unpaid rent and other expenses. In the filing, Simon said The Gap owes three months of rent and other lease charges amounting to $65.9 million. Simon also is seeking reimbursement for attorney fees and court costs.

In more unsettling news for Simon Property Group, Inc., the company on Wednesday said it terminated its Feb. 9 agreement to merge with rival mall developer Taubman Centers Inc. The deal for Simon to acquire an 80% ownership interest in The Taubman Realty Group Limited Partnership, including all of Taubman common stock, for about $3.6 billion, was originally expected to close this spring.

Instead, Simon has filed a lawsuit in a Michigan Circuit Court arguing Taubman breached covenants regarding the operation of its business, specifically that “Taubman has failed to take steps to mitigate the impact of the pandemic as others in the industry have, including by not making essential cuts in operating expenses and capital expenditures.”

Their agreement also “specifically gave Simon the right to terminate the transaction in the event that a pandemic disproportionately hurt Taubman,” according to Simon’s press release.

The COVID-19 pandemic and lockdown seems to have been the nail in the coffin for Zinburger, an upscale burger joint that pairs wine with its artisan fare, according to several sources. Seventeen of the brand’s eighteen east coast locations have closed permanently. Eight of Zinburger’s eighteen locations are situated in Simon Property Group-owned developments

Sources close to the group say the chain had been “in trouble for several months” leading up to the COVID-19 pandemic.

The Braid Group did not return emails seeking comment.

In 2017, the boutique burger brand was named by Full Service Restaurant Magazine’s one of “The Top 50 Emerging Restaurant Chains,” which features the top 50 high potential, performance-proven full-service brands with fewer than 50 locations.