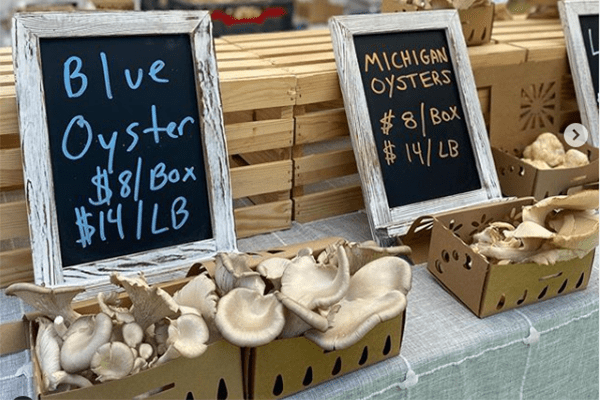 Restrictions and all, the Piermont Farmers Market has been a bustling agora for several weeks filled with shoppers toting kids and dogs, happy to be out and about, buying produce and artisanal foods. The location, smack in the middle of the village, has brought up to 1,400 people a weekend, said Joe Serra, the market’s organizer.

But now, Serra must move the market because his landlord, Phil Griffin, has had complaints primarily from one tenant, the owners of Confetti Ristorante & Vinoteca, which is situated opposite the park. This Sunday it will remain at Flywheel Park but in the coming weeks the market will be relocated to either the village softball field, back to the M&T lot, or elsewhere.

The owners of Confetti, Serra said, believes the market traffic is interfering with the restaurant’s business, specifically with available parking.

Serra, who took over the market from Down To Earth two years ago, said the Piermont Market has designated parking behind the M&T Bank, the market’s former location. In March, Serra spoke to landlord Phil Griffin of Piermont Landing Association, which owns all the commercial space and the park, about relocating the market temporarily to Flywheel in order to create a safe environment for vendors and shoppers. The M&T parking lot has always been a cramped place, and has never been able to attract robust crowds.

The park – appealing, scenic, and spread out – has been a hit and vendors report that business is brisk.

“It’s been extremely successful for us,” said Joey Katona, of Satori Provisions, who sells bread, pastry and mozzarella. “We’re doing six times the volume this year compared to last year at the M&T parking lot.”

Katona worries about the market relocating, particularly in mid-swing.

“It’s a terrible idea,” he said. “It will totally ruin the market. People will show up and not know what’s happened. This market has such a good vibe. It’s become a destination.”

This Sunday, Serra will let vendors and visitors know about the relocation. Though he said relocating the market back to the M&T parking lot is impractical. “At most we’d have the room for six vendors,” he added, compared to 15 or more at Flywheel. “That’s not going to make for a successful market.”

Piermont has indeed been busy on Sundays. People are sitting in a portion of the park that’s not being used for the market. Picnic tables have been installed throughout the village. The bike shop is booming. This is the kind of revival any village could hope for in the wake of a long lockdown.

Serra said he’s talked to all the neighboring retailers but says it’s just the one who’s objecting to the market.

“The farmers market is good for the entire village,” Serra said. “People come to the market and buy produce and then they go across the street to Confetti for a sangria. The market is a draw for all the businesses.”

But the decision rests with Griffin, who said he couldn’t comment on his tenants. Artie Lepore, Confetti’s owner, also said he had no comment.