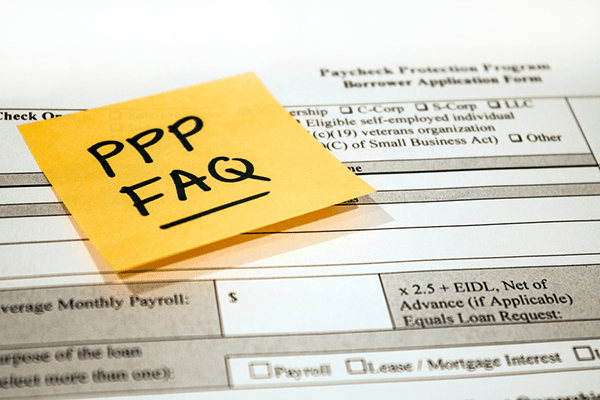 By Robert Brody and Mark Taglia

H.R. 7010 makes sweeping changes to the way the Paycheck Protection Program (the “PPP”) under the Coronavirus Aid, Relief and Economic Security (“CARES”) Act works and the way business owners should think about how to use their remaining proceeds.

Some PPP borrowers have used a majority of their loan proceeds, while some are just beginning.  In either case, it is critical for borrowers to rethink how to deploy their remaining funds, and how and when they want to ramp up their business. The time to quickly spend the money to ensure forgiveness is over.

Initially, for most business owners, the PPP was a gift from the federal government they needed to spend or lose. Businesses received forgivable loans which would be forgiven only if they used them the right way over a very short period of time.  As a result, businesses rushed to spend money on employees, keeping them employed even if there was no business need.  That was the right strategy but now the law has changed again and what was right has become wrong!

Three key components of H.R. 7010 are (i) the extension of time during which you can spend your forgivable loan proceeds from eight weeks to twenty-four weeks, (ii) the reduction of the amounts needed to be used for payroll from 75% to 60%, and (iii) extension until December 31, 2020, the day employers need to return to full staffing levels and the creation of new safe harbor rules in the event business owners are not able to return to full staff levels despite making good faith efforts to do so.

Re-Evaluate the Timing for Rehires

Since you now have 24 weeks to spend your loan proceeds, don’t rush.   Re-evaluate the best way to return to your February staffing level.  As business demand dictates your hire needs, respond accordingly.   But remember, how you choose who returns and who does not is a legal issue.  Ensure you have a legitimate business justification to explain your actions. Also, if you are not back to full employment by early December, evaluate the impact on your forgiveness.   Finally, see if the safe harbor rules will excuse your reduced staffing levels.  Be sure to follow the safe harbor requirements precisely.

Watch Out for that Cliff

As good as H.R. 7010 is for borrowers, it does have one major drawback – the new “cliff” it imposes on payroll related expenditures.  Previously, if a business failed to use 75% of its loan towards approved payroll expenses, the business would face a reduction in the amount of forgiveness.  With the passage of H.R. 7010, if you don’t meet the new lower threshold of 60% on payroll expenses, none of your loan will be forgiven.  This cliff provides dire incentives to ensure at least 60% of the proceeds go towards payroll expenses.

Finally, you must consider an unintended consequence of H.R. 7010 – its potential short term increase on unemployment claims. Before this bill was signed, many were surprised that America’s unemployment numbers went down and took that as a sign the economy is recovering.  An alternative explanation, and perhaps a little pessimistic perspective, is these numbers are not an indicator of economic strength, but rather just the necessary rehiring of staff (by June 30) to ensure forgiveness was earned.    Time will tell which explanation is right.

With the pressure to recall all staff by June 30th removed, it remains unclear what impact this will have on payrolls and employment in the coming months.  However, it does not have to negatively impact your business.  It may not even be a negative for some of your employees.

Employers now have the freedom to ramp staff back up on their own timeline and not one imposed upon them by the federal government.  This will allow them to make decisions based on their particular business needs.

And some employees, many of whom are receiving a financial windfall from being on enhanced unemployment ($600 per week from the federal government) are in no rush to return.  In fact, the enhanced federal supplement will continue though July 31.  Minimum wage workers and even those earning substantially more, will be financially better off if they remain on enhanced unemployment.  Thus, employees and employers may both receive some unintended benefits from the new law.

What happens on August 1 is the next quandary.   If the federal unemployment subsidy is continued than nothing may change.   If it ends, than most employees will be financially better off employed and a closer examination may be needed that includes a new employee impact analysis.  Such analysis should include not only the proper timing for bringing back furloughed employees, but the utilization of state job share and partial unemployment programs, which would allow employees to receive partial unemployment benefits while returning to work  part time.

H.R. 7010 can be a saving grace for many small business owners as it will afford them the opportunity to maximize their PPP loan forgiveness and give them time to make better business decisions.  However, the simple passage of H.R. 7010 is not enough.  It is imperative that employers do not waste this opportunity and make proactive decisions to reap its intended benefits.