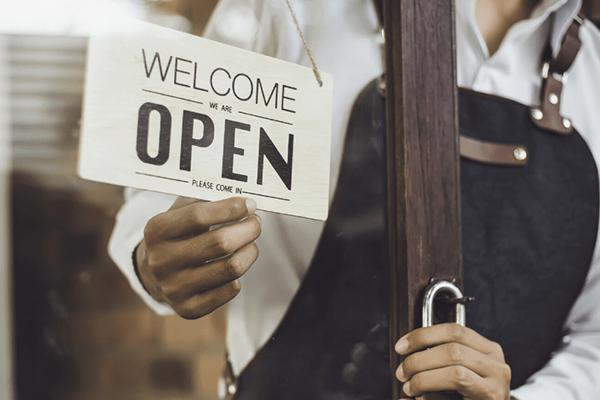 County and town officials who’ve been focused on navigating a health crisis for the past ten weeks are now shifting attention to reawakening the local economy. It is too soon to calculate the collateral damage of the protracted coronavirus lockdown but government leaders acknowledge they have a significant role to play in revving the engines with policy as well as marketing and promotional tactics.

“Going back to normal is not a simple thing,” said County Executive Ed Day on Tuesday at the 17th annual Palisades Institute County Executive Forum 2020, delivered via a Zoom meeting. “It’s not a simple matter of checking the boxes. People have anxiety. They are fearful. We have to take steps over and above.”

“Governments can market,” said Day. Beyond businesses implementing and enforcing guidelines set by New York State in Forward N.Y, and the CDC, Day says it is part of government’s responsibility to “make a marketing effort to make sure people feel safe to reengage.”

Day, along with Westchester County Executive George Latimer and Orange County Executive Steven Neuhaus, were upbeat about restarting the regional economy but acknowledged the road ahead will likely be a steep climb.

A Steep Deficit For Rockland County

Rockland County is estimating a $56.3 million deficit for the 2020 budget due to the loss of sales revenue over the first quarter of the year.

The troubled Palisades Center, which has been dark through the coronavirus lockdown and has not paid its mortgage for three months, including June, has filed a grievance with the Town of Clarkstown to slash its tax bills by 50 percent, citing economic difficulties.The mall is seeking a reduction of full market value of nearly $466 million to about $230 million. However, taxes are not levied on full market value; they are assessed after an equalization rate is applied to the full market value to determine an assessed value. Should the mall succeed, its assessed value would be reduced from $140 million to $60 million.

Day once again implored the Town of Clarkstown and the mall owners, to work out a way for the mall to build out its unused space on the fourth floor, saying the build-out is necessary for the mall to recover economically. The mall and Clarkstown are awaiting a ruling the Second Circuit Court of Appeals over the mall’s efforts to lift the restrictions preventing it from expanding beyond its present 1.85 million square feet without voter approval.

To stem the county’s financial bleeding, Day is taking steps. The county has implemented austerity measures and curtailed non-essential and discretionary spending. Its been approved for FEMA reimbursement for COVID-19 related expenses and will be filing monthly. On May 5th, the county instituted a hiring freeze.

“We have also asked our federal representatives to include direct financial assistance for counties in any future federal stimulus bills,” said Day. “We believe this funding should be distributed through a blended formula that is based on population and the number of COVID-19 infections.”

Day added direct funding could help make up for budget losses stemming from shutting down large portions of the economy.

Meanwhile, in Orangetown, efforts are under way to take a collective approach among the hamlets and villages to broadcast to the county and beyond that Orangetown shops and restaurants are open for business.

In the early phase of the lockdown, Orangetown Supervisor Teresa Kenny organized a committee of community members to represent businesses and nonprofits. At first the group focused on providing critical information on health updates and mandates from every level of government. But this resource has morphed into a local “think tank” that is now focused on the reopening of the economy and beyond.

“This crisis has led to a shakeup,” said Angela McDonnell, the committee’s chairperson, and a professor at STAC. “There is more solidarity among businesses than ever before as Rockland moves forward.” 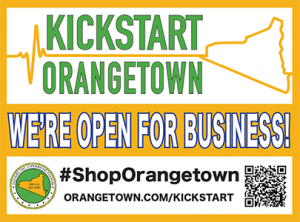 Orangetown Will Make Noise And Celebrate

To mark this passage, Orangetown leaders on Saturday, are throwing a celebratory “car” parade beginning 11 am at the Palisades Center. The vehicle parade, adorned with signs and decals that say “Kickstart Orangetown,” will snake through the villages until it terminates in Pearl River. The town has organized more than 1,000 shopping bags filled with window decals and signs for retailers to unify the effort to promote the reopening of mom-and-pop shops.

“We’ve gotten through the pandemic,” said Kenny. “Phases One and Two came more quickly than we anticipated. It’s time to get outside and wave a flag and make a fuss so that we can send a message that were back and ready for the future.”