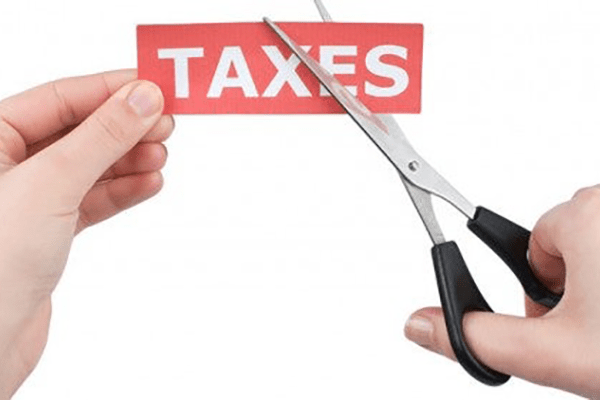 The troubled Palisades Center, which has been dark through the coronavirus lockdown and has not paid its mortgage for several months, has filed a grievance with the Town of Clarkstown to slash its tax bills by 50 percent, citing economic difficulties.

The grievance is before the town’s Board of Assessment Review, which has until July 1 to decide.

The basis for the mall’s requested is twofold: The mall cites a significant decline in both 2018 and 2019 net income, which was “a continuation of a trend over the past several years.” It cites competition from e-commerce, declining sales, record bankruptcies and multiple store closures, particular for “department stores and fashion retailers, which were once the primary focus of our business.”

The town’s tax rolls closed March 1st, which means any claims of decrease in value or economic harm had to occur before that date. As of March 1st, the shopping center was “further and materially altered by the COVID-19 outbreak.” The mall was closed by decree in mid-March, and the grievance says the all of their tenants stopped paying rent.

A major assessment reduction would severely impact Clarkstown and the county. In 2019, the mall paid $14.4 million in school taxes and $7.2 million in town and county taxes.

Although the mall cites damage prior to the COVID-19 shutdown, Councilman Don Franchino points out the grievance cannot rely on pandemic-related damage because of the March 1 closing of the tax rolls.

“They’d have a better shot next year,” said Franchino. “I believe the assessment is correct. My recommendation for them is to show how the pandemic affected the property.”

The grievance states that a legal challenge would be filed if its request “is not resolved before the Board of Assessment Review.”

“Palisades Center is a major producer of jobs and revenue that is important to the communities around us,” said a mall spokesperson. “We are willing to pay our rightful share of taxes. That said, we think our tax grievance filings speak for themselves – and it’s important to remember that our tenants are the true beneficiaries of a tax reduction. We are simply asking for fairness.”

In April, a $388.5 million loan on the Palisades Center was transferred to special servicing because of an imminent default on loan payments in April. A source at JPMorgan said the property could go into foreclosure by mid-summer if Pyramid does not find a buyer but it appears the mall developer is in imminent danger. The mall has missed mortgage payments for April, May and June.

Despite the pending grievance, the mall and Clarkstown are still awaiting a ruling the Second Circuit Court of Appeals over the mall’s efforts to lift the restrictions preventing it from expanding beyond its present 1.85 million square feet without voter approval.

Councilman Don Franchino says it’s imperative for the town, once and for all, to hold a referendum on the mall’s expansion this November. Franchino said at this point he has majority support among council members, but the referendum needs to be on the ballot by Aug. 3rd.

Franchino and other sources have said Hilton had been eyeing the mall for a hotel, though it’s uncertain whether the pandemic has changed the appetite to build. Nevertheless, the councilman says the mall will only survive if it integrates a hotel, rentals and condos on site.

“It’s like a forest fire,” said Franchino. “There’s no way the mall can survive on retail.”