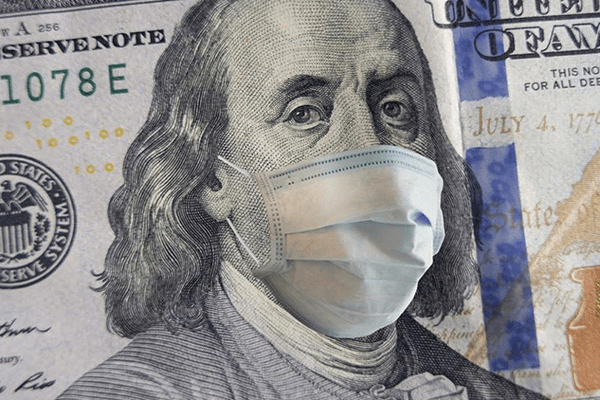 Two Rockland small businesses that have received emergency relief from the government this week were surprised and delighted but neither business owner believes the funding will be enough to get them through the pandemic economic crisis.

“I just got a Christmas gift this morning in my account,” said Gateau Suisse Baker owner Rolf Schreiber. “I got $7,000 from SBA. I also applied for PPP with the bank on April 7th but I’m still waiting for a response.”

“We applied April 6th for an EIDL,” said Hendo president Bob Henderson. “Today the $10,000 was deposited in the business account. I guess the system is working. People need to be patient.” Henderson, too, is still waiting for PPP relief.

Several local businesses are still waiting on the two forms of what should be immediate monetary relief authorized by Congress and administered by the Small Business Association (SBA). An EIDL is a one-time $10,000 cash advance, created to bring relief to businesses affected by the coronavirus outbreak, which business owners would not have to pay back. The Paycheck Protection Program has made available $349 billion in forgivable loans, to be issued through banks, for businesses to keep employees paid during the outbreak.

As of Monday, businesses in New York State had been approved for nearly 41,000 loans through the U.S. Small Business Administration’s PPP program that are worth a combined $11.74 billion. In the first look at how the $349 billion in PPP money is being distributed, New York businesses have claimed about 4.7% of the total money processed as of Monday. New Yorkers make up a little more than 6% of the country’s total population.

Schreiber, who opened his bakery 16 years ago, felt the bottom drop out in mid-March with a wave of cancellations for communions, baptisms, weddings and graduations. Non-retail sales represent 70% of the baker’s business. Gateau Suisse has remained open to the public but sales are 80% down. The baker has reduced his staff of seven to three, shortened his hours, and is not paying himself.

“I’m not sure how far this money will go,” he said. “It’s going to cover some back rent and ensure payroll and utilities for a couple of weeks but $7,000 doesn’t go that far.”

The bakery did record some Easter sales – about 50% of its usual turnover but Schreiber, who opened his shop 16 years ago, is not sure what the post-pandemic world will look like. Weddings and other parties have been postponed for the summer, which raises two questions: How will Schreiber bridge the gap until then, and more importantly, what if people are still hesitant to gather in crowds several months from now?

Schreiber plows on, baking the goodies his customers love.

“The feedback from the community has been amazing,” he added. “I believe we will survive. We’ll take it day by day.”

Coming off the typically slow winter season, Hendo Contracting in early March was gearing up for residential remodeling jobs such as siding, roofing and decks. But the phones stopped ringing for anything other than emergency repair work once the New York order to shelter in place was put into effect.

“If I don’t have four or five major jobs going, it’s tough to carry the load,” said Henderson. In response to the crisis, the contractor has furloughed five of his 14 workers, though he maintains a crew of six doing repair work. Henderson said he’s grateful for the $10,000, but it’s not enough to carry him. He’s applied for a PPP loan more than a week ago and has not yet heard anything.

The $10,000 will be used for payroll and bills but Henderson said it not enough to cover even one month. “Not even close,” he said. “Payroll alone is like $12,000 a week,” he said. He pays more than $5,000 in insurance. He’s got truck payments and other ongoing expenses.

Henderson is eagerly awaiting for the economy to reopen because he’s got jobs waiting to go. He feels optimistic about a flattening curve and Washington’s urging for life to get back to normal. The contractor, who’s 65 years old, says he’s nearing retirement but he’s fighting for his business because his two sons, who work for company, want to take up the mantle.

“I’ve lived through recessions, 9/11,” he said. “It doesn’t take that much to put a small business out of business. But I’m hopeful that we will survive this.”

Henderson and Schreiber are lucky. The EIDL was supposed to be quick cash for small businesses affected by the coronavirus pandemic. The Small Business Administration now says that a promised advance of up to $10,000 will be considerably smaller for some businesses. The SBA says the advance amount would be based on an applicant’s employee head count.

“To ensure that the greatest number of applicants can receive assistance during this challenging time, the amount of your Advance will be determined by the number of your pre-disaster (i.e., as of January 31, 2020) employees. The advance will provide $1,000 per employee up to a maximum of $10,000,” says the SBA. The scaled-down policy is a blow for businesses with less than 10 employees that were anticipating the full $10,000.