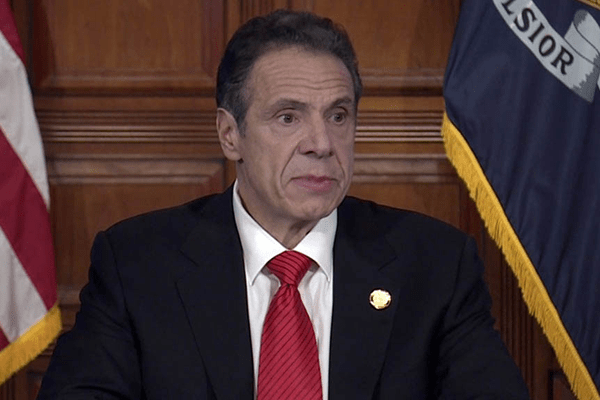 The New York State Department of Labor says anyone who is in the process of filing an application and was told to call back to complete their claim will not have to call back. NBC 4 is reporting that those trying to claim benefits should hear from a rep within 72 hours.

The major issue with the New York State Department of Labor unemployment application process has been that, after filing for unemployment online, many applicants were then required to phone the department to verify their details. However the department wasn’t prepared for the volume of calls, meaning thousands have been unable to get through.

New York launched a new unemployment application website at 7 p.m. Thursday, after thousands of New Yorkers called for urgent changes to the application process — many saying they are now in a desperate financial situation after calling the department for weeks.

New York Governor Andrew Cuomo announced Thursday afternoon that the new unemployment application system, launched in partnership with Google, would not require filers to phone the Department of Labor after applying. Instead, one of 1,000 call center staff will call the applicant within 72 hours.

“Earlier today, the Department of Labor announced that its online unemployment insurance application would shut down at 5:00 PM to allow for critical upgrades as part of their comprehensive ‘Tech Surge.’,” told the press. “Every evening, this online system closes from 7:00 PM to 7:30 AM to allow the DOL’s database to process applications. As we are currently migrating to a new system (April 9), applications will be accepted beginning at 7:30 AM today. When New Yorkers log in to the Department of Labor’s system, they will find a new, improved and more user-friendly application allowing them to better access the benefits they deserve.”

According to the Labor Department announcement, reflecting last week’s filings for unemployment benefits nationally, more than 16 million people have been put out of work in just three weeks, an unprecedented number. Two years of job losses from the last recession resulted in half that total. Businesses continue to collapse as retailers, restaurants and other companies run out of money, furlough their employees, and contemplate shutdowns or bankruptcy filings.

Many economists say the actual job losses so far are almost certainly greater, and there is wide agreement that they will continue to rack up.

There is widespread agreement that the government’s efforts to date have been too small and have come too late to stem the tide of unemployment. Federal agencies have been unable to move money in a timely way and banks have been sluggish to issue loans.

And aid to small businesses from an initial $349 billion allocation has been slow to arrive. The Paycheck Protection Program, which offers companies forgivable loans to continue covering their payroll, opened for applications on April 3, week after many companies were forced to shut down under imposed lockdowns. Only a fraction of the more than $100 billion committed has found its way to borrowers.

Many companies have had to lay off workers, rather than keeping them on full time. They figure that four months of unemployment is a better bridge to an economic recovery.

The Federal Reserve redoubled its effort to break that fall on Thursday with an ambitious plans to help companies and state and local governments gain access to funding. The Fed said its new and expanded programs could pump $2.3 trillion into the economy. The central bank’s intervention was welcomed in financial markets, with the S&P 500 stock index ending the day with a gain of almost 1.5 percent.

But additional relief from Washington hit a Senate roadblock over what to include. Republicans have proposed $250 billion to replenish a loan program for distressed small businesses, while Democrats want $250 billion more to assist hospitals and state and local governments dealing with coronavirus-related expenses and revenue shortfalls.