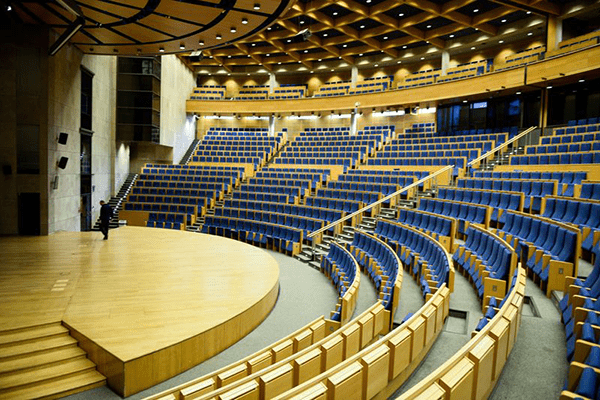 Who among us doesn’t wish we could turn the clock back to “normal,” warts and all? But we can’t. For many like Bridges, president of Proactiv Technologies, a Blauvelt-based audio/video company that provides corporate entities setups for meetings and events, the coronavirus pandemic has caused a grievous interruption to a successful 20-year business and leaves questions about its recovery.

“We got hit early,” said Bridges, who said by March 4th, his first client cancelled an April event. “At the time, I thought, ‘wow’ that seems premature.” That night he was out to dinner with his wife and friends feeling dejected over the loss of a significant piece of business. By the next day, he’d lost the entire month of March.

“I got to the point where I didn’t want to read my emails or answer the phones,” said Bridges. “There was nothing but bad news.”

Small businesses owners throughout Rockland County and beyond have seen financial promise wither as the pandemic pounds down on New York, the epicenter of the scourge, and throughout the world. The $2 Trillion CARES Act Congress has passed to provide economic support does not seemed to have kicked into gear. Banks do not appear to be prepared to offer forgiveness loans yet and unemployment phone lines in New York are impossible to get through to.

By the end of the first week of March – more than a week before Gov. Andrew Cuomo declared a stay-at-home mandate – Bridges saw the handwriting on the wall. All of his April clients cancelled events. With great pains, Bridges furloughed his longtime sales person, and friend, and his six employees.

“I had to let them go,” he said. “I needed to close my doors. I’m hoping this is temporary. I absolutely want them back. For 20 years, I’ve taken great pride to put food on the table for my family, and for the families of my employees. I feel crushed over how much hurt is coming for everyone.”

How businesses will weather the pandemic could likely boil down to two main factors: Do they have a financial cushion to see themselves through the crisis, which could linger for months, and what kinds of businesses will be altered forever by a post-pandemic world in which we are likely to behave differently? Bridges wonders how long it will take before people are comfortable meeting in close quarters. It’s too soon to know.

By March 9th, Bridges told his employees to file for unemployment. The early warning likely worked in their favor because the New York State phone lines are jammed and thousands of unemployed workers, as well as victims of the gig economy, are finding it impossible to complete their claims.

Bridges took early measures to stem the bleeding: canceling his Spotify account, an Adobe Creative program, a Microsoft subscription, cost cutting that’s within his control. But he’s on the hook for the rent, utilities, and most frustratingly, auto insurance for six vehicles that are marooned in his parking lot.

It’s difficult for small business owners to feel as though they are on terra firma. Many, like Bridges, remember how disorienting the world felt after 9/11. How the world seemed to stop and business dried up for a short while but then the nation revolted against an enemy that attempted to extinguish its spirit. Here, the circumstances feel different. We are rallying against an intangible evil – we’re fighting an invisible virus. We’re hunkering down. Fighting first and foremost to survive and support healthcare workers, first responders, nurses, doctors, and those who are on the frontline.

Bridges says he goes into his office a couple of times a week to maintain his business but he’s not sure whether June bookings will see the light of day. While some businesses are seizing on pivotal ways to provide goods and services, the Proactiv president said “I’ve wracked my brain over how to pivot but I can’t compete with virtual meeting platforms like Zoom and GoToMeeting, publicly-traded firms with resources.”

At a time of feeling helpless and often hopeless, at a moment when it is difficult to process what is happening all around us, Bridges returns to the deep wisdom garnered six years ago when he successfully battled cancer.

“The two moments are similar,” said Bridges. “I had cancer. It taught me a valuable lesson. It’s easy to think of this as something ‘that’s happening to me’. But cancer changed my thinking that this difficulty is something ‘that’s happening for me.’ It opens up possibilities beyond staying above dirt. That was the guide I used back then. And that’s what I’m using now.”

For many of us who run a small business, we are spending unprecedented time with family. We’ve cleaned our houses and have blown the dust off dormant projects we promised we’d get to one day. We’re taking walks and noticing the flowers, for sure. We’re connecting with old friends virtually and writing our great American novels.

We’re doing our best to find coping mechanisms to deal with the unknown.

“I’m hearing the laughter of my kids because I’m around more,” said Bridges. “We eat dinner together as a family. I go on long walks with my wife. I’ve moved beyond the panic, freak out and depression. I’ve carried over to what’s happening now.”