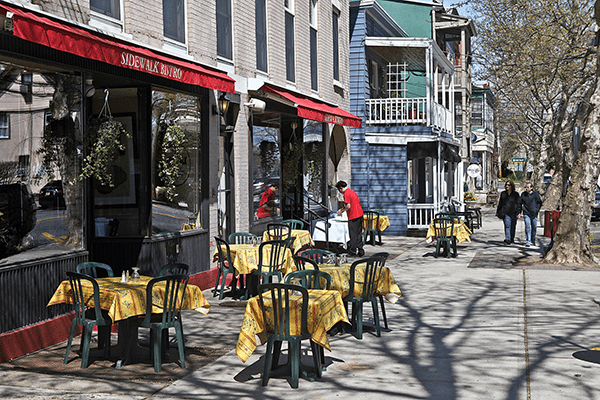 Peter Helou thinks like a jeweler. He sees the Village of Piermont as a collection of gems waiting to be strung together by a strong and glittery marketing effort to attract tourism and business activity. As the newly appointed president of the Piermont Chamber of Commerce, Helou, who is a jeweler and a car salesman, brings to the table both an eye for beauty and a knack for selling.

Piermont – replete with a host of good restaurants, galleries, mom-and-pops, the Pier on the Hudson River, a farmer’s market, and a geographic marker for men who sailed to fight in World War II – is built for consumerism. It wasn’t always the case, as Piermont through the early 1990s, was a blue collar town where Woody Allen filmed Purple Rose of Cairo. But waterfront development and the go-go economy over the last two decades has put Piermont on the map. The village attracts New York City and regional bikers and tourists who come in search of an idyllic waterfront pit stop.

But now – taking a page from Visit Nyack, an advertising and marketing campaign that has been broadcasting that village’s charms regionally and with county tourism grants – it is Piermont’s turn to use its cultural infrastructure to stimulate its economy. 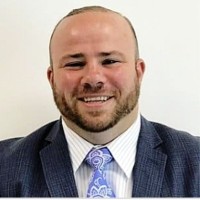 “It is time to put Piermont out there,” says Helou, 37, who lives in River Vale, NJ. “We have a lot of new energy and spirit and we’re going to put it to use.”

In addition to existing events such as Bastille Day, the weekly indoor and outdoor farmer’s markets, Rockland Arts Festival, Ladies Night Out, the Piermont Chamber is undertaking a string of new endeavors including a May 1-8th   Wine and Dine, an Octoberfest, bigger and better Christmas lights and decorations. The chamber, which has upped its annual membership rates from $150 to $200, is launching an online newsletter “This Week in Piermont,” and has hired a social media team to create online buzz.

In its application seeking economic development funds from the Village, the Chamber wrote “A major goal of the Piermont Chamber of Commerce this year is to get more people to discover Piermont and to make it easier for people find out what’s happening in our village. To do this, we plan to greatly improve our social media presence and reach, create a ubiquitous site and user experience for all things Piermont (tying in content and events from all entities such as Piermont Historical Society, Piermont Civic Association, Village, Chamber) and to improve search engine optimization (so that the most relevant and important sites show up first when doing an internet search).” The chamber is seeking $5,000.

The chamber is also requesting $4000 for lighting and fixtures to help decorate and transform Main Street for the holiday season.

Until now, Piermont has not cashed in on the autumn beauty that brings leaf peepers and tourists to the Hudson Valley. The proposed Piermont Fall Festival (slated for Oct. 3 & 4) will include a family-focused day on Saturday and a craft beer Octoberfest event for adults on Sunday. Funding sources will primarily come from sponsorship and participating vendor fees, according to the chamber, which is also seeking $6,000 in economic development funding.

Helou acknowledges the chamber has set big goals for itself but if there’s anyone who embodies that “little engine that could” story it’s Helou.

Born in Lebanon and raised since age five in Pennsylvania, Helou began his career in the jewelry business. His wife Rose hails from a New England family that has a string of jewelry stores. In 2011, the couple, who now have three children, opened Tiara, a jewelry store in Rockland Plaza. Helou jumped on the craze for fashion brands Pandora and Alex and Ani and his store thrived. But while he was building a customer base, he watched cranes and earthmovers build The Shops at Nanuet and thought “what if another jeweler takes space in the mall and pulls away my business?”

Fueled by that concern, Helou made a grievous error in judgement. He jumped across the street but miscalculated buildout costs and overhead. Helou had to follow the mall’s rules and keep his store open an extra 30 hours a week, which racked up personnel costs.

“The mall was a beautiful idea,” said Helou. “But it didn’t bring the people we thought it would bring from Bergen County, Westchester. We didn’t get new clientele. And over time, foot traffic declined.”

Things went south for Helou. The fashion brands – once his ace in the hole – lost traction as more consumers gravitated to the internet. Mall traffic continued to slow. Kay Jewelers packed up and left. In less than three years, Helou closed the store and filed for personal bankruptcy.

It was a low point. Helou felt ashamed. But the scrappy entrepreneur with a salesman’s instinct and a penchant for reinvention bailed himself out with a job at a car dealership. He rose in the ranks, rebuilding his confidence and readying himself to return to his dream – only this time on Main Street instead of at the mall.

In October 2018, Helou rented a small space on Piermont’s Main Street to open a jewelry boutique Le Reine, only this time around he’s focused on special order and customized jewelry using AutoCad technology. “Rarely does someone pick a piece of jewelry out of the case anymore,” Helou said. “The customer wants to build it their way, to shape it, to make it their own.”

This too can be said about Helou’s desire to shape his future, as well as Piermont’s. At heart, he is a man with big ideas, eager to design a better mousetrap. But he has learned it is much easier to excite and collaborate with a locally-based group of restaurateurs like Doug Stone (DVine Pie), Joe Serra (The Souk and Piermont Farmers market) and artists like Nancy Loving than to duke it out in the mall environment. For Helou, Main Street is the street that’s paved with gold.