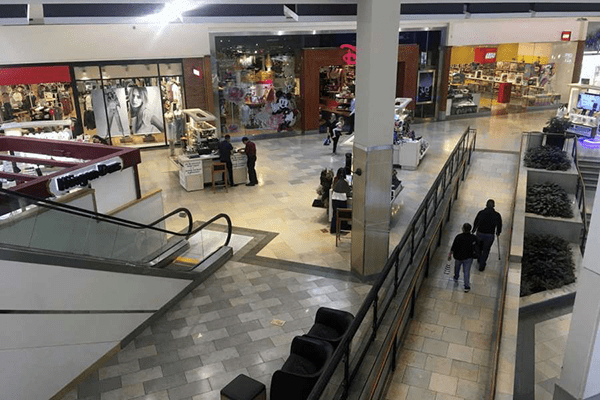 The timing could not be worse. With malls already suffering from declining traffic, analysts expect that fear caused by the spread of the coronavirus is likely to further dampen traffic.  According to Coresight Research, some 27.5% of U.S. respondents said they’re avoiding public areas at least to some extent, and 58% plan to if the outbreak worsens.

Of those who have altered their routines, more than 40% say they are avoiding or limiting visits to shopping centers/malls and more than 30% are avoiding stores in general, according to the report.

Shopping centers and malls are the third most likely places to be avoided, just behind public transportation and international travel, the report showed. For those most likely to change their daily habits if the situation gets worse, avoiding malls becomes their first priority, with 74.6% expecting to limit such visits. Other shopping, like grocery shopping, is less vulnerable, although over half of avoiders could steer clear of, or reduce their visits to, retail stores, the study said.

There are more than 90,000 reported cases of coronavirus and 3,000 deaths worldwide. Cases in the U.S. have been escalating, up to more than 100 with a death toll of six. The White House has pressed the pharmaceutical industry to “accelerate the development” of vaccines and therapies to contain the outbreak and has hinted at further travel restrictions.

The infection in the U.S. is expected to grow, along with economic impacts. Drug companies have said that it will take between a year and 18 months to produce a viable vaccine that can be deployed widespread.

While the White House, which has appointed Vice President Mike Pence to coordinate the crisis, is trying to urge people to be calm, people naturally respond to viruses that spread quickly and have no cure. Though it’s impossible for most people to quarantine themselves from work and other obligations, they can choose to avoid non-essential public spaces, particularly those with large crowds, such as malls.

The  Coresight study found older shoppers are the more likely to stay away from malls. Among those already taking precautions, for example, over half of those over age 60 say they’re avoiding malls, compared to just over a third of those ages 18-29.

But that rose to 20% in the final two days of their research. Falling confidence is likely to persist if the stock market continued to rollercoaster or freefall, as it did last week. “Depending on the virus’ spread and equity market reaction … there is significant risk that virus fears dampen sentiment,” Wells Fargo Senior Economist Tim Quinlan wrote. ​”Consumers are sensitive to big stock market moves, and the recent 14% selloff in equity markets is likely to manifest itself in the March survey.”