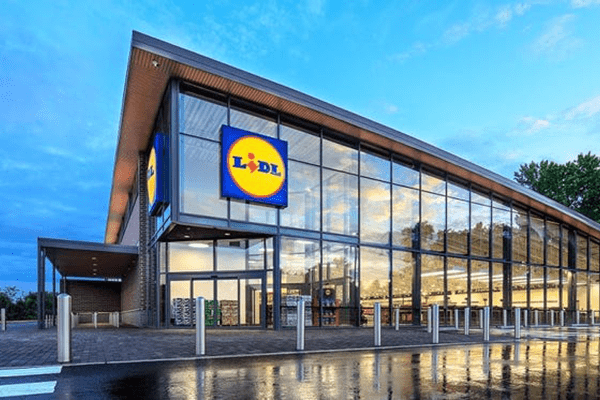 Tappan Plaza Will Need Planning Board Approvals For Freestanding Building

Lidl, a popular European supermarket, is seeking to open a location at Tappan Plaza shopping center on Route 303 in the Town of Orangetown.

German based discount grocer Lidl is opening stores nationwide. There are several in New Jersey, Long Island and Staten Island. The chain broke into the American market in 2017 with plans to open 100 stores but have not reached their goal yet. The Rockland location would be their first foray in the Hudson Valley.

Lidl is continuing its expansion throughout both New Jersey and the United States, and stores in Cherry Hill and Howell are slated to open Feb. 26.

Supermarket News reports the retailer is planning to top 100 stores by the end of 2020 with locations in nine states. They currently have 77 stores.

Lidl, founded in 1930, operates 10,000 stores across Europe and the U.S. Lidl, which is part of Schwarz Gruppe, established its American headquarters in Virginia in 2015.

A similar competitor is Aldi, a German competitor that has opened two Rockland locations, mostly recently in Nanuet.

Tappan Plaza shopping center owner Benbrooke filed for a building permit late last year to demolish a portion of the Tappan shopping center to construct a 25,656-square-foot freestanding supermarket with an estimated construction cost of $3.2 million. The application, which requires planning board approval was denied, pending review.

In the cutthroat U.S. supermarket industry with razor-thin profit margins, Lidl stores are generally smaller, averaging 20,000 square feet with six aisles.  About 90% of the merchandise will be exclusive brands, according to the company. Among the offerings are certified fresh and frozen seafood, wines, fresh produce and baked goods and organic and gluten-free products. Lidl competes with traditional chains, like Kroger, and more specialized stores, such as Whole Foods Market, as more healthful eating moves to the mainstream. Big-box retailers, such as Walmart, are upping their grocery game too.