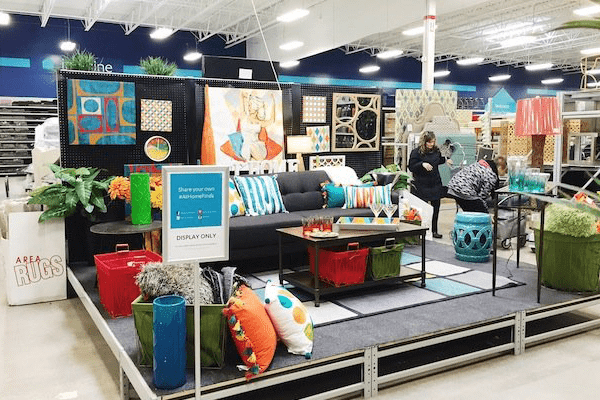 At Home, the Plano, Texas-based home decor superstore retailer that will occupy the former Macy’s store in Nanuet, is set to open April 1st, according to a source close to the deal.

The fast-growing retailer, which plans to open grow its chain from about 180 to more than 600 stores, is trying to defy the odds as home furnishing stores nationwide are collapsing under the weight of internet sales.

At Home has signed a 10-year lease for the 100,000-square-foot store. The brand is a “self-help,” warehouse-style home décor superstore that generally sells more than 50,000 home furnishing items in a variety of styles and for low prices.  Offerings include furniture, mirrors, rugs, art, housewares, patio, and seasonal products. At Home does not sell online. The company believes women, who comprise 85% of its consumer base, want a tactile shopping experience. More than 400 new products arrive on the shelves weekly.

Nevertheless, UBS estimates that up to 16% of total retail sales today are Internet based, and that number is expected to rise to 25% by 2026. Based on this projection, UBS estimates the number of store closings will hit 75,000 in just six years.

Hardest hit among retailers are clothing brands, consumer electronics companies and home furnishing businesses. Analysts are closely watching the furnishing trade’s home decor, accessories and gift sectors following a nearly unprecedented series of store closings over the first month of 2020. The closures of stores like Bed, Bath and Beyond, Pier 1, Macy’s and Kirkland’s could benefit stores such as Target, HomeGoods, Wayfair, At Home and even Walmart.

According to the Telsey Advisory Group, Wayfair, HomeGoods, Target and At Home to be best positioned to pick up market share. Data and traffic tracking company

At the start of January, Pier 1 Imports, struggling to stay out of bankruptcy, said it was closing half of its entire retail fleet, amounting to some 450 stores. Many observers think this is in fact a prelude to Chapter 11, and that it’s possible that the entire chain will eventually close. The home goods retailer Bed Bath & Beyond has sold about half of its real estate including stores and at least one distribution center to a private equity firm and lease the space back to pay down debt.

Kirkland’s, the home decor chain known for its nostalgia-tinged accents, said it would close 27 of its 432 locations, or about 6 percent of its total. Of less importance to home accent companies but still a large presence in the overall gift space, stationery resource Papyrus filed for bankruptcy in January and is liquidating everything, including its 245 retail locations.

Meanwhile, Bed Bath & Beyond has already announced last October that it would close 60 more stores this year, including 40 under its namesake banner, and indicated more shake-ups to come in 2020. The Palisades Center location is shuttering its store.

Other national retailers, like Macy’s, J.C. Penney, Sears, Kmart and Kohl’s have all announced store closings over the past few months. Macy’s, which has a home furnishings department featuring private label brands like Home Design and Charter Club, is closing at least 28 stores this year including one Bloomingdale’s location, which also has a home furnishings department, the company disclosed.

Overseas, Ikea has confirmed plans to shut its Coventry store, marking the first major UK site closure since the Swedish retailer arrived in the UK. The planned closures come as the company deals with less foot traffic.

Net sales for the third quarter plummeted more than 13 percent to $358.4 million. That number was $413.2 million in the same quarter for the previous fiscal year. Company comparable sales fell more than 11 percent compared to the same period a year ago.

Despite RH’s plummeting stock two years ago, the home store has bounced backed. RH’s stock has increased 70 percent over the past 52 weeks and the company reported year-over-year earnings growth of 66 percent with revenue climbing nearly 8 percent.

Left also noted, “RH is the only luxury platform with no competition, a tremendous moat, a brand that is loved by millennials, and a business that has yet to go international, and most importantly the most desirable buildings in almost every major U.S. city.”

It’s quite a turnaround for the luxury home retailer, which sells its merchandise at its retail stores, online and through a catalog. Located in Corte Madera, California it revamped its business model in 2017 and raised its prices, elevating itself to compete with brands like Crate & Barrel, Ethan Allen and Pottery Barn.

It specializes in modern home furnishings and the beach and ski second home market charging thousands of dollars for coffee tables, beds, rugs, and art. Its Manhattan upscale rooftop restaurant with a menu curated by famed Chicago restaurateur Brendan Sodikoff of New York City steakhouse 4 Charles Prime rib is a pull for consumers.