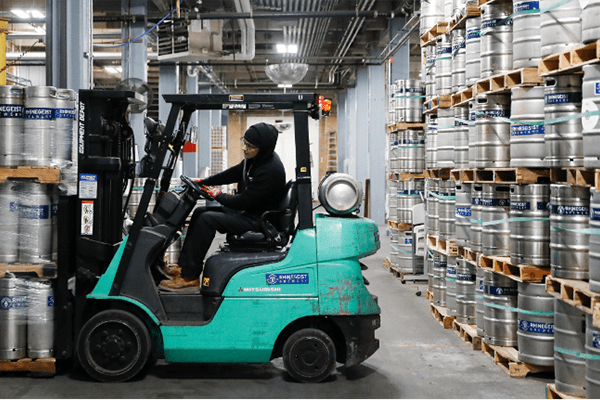 Business leaders across Upstate New York have grown more pessimistic about the state’s economy but more than half of CEOs for private and nonprofit companies polled do not believe the economy will slip into a recession between now and the end of 2020, according to the thirteenth annual Upstate New York Business Leader Survey from Siena College.

A year ago, 27 percent of business leaders felt pessimistic; this year that number has declined to 17 percent, citing that business conditions in New York are better. However, 36 percent, up from 26 percent last year, say conditions have worsened.

“Across Upstate, business leader confidence has dropped this year as CEO’s have a less positive assessment of current conditions as well as growing concerns about the future. While few see a recession on the immediate horizon and well over half predict that their business will continue to be in business ten years from today, many are concerned about headwinds including governmental regulation, health care costs and workforce suitability,” said Siena College Research Institute Director Don Levy.

Leader confidence, based on interviews with 667 business leaders of companies from the Capital Region, Central New York, the Finger Lakes region, the Mid-Hudson region, Mohawk Valley/Southern Tier, North Country, Westchester, and Western New York, stands at 75.3, down from 96.6 last year, well below the breakeven point of 100 at which overall optimism and pessimism towards the current and future economic conditions are balanced.

Two-thirds of CEO’s point to health care costs as a challenge while 65 percent cite governmental regulation and 58 percent are challenged by taxation. Only 6 percent say New York State is doing an excellent or good job of creating a business climate in which companies like theirs will succeed and only 13 percent are somewhat or very confident in the ability of the state government to improve the business climate. Majorities of CEO’s continue to call for spending cuts (53 percent), business income tax reform

“Over half, 51 percent, say the Paid Family Leave Act has had an adverse impact on their business. More, 53 percent, say minimum wage increases have hurt their business and 54 percent expect legislation to both reach zero carbon emissions in the electricity sector by 2040 and reduce greenhouse gas levels by 2050 will have an adverse effect on the New York State economy,” Levy said.

“About four of every ten CEO’s continue to give the federal government pro-business grades, over one third have confidence in Washington’s ability to improve conditions and 47 percent say that the federal tax reform has had a positive impact. Still adding to their poor assessment of state government and their negative reaction to recent legislation including the Paid Family Leave Act and minimum wage increases, a majority say the general business climate in their immediate area is staying the same while a third say it is worsening, and only 28 percent rate local governmental support for business as either good or excellent,” Levy said.

“When asked to rate the job applicants they see on seven attributes, CEO’s assessments of potential employees are down in every category from what they thought in 2013 and in every case – technical skills, verbal skills, writing skills, initiative, work ethic, being realistic about compensation and professionalism – no more than 32 percent give applicants a grade of excellent or good,” Levy said