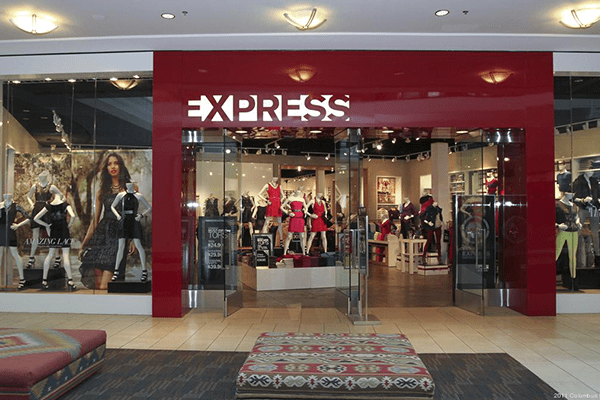 Express, the trendy apparel store with locations in the Palisades Center and The Shops at Nanuet plans to close about 100 stores by 2022, including nine already closed last year, 31 by the end of this month and 35 by the end of January 2021.

The company as of November 2019 operated more than 600 stores, according to a document filed with the Securities and Exchange Commission. Express will also aim for savings through negotiations as store leases come up for renewal.

The closures are part of a three-year, $80 million expense reduction plan that, in addition to the brick-and-mortar adjustments, will entail finding efficiencies in e-commerce, marketing and the supply chain. That’s on top of the 10% corporate workforce reduction announced earlier this month.

Apparel retailers have been among the hardest hit in the string of bankruptcies and closures that have upended the retail market in Rockland County and nationally.

Both department stores and chains have been disappearing from the retail landscape. Rockland County has lost Macy’s, Sears, J.C. Penney, Lord & Taylor, and several chains including Charlotte Russe, Destination Maternity, and Avenue.

While retail as a whole struggled during 2019, a number of companies that filed Chapter 11 are in the apparel category. Additionally, there are companies that are teetering on the edge with either a high or elevated risk of bankruptcy including Ascena, J. Crew, RTW Retailwinds, Tailored Brands, Express and J. Jill. Department stores are largely in the same boat, too, because they have heavily favored apparel in their product mix in recent decades.

In 1987, the average consumer allocated 5.9% of their spending to apparel, but by 2017 that number had decreased to 3.1%, according to a Deloitte report. A number of factors, including a dressed-down workforce, a shrink in the middle class and increased competition means that retailers are fighting for fewer apparel dollars.

The one part of the industry that may prove to be the segment’s saving grace — at least temporarily —​  is secondhand clothing. Resale has grown 21 times faster than the wider apparel market over the past three years. Secondhand retailer ThredUp recently forged partnerships with more traditional retailers including Macy’s, J.C. Penney and Madewell. Additionally, luxury resale company TheRealReal made a splash when it launched an IPO during the summer of 2019. The rise of secondhand apparel comes as Gen Z shoppers have largely refused to pay full price on clothing, citing affordability as their top value when making purchasing decisions.