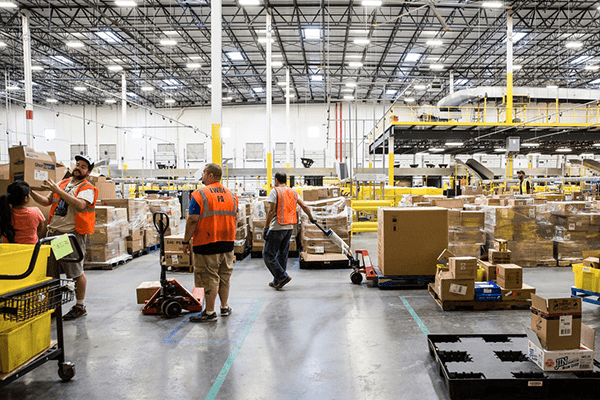 Maybe one day Amazon will give Rockland a piece of itself but for now Orange County will take the spoils. The sprawling retailer is planning on building a one million square foot warehouse at the intersection of Route 17K and 747 not far from the Rockland border in the Town of Montgomery.

The 1,010,880-square-foot warehouse is proposed as a non-sortable fulfillment center, adding to its roster more than 75 fulfillment centers nationwide. This center would be designed to store large, bulky items such as patio furniture and outdoor equipment.

The project, proposed for a 190-acre tract of land, would included 1,060 car parking spaces, 225 trailer parking spaces and a water-waste treatment plant.

But Orange might not be getting Amazon too soon either.

In a new lawsuit filed in state Supreme Court in Orange County, Lerner Pavlick Realty, a Monticello-based owner and leaser of commercial properties, cites a 2010 zoning map, which the company asserts is the town’s most recently adopted version.

The company contends that the zoning map incorrectly identifies 85 acres, in the heart of the planned Amazon site along Route 747, as being zoned for a large warehouse. That incorrect zoning classification is for a so-called industrial park district, the suit contends.

But a town law, adopted in 2010, identifies the 85 acres as part of an interchange business district, according to the suit. And, according to town zoning codes, such districts are limited to restaurants, service businesses, offices and hotels, among other uses.

Interchange business districts do not permit warehouses of three or more truck docks or bays, and warehouses with two or fewer docks require a special use permit, the town code states.

Only three of the four parcels in Amazon’s site are zoned as an industrial park district, according to the suit. In recent months, the town planning board granted the project’s developer, Bluewater Industrial Partners, a special exception use permit and site plan approval to build a 1-million-plus-square-foot warehouse on those parcels.

Next Steps For Amazon’s Application

Amazon needs to seek approvals from Montgomery’s Town Board, Zoning Board of Appeals and Planning Board. Then Amazon returns to the town’s Industrial Development Agency, where it will be seeking a tax break of $25.3 million.

Although not unanimously, the IDA approved the same amount of a payment-in-lieu-of-taxes (PILOT) agreement in November to its original developer, Bluewater Industrial Partners LLC, amid controversy among residents.

Under the 15-year PILOT arrangement, no taxes would be assessed during the first five years, then the tax bill would gradually rise, on a sliding scale starting at 50 percent, to the full amount, which was $2.78 million annually under the most recent rates.

The warehouse would create at least 800 jobs with an average annual salary of $32,156, according to its application.

At a recent public hearing, town officials and residents expressed concerns about giving tax benefits to a company with one of the highest market values in the world. Potential impact on traffic and sewer are also raised questions.

Supervisor Brian Maher suggested the previous approval should be withdrawn because the exemptions would have massive and detrimental long-term financial consequences to the local taxing authorities. He referred to a recent report that Amazon’s approximate market value is nearly one trillion dollars, and another applicant, Medline, recently withdrew its application for the same type of development project.

“Amazon is exponentially large and certainly will not suffer any consequences to its existence and operations should the instant application be denied,” Maher said.

A Town of Montgomery property owner is seeking to halt plans for an Amazon warehouse, suing the developer, the town and the town planning board, claiming part of the warehouse property is improperly zoned.